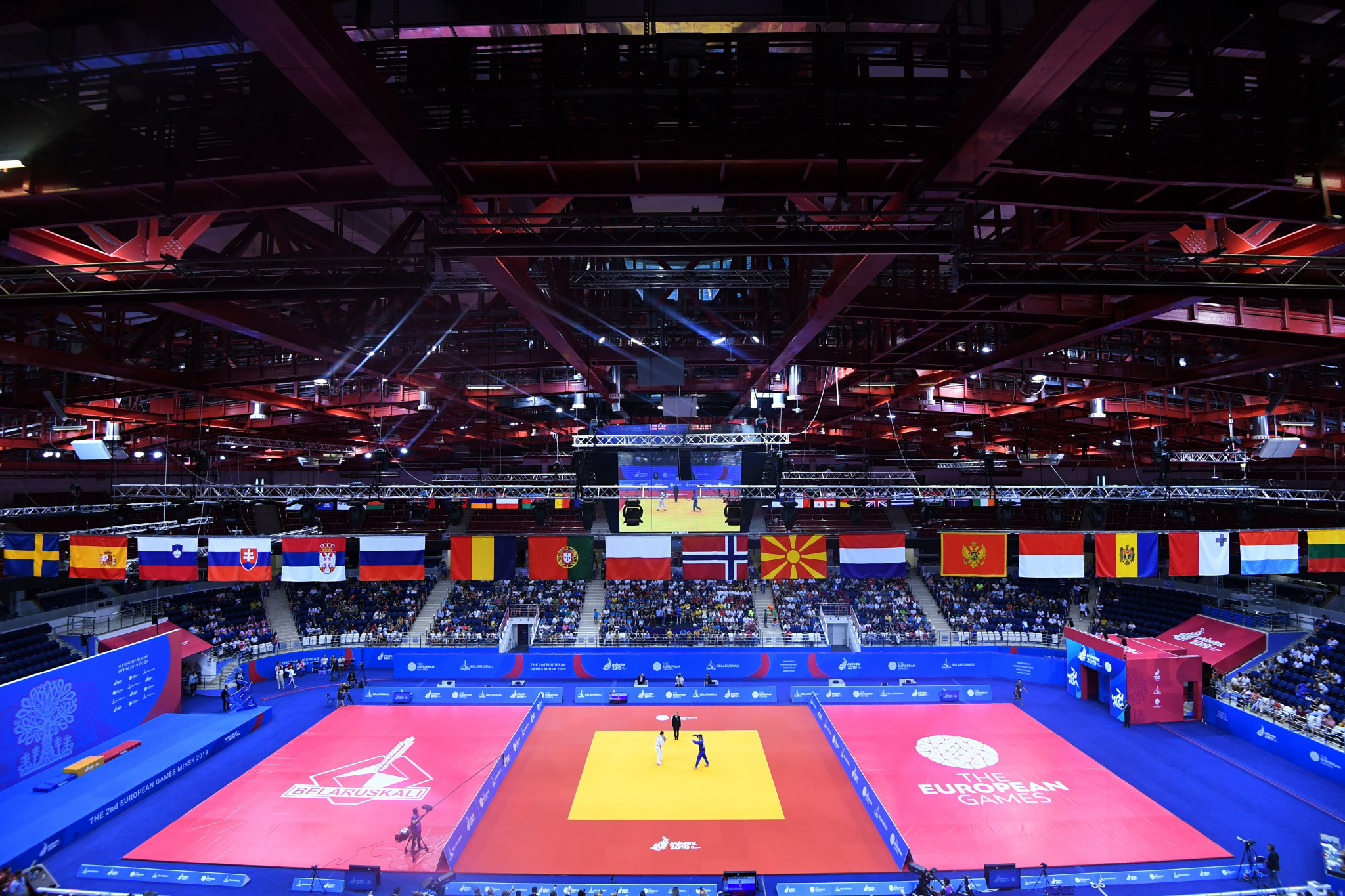 The inclusion of judo on the sport programme at the 2023 European Games in Kraków-Małopolska in Poland has taken the total number of sports included to 21 - with kickboxing and beach soccer also added.

Judo has appeared at both European Games to date.

Results will contribute to the International Judo Federation’s (IJF) mixed team world rankings, which will be used for seeding at the Olympic Games in Paris in 2024.

Of the judoka who competed at the European Games in the Belarusian capital Minsk in 2019, 36 won medals at Tokyo 2020, including France’s Clarisse Agbegnenou and Margaux Pinot.

"The European Judo Union is proud to be part of the third European Games with the Mixed Team European Judo Championships," EJU President Sergey Soloveychik said.

"This ranked competition in the Olympic format is the pride of EJU and one of our most spectacular events.

"We are glad to invite everyone to follow it inside the programme of the European Games 2023 Kraków and Małopolska, Poland.

"The EJU has supported the project of the European Games since its first edition.

"The European Judo Championships in Baku and Minsk were a big success and a remarkable showcase of judo.

"Participation at the Games is a unique opportunity for European athletes and referees to feel the atmosphere and format of an Olympic multisport event as well as being a wonderful possibility for our member federations to benefit from an invitation inside the EOC and host city support."

The chair of the EOC’s Coordination Commission for Kraków-Małopolska 2023, Hasan Arat, added: "Judo is a valued member of the European Games family and we are thrilled to have the Mixed Team European Championships taking place at Kraków-Małopolska."

Beach soccer has also been confirmed on the programme for the next edition of the European Games, another sport to be making its third appearance.

Kickboxing is to make its debut at the Games, featuring 128 competitors in the ring and tatami disciplines.

NOW CONFIRMED:EUROPEAN GAMES 2023 WITH ADDITION OF KICKBOXING
The European Olympic Committee included kickboxing in the sport programme of the European Games Krakow 2023 where we will see 128 athletes competing in ring (full contact) and tatami (point fighting, light contact). pic.twitter.com/2VRZkVjv1E

EOC President Spyros Capralos said he was pleased to welcome kickboxing and beach soccer to the programme.

"Beach soccer has already been a success at our Games and its party-like atmosphere is again likely to make it a must-see sport for everyone in Poland," Capralos remarked.

"With kickboxing, they have a clear vision for the development of their sport and have been creating opportunities for their top athletes globally.

"We are excited to see them at our Games and look forward to having another modern and exciting sport being showcased at the continental level."

The European Games in 2023 are due to run from June 21 to July 2, and the city of Kraków as well as the Małopolska and Śląsk regions were confirmed as hosts in 2019, although a firm contract is yet to be signed.