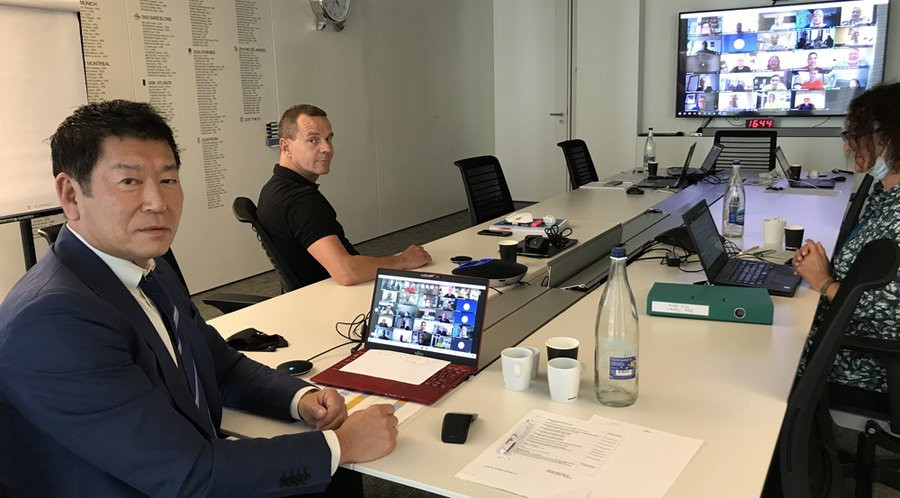 Gymnasts are set to be given permission to wear head coverings at major events following a proposal from the sport's worldwide governing body.

The International Gymnastics Federation (FIG) Executive Committee agreed that athletes wanting to wear head covers "must be allowed to do so as long as the covering respects safety conditions and clothing requirements".

A proposal to relax the rules to allow the wearing of head coverings will be on the agenda for the next Executive Committee meeting, where it is likely to be approved.

"To be permitted, the head covering will most notably have to be tight fitting around the head and leave the athlete’s face fully exposed, so that it causes no safety risk while the athlete is performing," the FIG said in a statement.

"It will also have to be the same colour as the competition attire."

The move will be the latest change to longstanding uniform rules after the German women's artistic gymnastics team wore full-length unitards at the Tokyo 2020 Olympic Games to challenge a perceived sexualisation of females in the sport.

The kit sported by the German squad, comprising combined leotards and leggings extending to the ankles, first featured at the European Championships in April.

While it has always been permitted, the uniform attracted positive attention at Tokyo 2020 and was widely praised on social media.

The FIG has also given the green light to athletes being allowed to warm up on their apparatus before individual event finals at events including the World Championships and Olympic Games.

Athletes and some officials had criticised the FIG for banning warm-ups prior to apparatus finals, which are permitted before the individual and team all-around competitions.

"The right to have a one-touch warm-up will come into force as soon as the amendment to the Technical Regulations is approved by the FIG Council," the FIG said.