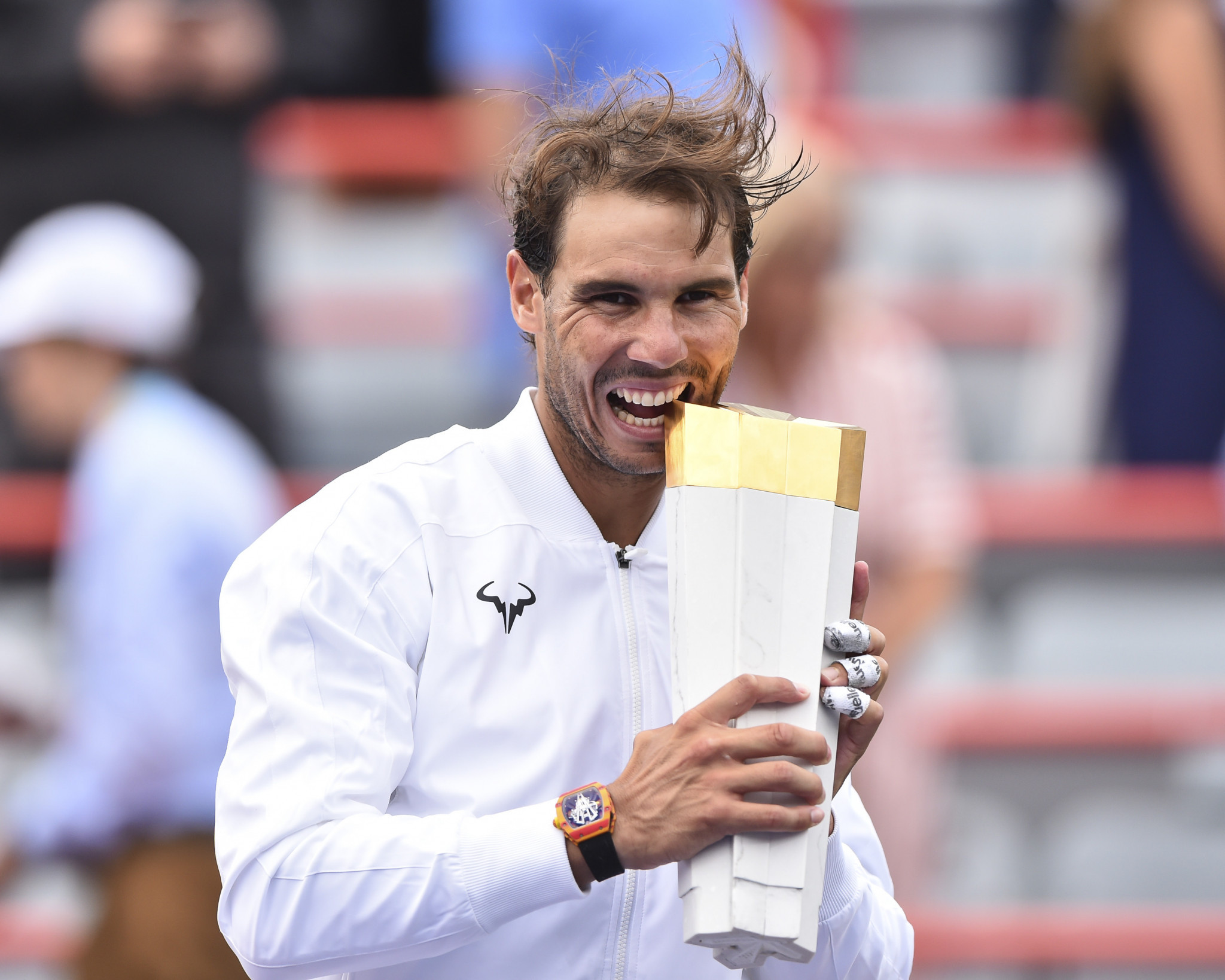 Defending champion and 20-time major winner Rafael Nadal has withdrawn from the Canadian Open because of a foot injury.

The Spaniard has also missed Wimbledon and the Olympic Games in recent months, and will be replaced in the men’s singles draw by lucky loser and compatriot Feliciano López, who was beaten by Japan's Yoshihito Nishioka in qualifying.

López will now face South Africa’s Lloyd Harris in the second round.

Meanwhile, number one seed Daniil Medvedev of Russia overcame losing the first set to Kazakhstan’s Alexander Bublik to progress to the third round of the Association of Tennis Professionals (ATP) Tour Masters 1000 tournament, and he is joined by Greek Stefanos Tsitsipas in the opposite half of the draw after the world number three defeated France’s Ugo Humbert despite losing a 22-minute tiebreak in the second set.

Humbert had knocked Tsitsipas out of the Olympic Games tournament at the end of last month.

Sixth seed Casper Ruud of Norway saw off Croatia’s Marin Čilić to reach the last 16, while American Reilly Opelka defeated Grigor Dimitrov in straight sets to make the Bulgarian the first seeded player to be eliminated.

In the first-round action, Olympic silver medallist Karen Khachanov of Russia beat Britain’s Cameron Norrie and will meet compatriot Aslan Karatsev in the second round, with the winner to face Tsitsipas.

Georgia's Nikoloz Basilashvili and Serbia’s Dušan Lajović both bounced back from losing the first set to win their ties, while former Canadian Open finalist Kei Nishikori of Japan also progressed after a three-set match against Serbian Miomir Kecmanović.

American pair John Isner and Frances Tiafoe, as well as France’s Benoît Paire, all eased through to the second round in straight sets.

In the women’s singles tournament at IGA Stadium in Montreal, defending champion Bianca Andreescu of Canada reached the third round with a 6-1, 3-6, 6-3 victory over Britain’s Harriet Dart.

Fellow seeded players Petra Kvitová of the Czech Republic and Victoria Azarenka of Belarus are safely through to the third round after straight-sets wins, despite a rain-enforced delay to the latter’s match, and they are joined by another Czech in Kateřina Siniaková as she upset fifth seed Garbiñe Muguruza of Spain.

In the remaining first-round action, seeded players Anastasia Pavlyuchenkova from Russia and Coco Gauff of the United States triumphed in straight sets, but Belgium’s Elise Mertens and Kazakhstan’s Elena Rybakina were beaten by Camila Giorgi of Italy and Russian Liudmila Samsonova respectively.

Britain’s Johanna Konta was on the brink of levelling her match against China’s Zhang Shuai at one set all when her opponent retired.

Top seed Aryna Sabalenka gets her tournament underway tomorrow with a match against Stephens, while Romania’s two-time winner of this event Simona Halep makes her return from injury against Collins and 2017 Canadian Open champion Elina Svitolina of Ukraine faces Konta.

There was a shock in the women’s doubles as third seeds Nicole Melichar and Demi Schuurs of the US and The Netherlands respectively lost a final-set tiebreak 10-4 to American Catherine Harrison and Norway’s Ulrikke Eikeri.

Latvian Jelena Ostapenko and Ukrainian Dayana Yastremska won a deciding tiebreaker 12-10 against Océane Dodin of France and Kamilla Rakhimova of Russia, while Poland’s Magda Linette and the US’ Bernarda Pera progressed without losing a match to Oksana Kalashnikova of Georgia and Heather Watson of Britain.

In the men’s doubles, Hurkacz and Italian partner Jannik Sinner were knocked out by fifth seeds Lukasz Kubot of Poland and Marcelo Melo of Brazil in the first round.

Eighth seeds Rohan Bopanna of India and Ivan Dodig of Croatia defeated Italian duo Fognini and Lorenzo Sonego in straight sets, as did Simone Bolelli of Italy and Maximo Gonzalez of Argentina against Canada’s Peter Polansky and Brayden Schnur.