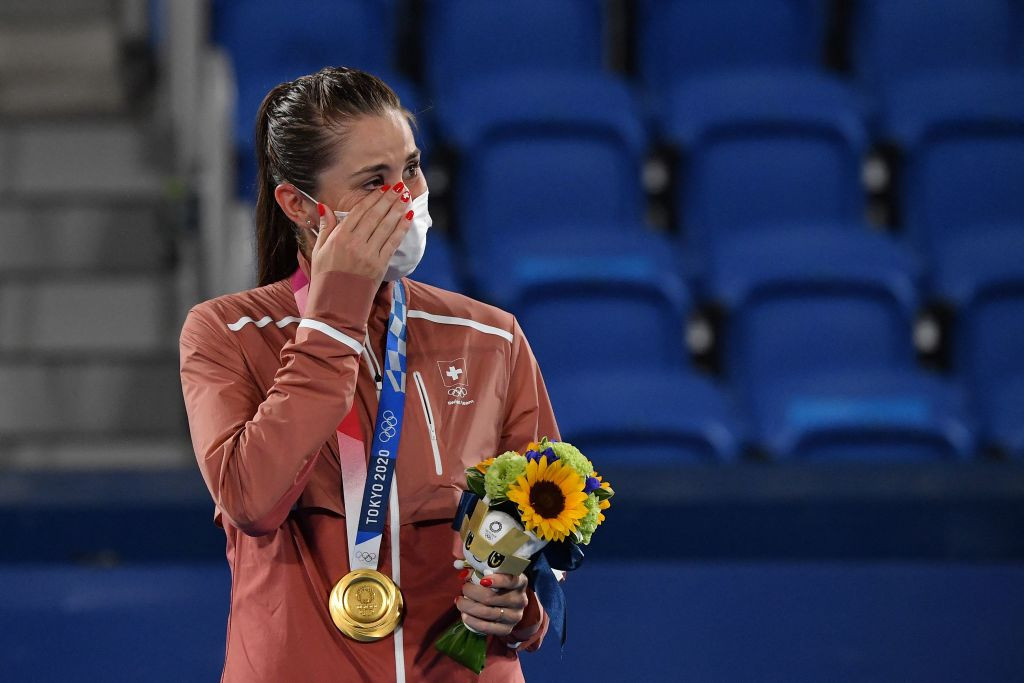 The Swiss ninth seed and world number 12 won 7-5, 2-6, 6-3 in two-and-a-half hours in humid conditions to make history for her country and complete the first half of a potential golden double at Tokyo 2020.

Bencic is also the first Swiss tennis player to win an individual gold medal at the Olympics, with the country's only previous triumph at the Games coming when Roger Federer and Stanislas Wawrinka topped the podium in the men's doubles at Beijing 2008.

The 24-year-old, who has a career-high world ranking of four, collapsed to the court after she sealed the biggest title of her career.

"I have no words how this happened and this is for sure the biggest thing I ever achieved and I will ever achieve.

"I'm just so thankful and happy and grateful that it happened for me in this Olympic Games."

Bencic was made to work hard for her victory by Vondroušová, who had knocked out pre-tournament favourite and Japanese star Naomi Osaka - who lit the Olympic Cauldron during the Opening Ceremony - in the third round.

Both players exchanged breaks early on and struggled to find their rhythm on a hot and humid night in the Japanese capital.

The decisive break came in the last game of the set as Bencic closed out the opener, which sparked the Czech into life.

Vondroušová looked to have found her range in the second set and started the third the brighter of the two, before Bencic gradually began to seize control.

The Swiss broke to move 3-1 in front but was pegged back by Vondroušová.

Bencic led 4-3 before a medical timeout and won both games after returning to the court to secure the Olympic title.

World number one Novak Djokovic, who was hoping to maintain his bid for the golden slam, leaves Tokyo empty handed after the Serbian player lost the bronze medal match to Spain's Pablo Carreño Busta.

Djokovic, the reigning Australian Open, French Open and Wimbledon champion, showed signs of visible frustration, breaking one racket and throwing another, in a 6-4, 6-7, 6-3 defeat to the Spaniard.

The Serbian later withdrew from the mixed doubles bronze medal match, where he had been due to partner Nina Stojanovic against Australia's Ashleigh Barty and John Peers, through injury.