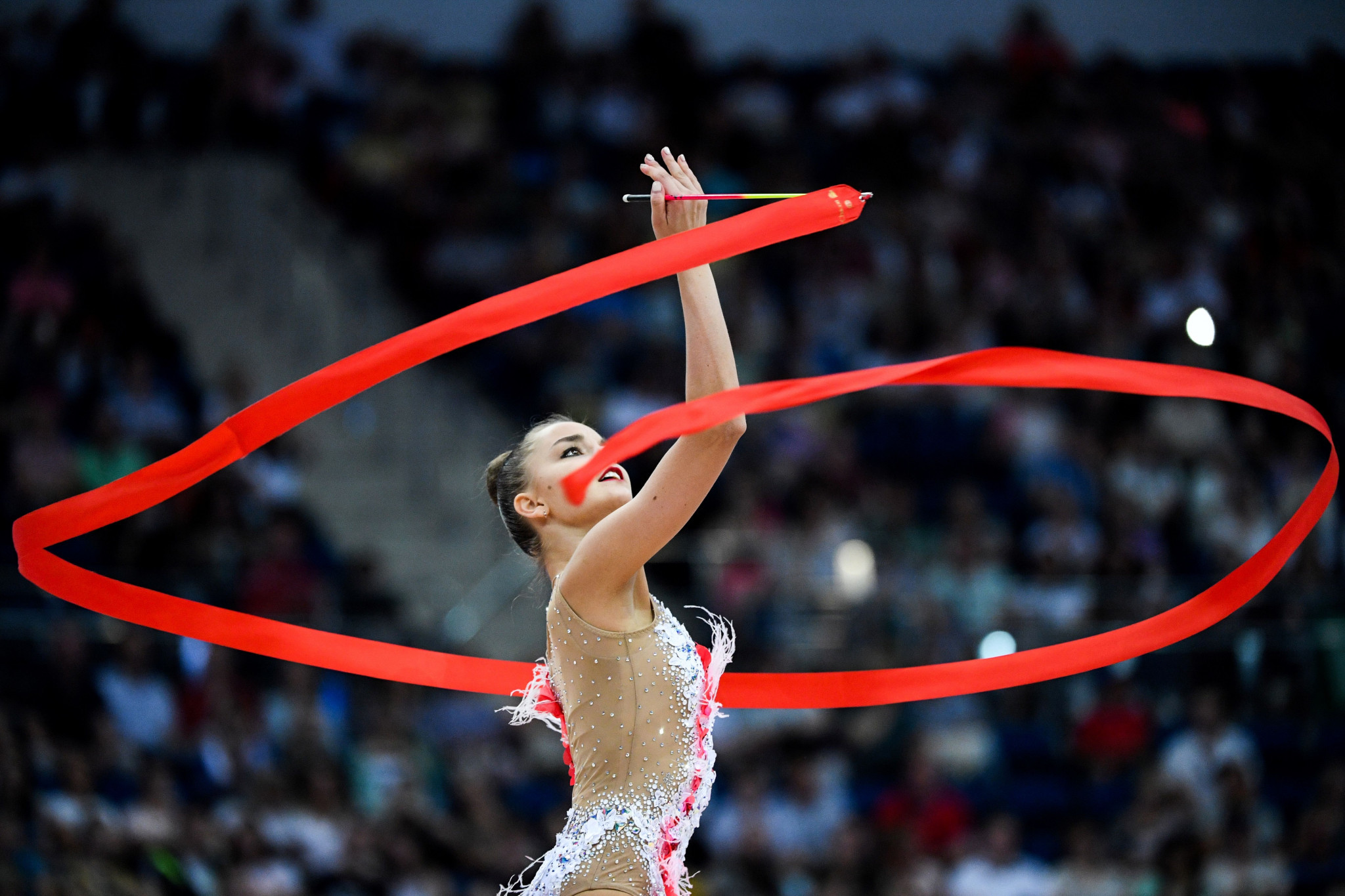 The three-time all-around world champion won all four disciplines at the latest leg of the FIG World Cup series.

First in the hoop, she finished in front of compatriot Lala Kramarenko for the win with a total of 27.300, while Latvia's Jelizaveta Polstjanaja claimed bronze.

Averina and Kramarenko completed a one-two again in the ball, with the former scoring 29.400 for the gold.

The same podiums were copied in the clubs and ribbon categories, which Averina won in 29.000 and 25.900 respectively.

Russia added two team golds to round off a successful weekend of results, winning the five balls category in front of Uzbekistan and Japan.

Russia again finished ahead of Uzbekistan and Japan in the four clubs and three hoops.

Their medal haul in Moscow meant Russia extended their lead at the top of the medal table for the 2021 FIG Rhythmic Gymnastics World Cup Series with 19 golds, 18 silvers and eight bronzes.

Bulgaria and Israel are second and third in the table with 11 and seven gold medals respectively.