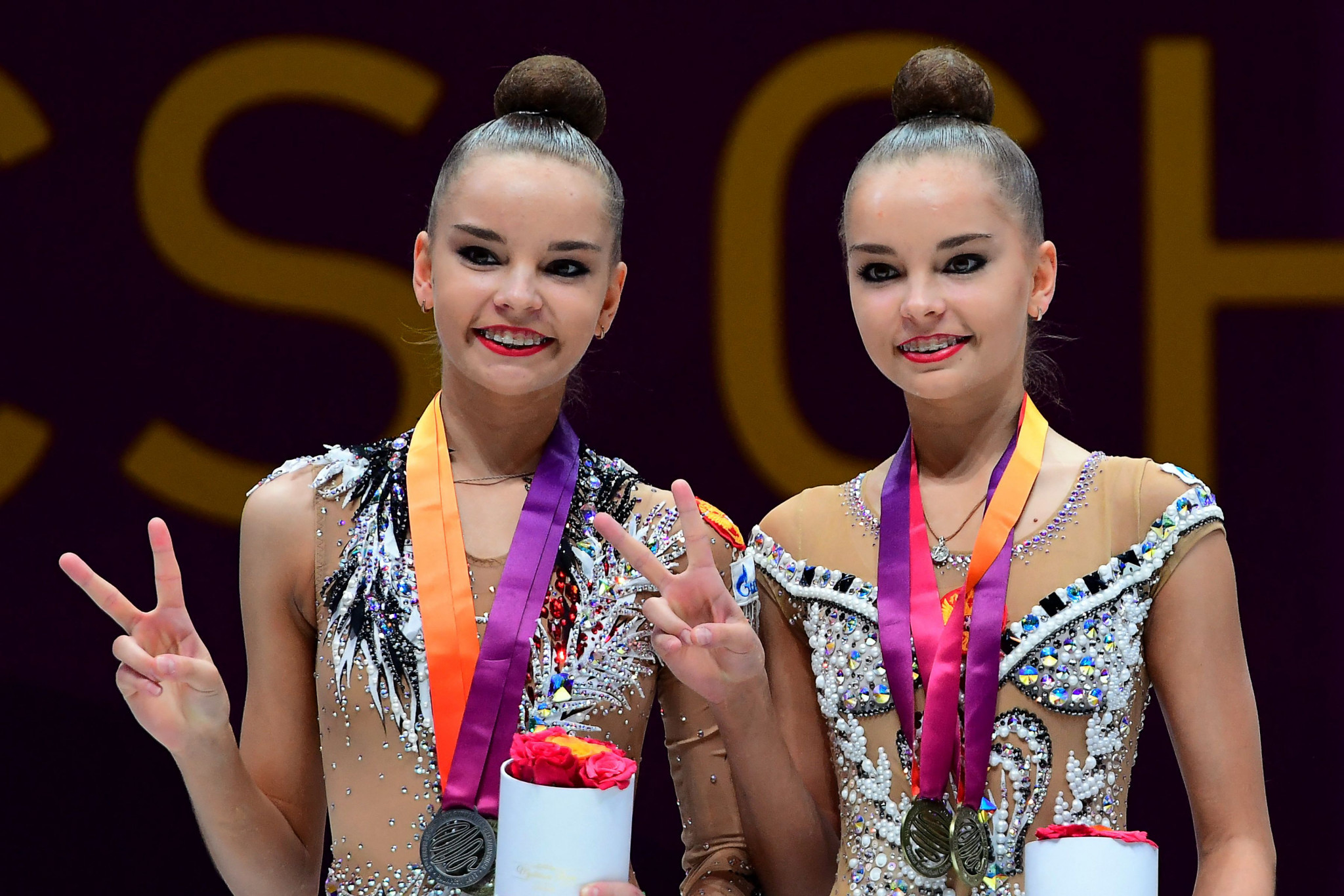 The Averinas were the top two in the all-around competition at the 2019 World Championships and although Dina came out on top that day, it was Arina’s turn today.

Splitting the twins on the podium was Boryana Kaleyn of Bulgaria who took silver with 107.625.

In the senior team competition the Russian Federation all came out on top with the Averina twins combining with Lala Kramarenko to win gold in 305.675.

The Belarus team of Anastasiia Salos and Alina Harnasko took silver with 290.575, with the bronze medals going to Israel’s team of Nicol Zelikman and Linoy Ashram with 283.250.

The individual finals are set to dominate proceedings tomorrow.