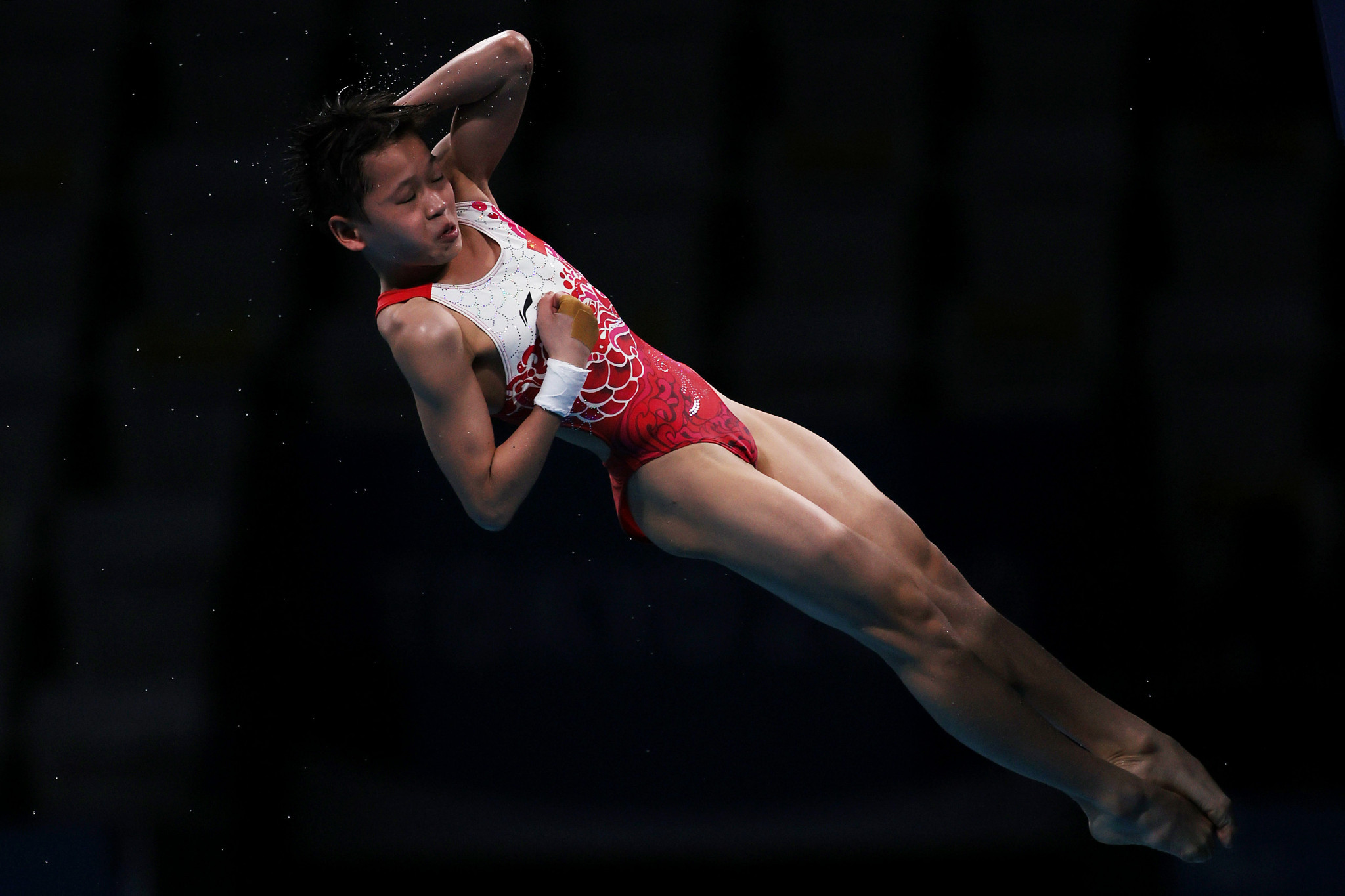 Quan Hongchan proved in a class of her own as the 14-year-old Chinese diver produced a stunning display to win the women’s 10 metres platform title here today.

Quan produced one of the individual performances of Tokyo 2020 to win the competition by a clear margin over her rivals.

She qualified from the semi-final in first position, with compatriot Chen Yuxi advancing in second place.

The two mirrored each other with the first dive of the final, with their forward three-and-a-half somersaults in pike position both rewarded with a score of 82.50.

Quan would leave her team mate behind in the second round, as an inward three-and-a-half somersaults in tuck position thrilled the judges.

The Chinese diver received 10s from each of the judges, with 96.00 points added to her tally.

She received similar acclamation in the fourth round of the competition for an armstand back double somersault one-and-a-half twists dive to pull further clear at the top of the standings.

Such was Quan’s dominance she entered the final round of the competition just 1.20 points behind the eventual bronze medallist, who had already completed her five dives.

Quan finished with a flourish by scoring another perfect total of 96.00 points for a back two-and-a-half somersaults with one-and-a-half twists.

Quan, who was competing at an international event for the first time, narrowly missed out on receiving all 10s from the judges for the third time in five rounds, albeit a 9.5 score was discarded.

Her overall score of 466.20 points was comfortably clear of Chen, who had produced five impressive dives herself to claim the silver medal on 425.40.

The silver medal saw Chen, aged 15, add to the gold medal she secured earlier in the Games in the synchronised 10m platform competition.

Australia’s Melissa Wu completed the podium positions, after a close contest with Mexico’s Gabriela Agundez which was decided on the final dive.

Wu finished on a score of 371.40 to secure bronze, 13 years after winning silver in the women's synchronised 10m platform event at Beijing 2008.

Agundez missed out on the podium after finishing fourth on 371.40.

China has won six of the seven diving gold medals so far at Tokyo 2020, with Britain claiming the other.

The men’s 10m platform event will bring diving competition to a conclusion.