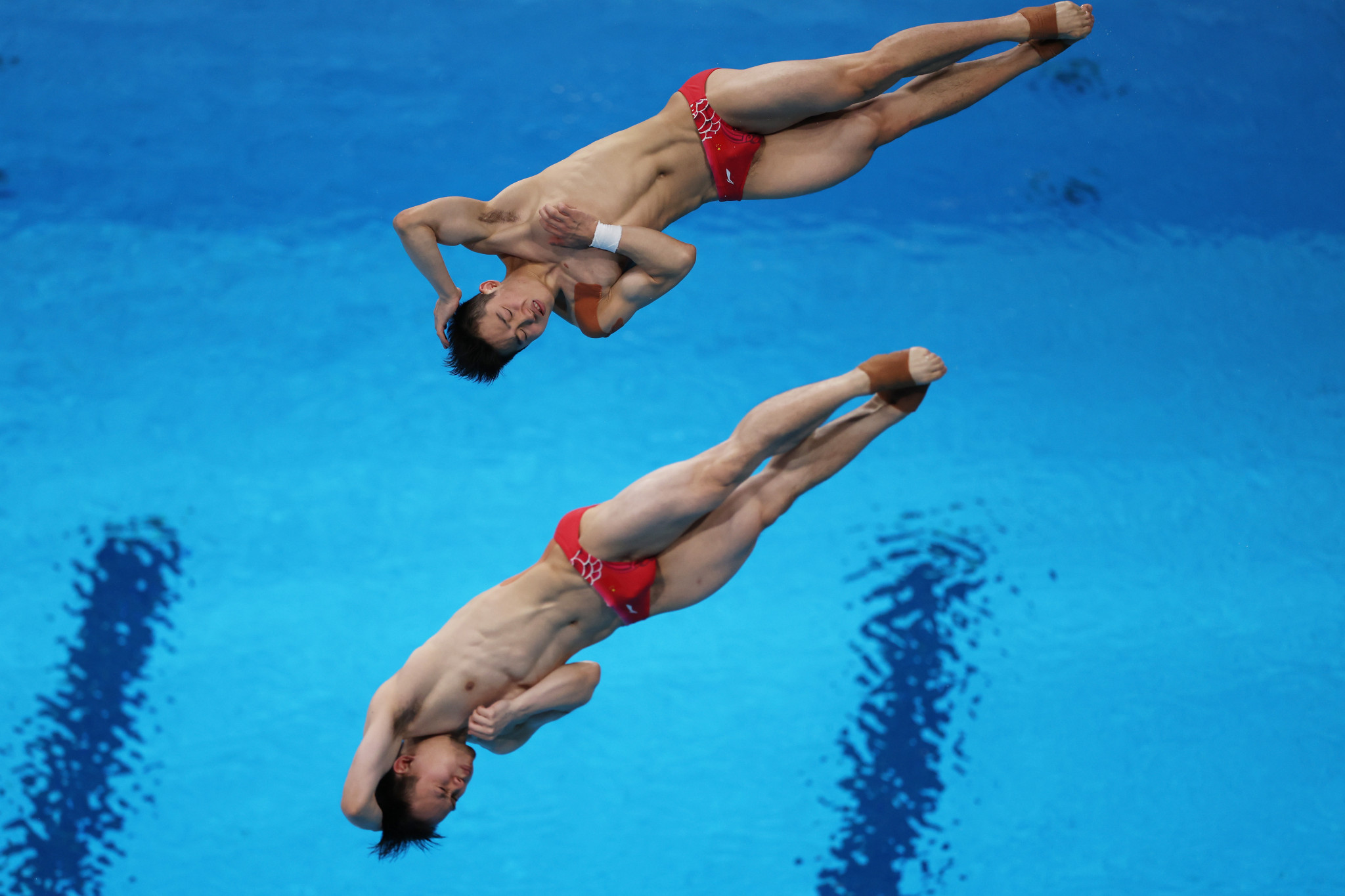 The pair won the Chinese Olympic Trials this year - an obvious sign that they would be a force as the powerhouse nation traditionally dominates the sport.

Xie, already a four-time world champion, and Wang were always in control of today's competition here as they led from start to finish.

They recorded the best dive in five out of the six rounds as they finished on a winning total of 467.82.

"We are very happy to get the gold medal," said Xie.

"We didn't have very long to practice together, but from the moment we met, we understood each other very quickly and very well, so there were no problems for us."

Wang added: "I've been waiting for this moment for nine years.

"I was so happy with our brilliant timing.

"I have a lot of emotions in my head right now.

"To participate in an Olympic Games for the first time was not so hard for me.

"It felt a little bit different, but I knew I had to do what I do well, and I did."

Bronze went to Germany's Patrick Hausding and Lars Rudiger, who climbed up from sixth with their last dive to end on 404.73.

Britain's Jack Laugher, who won this title at Rio 2016 with Chris Mears, had an afternoon to forget with new partner Dan Goodfellow.

They were last out of the eight pairs after the first dives and never recovered to mount a challenge.

The duo were only saved from last place when Russian Olympic Committee (ROC) pair Evgenii Kuznetsov and Nikita Shleikher ended with a failed dive which scored them zero.