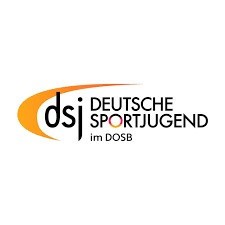 A campaign has been launched in Germany to encourage sports clubs to attract children hit hard by the COVID-19 pandemic.

The German Olympic Sports Confederation's (DOSB) German Sports Youth (dsj) say it is implementing "this offensive for a restart of children’s and youth sports" on behalf of the country’s Federal Ministry for Family Affairs, Senior Citizens, Women and Youth.

The campaign focuses on "national days of action", with the first of these scheduled to take place on October 2 in Hamburg.

It is hoped that the move will motivate as many sporting clubs as possible to hold nationwide events around the action days to attract children and young people.

"In addition to our catch-up programme, we want to do something about the lack of exercise and loneliness of children and adolescents.

"The campaign of the German Sports Youth is intended to inspire young people again for sport and exercise, not only in the short term, but also in the long term.

"Because sport and exercise in the community are very important for a healthy upbringing and the holistic personality development."

The DOSB say the action days are accompanied by a "target group-oriented public campaign", with a focus on social media where children and young people are reached directly.

"Our goal is to get as many children and young people as possible moving with the movement campaign and the action days and to convey the joy of it to them.

"But we also want to show that sport in a club is much more than movement - a sense of community, social interaction, mutual recognition and appreciation are at least as important here."