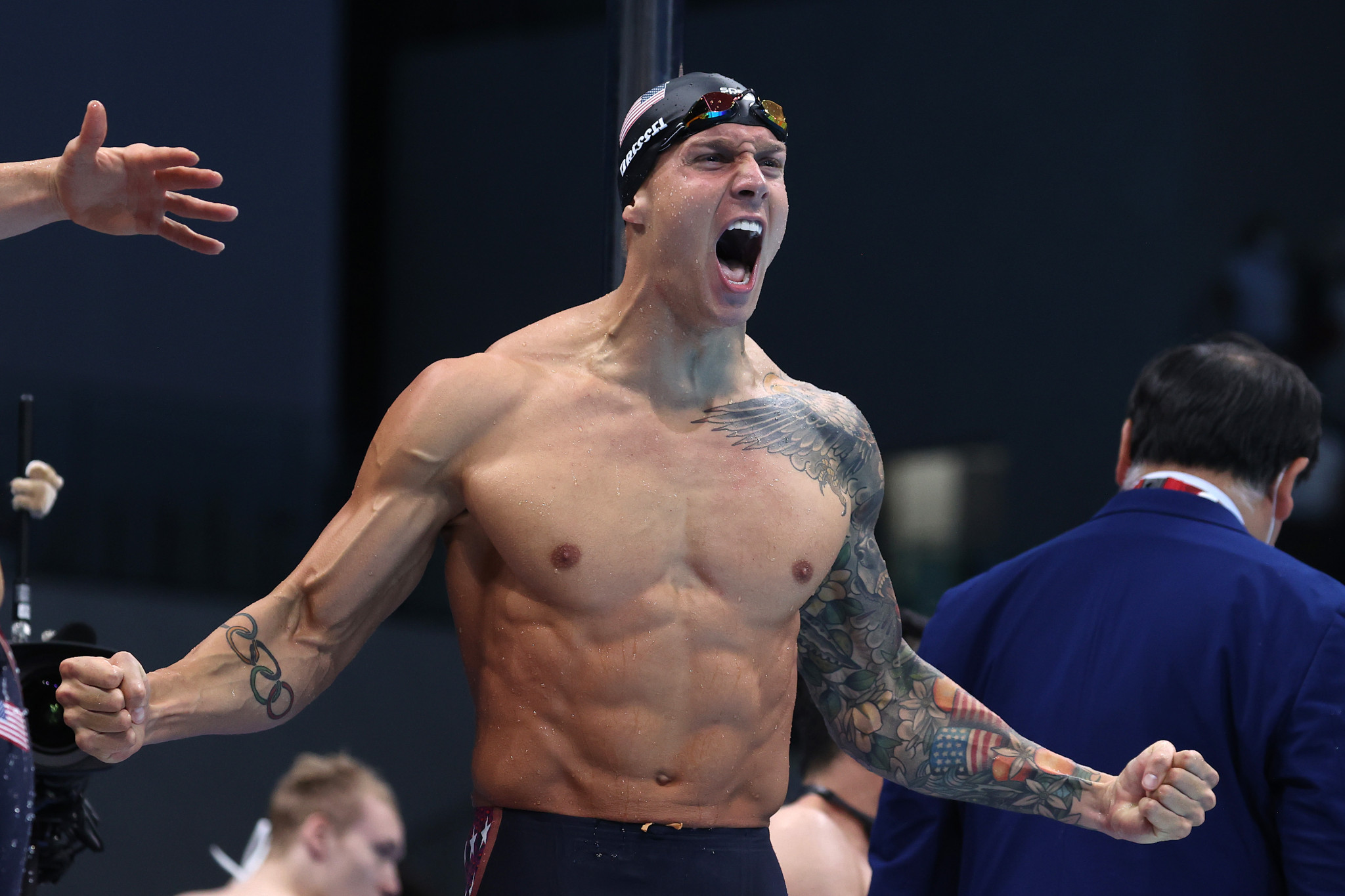 Caeleb Dressel and Emma McKeon continued their superb Olympic Games in the swimming pool as both bagged two more gold medals on the last day of finals.

The pair both tasted glory in their respective 50 metre freestyle events before adding to their hauls in the 4x100m medley relays.

American Dressel will leave Tokyo 2020 with five gold medals, taking his total haul to seven after two titles at Rio 2016.

He joins fellow greats Michael Phelps, Mark Spitz and Matt Biondi as United States swimmers who have topped the podium five times at a single Games, with his double here adding to his 100m freestyle, 100m butterfly and 4x100m freestyle successes.

His winning time over one length of the pool today was 21.07sec - an Olympic record.

Silver went to London 2012 champion Florent Manaudou of France in 21.55 and bronze was won by Bruno Fratus of Brazil in 21.57.

"I had a good feel throughout the race that I was ahead, I could see in my peripheral so it was exciting coming into the wall," said the 24-year-old Dressel.

"I was about 90 per cent sure, I didn't know if anyone in the outside lanes had me.

"It's very surreal, I'm trying to take it all in.

"I'm trying to take everything in as much as I can.

"A lot of parts of this meet really were not that enjoyable if I'm being quite honest.

"More parts are not enjoyable than enjoyable but the highs are very, very high."

McKeon has become Australia's most decorated Olympian with 10 medals - and the 27-year-old will take home a magnificent seven from Tokyo 2020.

The 27-year-old has also matched Soviet gymnast Maria Gorokhovskaya's record for the most medals won by a female athlete at a single Games.

"I never thought I'd win two gold medals in one session," McKeon said.

"It is an honour because I know I've worked so hard for it."

In the relays, Dressel recorded the fastest butterfly split in history to take the title away from Britain who had powered into the lead thanks to double Tokyo 2020 champion Adam Peaty's fantastic breaststroke leg - which was again the quickest ever recorded.

The US, also featuring Ryan Murphy, Michael Andrew and Zach Apple, ended in a time of 3min 26.78sec.

Britain ended in 3:27.51, a European record, as their swimmer Duncan Scott became the first athlete from the country in any sport to win four medals at a single Olympics, thanks to his haul of one gold and three silvers.

In the women's 4x100m medley relay, a straight fight between Australia and the US went the way of McKeon's team as Cate Campbell came powering past Abbey Weitzeil in the final metres.

On a day of history, American Bobby Finke won the men's 1500m freestyle to add to his 800m crown.

In a close race, German Florian Wellbrock led going into the final turn but Finke, as he did in the 800m, produced a superb late surge.

Australia won 20 medals with nine golds, as the two nations dominated the sport.