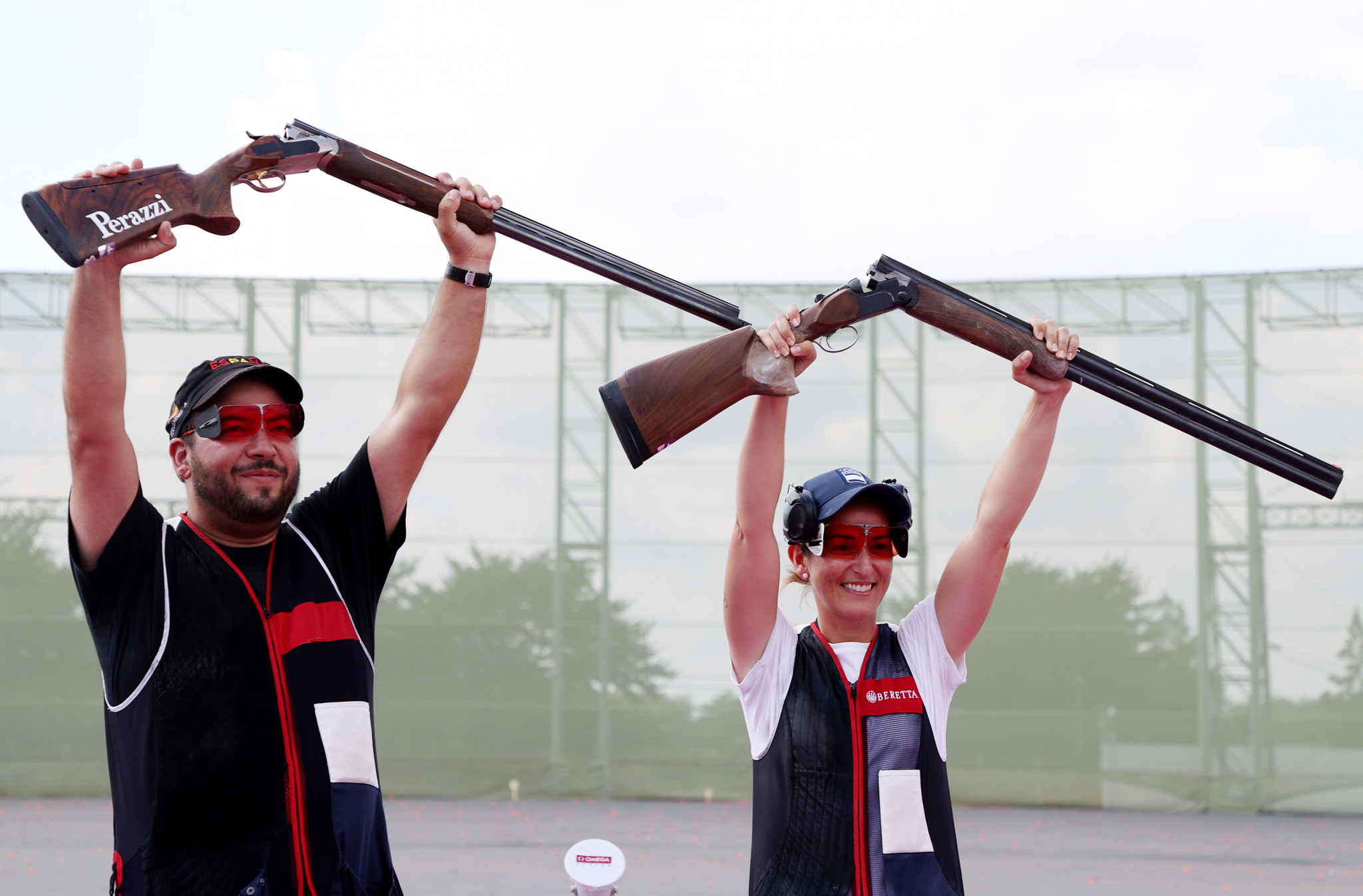 Spain won its first gold medal of Tokyo 2020 just over a week into the Games as shooters Fatima Galvez and Alberto Fernandez denied San Marino a historic title in the mixed team trap.

The Spanish pair beat Alessandra Perilli and Gian Marco Berti 41-40 in a knife-edge final at the Asaka Shooting Range.

San Marino, the tiny country of just 33,000 people which is completely surrounded by Italy, has already made history here as Perilli's individual trap bronze was its first Olympic medal.

Gold would have been a remarkable story but Galvez and Fernandez just edged them out.

"Yeah, we're only missing the wedding vows, but if his wife finds out, she'll kill me.

"It's great to have this feeling.

"We've been competing for many years.

"All the people here are excellent and this time we won in trap team, and I think it's well deserved because we've been training together for five years.

"It's been really hard and we're very happy that the ending is so good."

Perilli was pleased to double the Olympic medal tally of both herself and San Marino.

"I'm satisfied that we won the silver medal.

"We make up a very good team, both individually and as a team.

"We've been extremely focused on our target and we're so happy, we're overjoyed that we were able to win the silver medal."

The second gold of the day was won by Switzerland as Nina Christen took home the women's 50m rifle three positions title with an Olympic record score of 463.9 points.

With the lowest ranked shooter eliminated after every round of the final, Christen held off the challenge of ROC duo Yulia Zykova and Yulia Karimova.

Christen added to her 10m rifle bronze but Norway's Jeanette Hegg Duestad suffered the agony of finishing fourth for the second event in a row.

"It's so good to have two medals," Christen said.

"I didn't think about coming home with two medals.

"I'm happy about the work I did today, obviously, but like for me, I actually did a good job while shooting.

"So yeah, just happy to have those two medals."