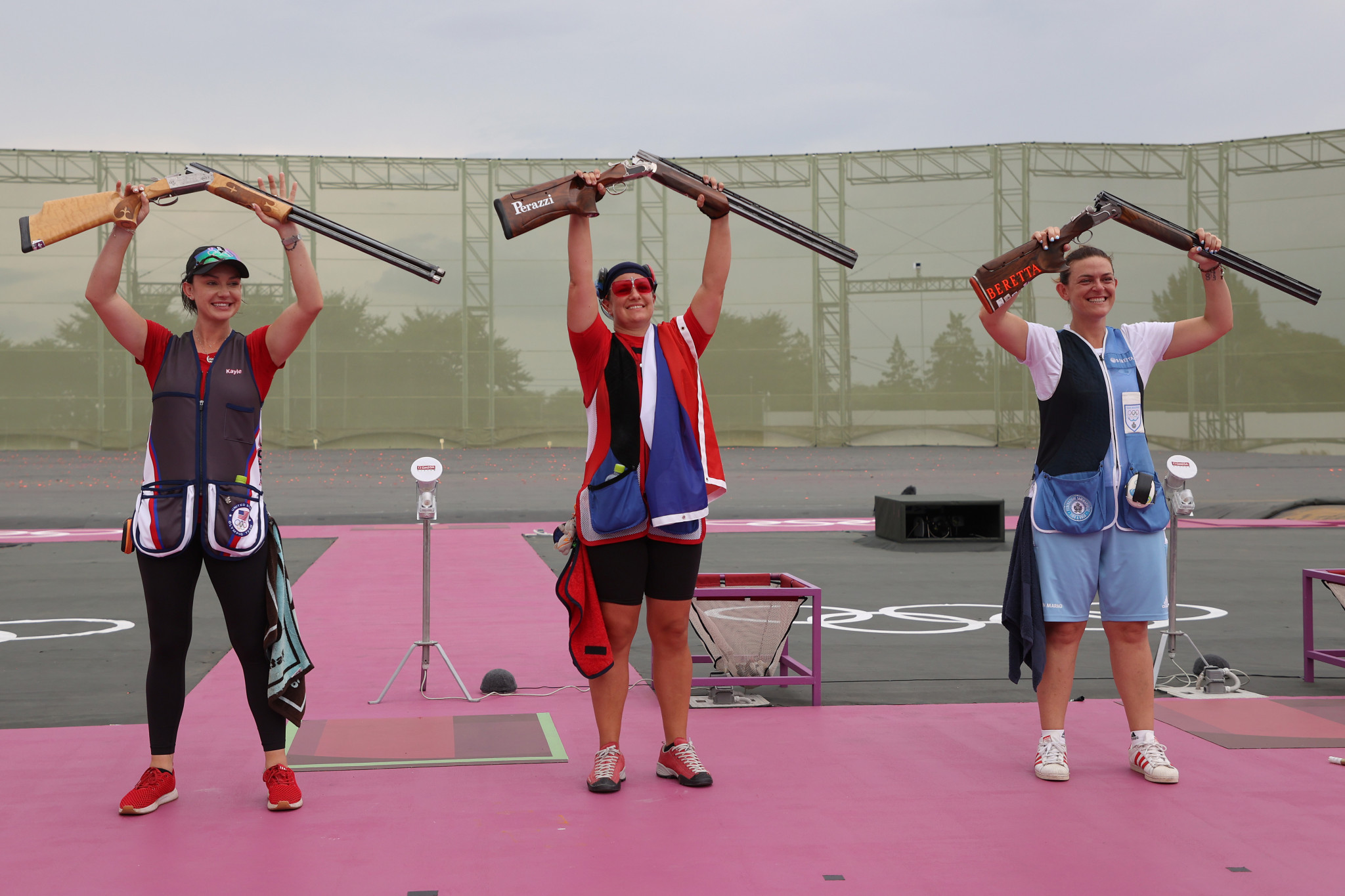 Štefečeková, who performed well throughout the final, shot an Olympic record score of 43.

"I'm very, very happy how the final went because I'm not a strong finals shooter and this one was one of the best ones," said Štefečeková.

"I feel pretty well because I have the gold medal. It was a dream."

Kayle Browning, a world team gold medallist in 2019, shot 42, but lost by only one shot in her debut Olympics.

"That's almost as good as it gets," said Browning.

"The competition was awesome so I'm just living the dream."

She paid tribute to coach Luca di Mario saying: "We have gone through this whole process and won this medal together as a team.

"We have really done a lot together, we have had our ups and downs but we have succeeded together and that is what I like most.

"We are like a big family and that is what helped us to win."

Perilli finished fourth at London 2012 and missed out in Rio 2016 after finishing only 16th.

"In Rio I didn’t manage to get into the competition so we realised we had to take risks and we really wanted to get the medal," she said.

With a population of 34,000, San Marino has become the smallest nation to win an Olympic medal.

In the men’s competition it was a first Olympic one-two for the Czech Republic.

Jiri Liptak won gold after a tense and dramatic final which went to the seventh shot of the shoot off.

"At the beginning I wasn’t trusting myself, because I made some mistakes," Liptak said.

"But in the end I got better."

In 2008, Kostelecký was the last Czech shooter to win gold in the trap.

Tokyo is his sixth Olympics.

"At 46 it is not easy to have the same speed as these younger shooters," Kostelecký said.

"For me it is a surprise to win this medal."

Both had shot an Olympic record 43 to force the shoot off.

Bronze went to Matt Coward-Holley of Britain who remained in the top three throughout the final and finished with a score of 33.

"It is my first Olympic Games, so to come away with a medal is great," Coward-Holley said.

"The Olympics is the pinnacle for any sport, so to win any kind of medal is a highlight in anyone’s career."