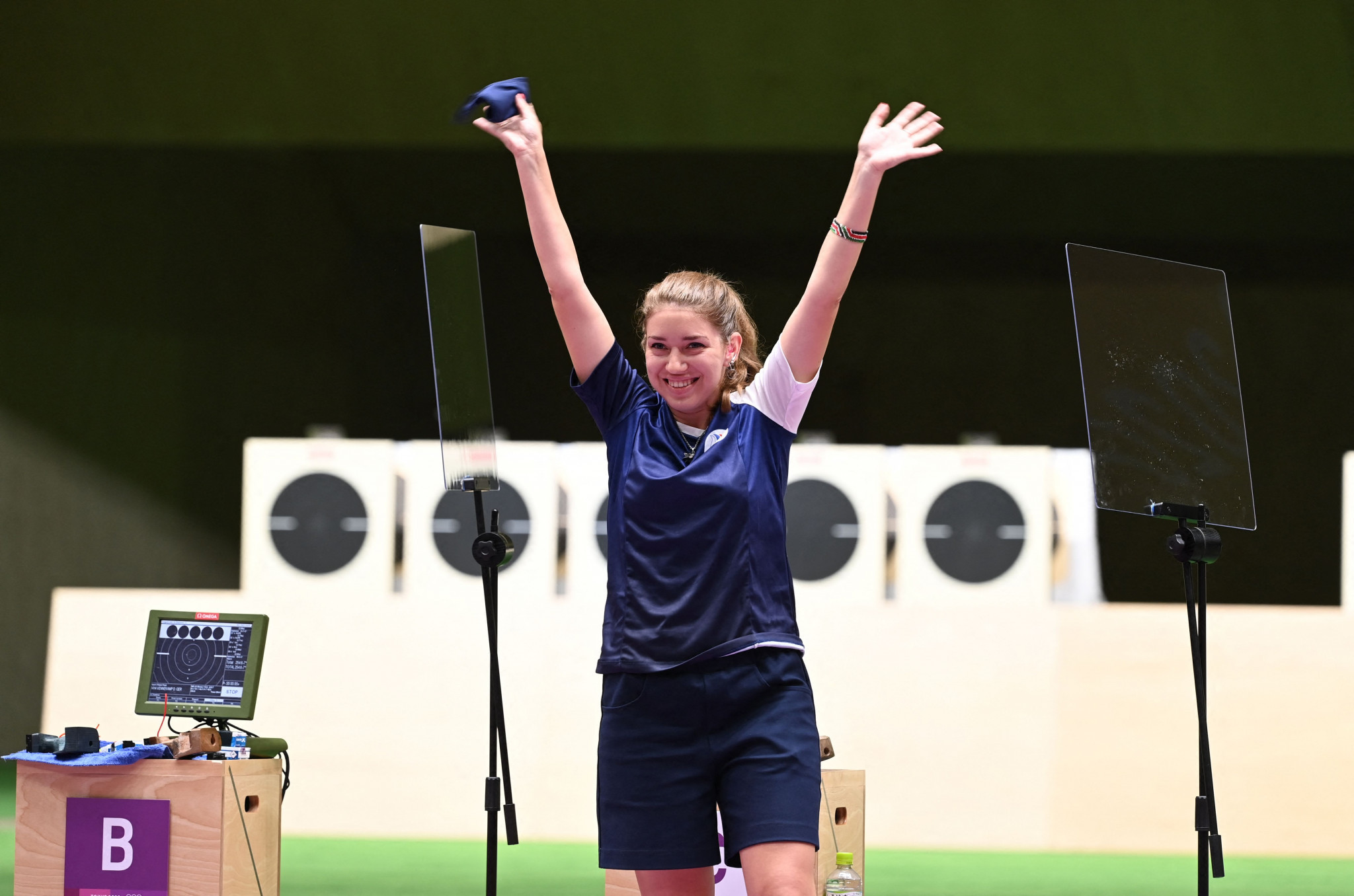 Vitalina Batsarashkina won her second Tokyo 2020 gold medal in shooting as she laughed her way to the women's 25 metre air pistol title.

The ROC dead-eye defeated Kim Minjung 4-1 in a shoot-off at the Asaka Shooting Range to add to her 10m air pistol gold.

There was high drama in the final as both Batsarashkina and Kim tied on an Olympic record of 38 points in the final, meaning the shoot-off was needed to split them.

Twenty-four-year-old Batsarashkina, who has also won mixed team silver here, found amusement in the situation despite the high stakes of the occasion.

"When we had the shoot-off I couldn't help but smile to myself because it was funny to me that it is a shoot-off," she said.

"I am in shoot-offs very often and here there was another one, so that amused me.

"After, I was looking at the board and there are no results from the shoot-off.

"There were only two records written there, for me and the Korean athlete, so I didn't understand what was happening.

"I looked around thinking, 'what is wrong? what is happening?'

"I thought about it for a long time, then I heard my name and realised that I won."

Greece's defending champion Anna Korakaki only finished sixth on 18 and bemoaned the knock-out format of the final, which saw the lowest-ranked shooter eliminated after each round.

"Luck is a huge factor in this final," she said.

"I haven't had luck in the beginning of the final, I had pretty good shots on the 10 rings, but they were not hit.