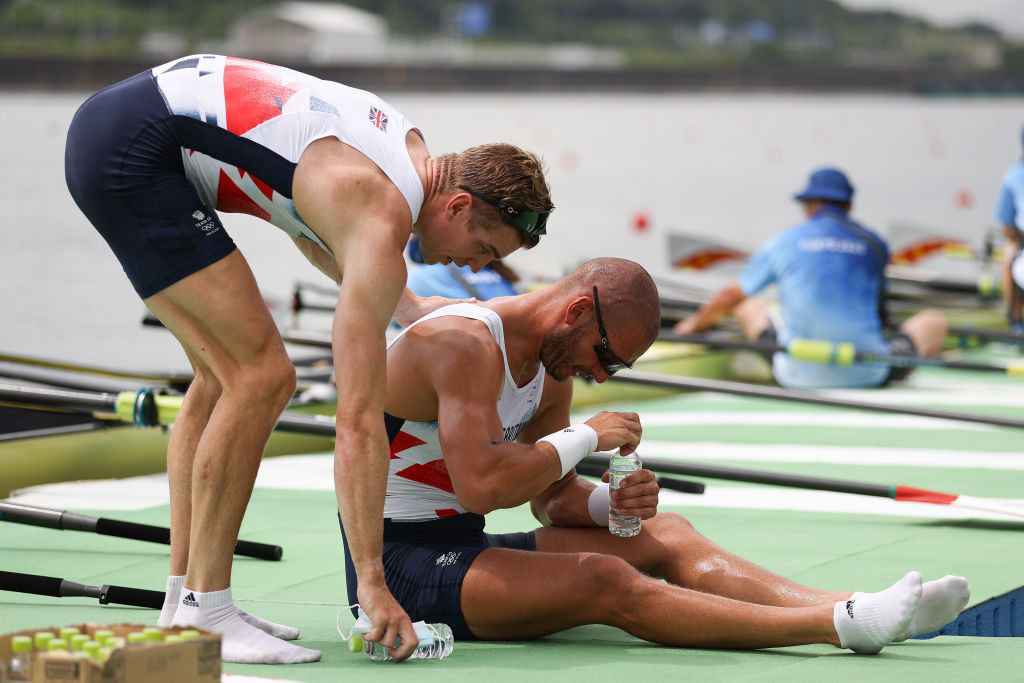 Britain failed to win an Olympic rowing gold for the first Games since 1980 as competition ended here today with the men’s eight taking bronze behind winners New Zealand and Germany.

The only other medal earned by Britain was a silver in the men’s quadruple sculls at a regatta where its men’s four, seeking to extend a British sequence of five winning performances in that event, failed to earn a medal after losing control of their steering in the latter part of the race.

Two medals was their lowest total at a Games since Atlanta 1996 when Steve Redgrave and Matthew Pinsent won Britain's only Olympic gold.

Britain was the leading rowing nation at Beijing 2008, London 2012 and Rio 2016, claiming six, nine and five medals respectively at those Games.

Dame Katherine Grainger, Britain's five-time Olympian and winner of the women’s pair at the London 2012 Games, now UK Sport chair, told the BBC, for whom she is working during the Games as an analyst, that winning only two medals in Tokyo was "not a disaster".

"Six fourth places are so close, but so far," she said.

"We've been spoiled by rowing for so many Games but it takes a while to build and we will build again.”

Others have been more critical of the performance, however.

Double Olympic gold medallist James Cracknell, part of two of those five men’s fours triumphs in 2000 and 2004, questioned the return upon investment of £27 million ($37million/€31.5 million) of funding given to rowing by UK Sport for Tokyo 2020.

"At a time when the national budget is under pressure from so many areas - is that a good enough investment?" Cracknell said.

Jürgen Grobler stepped down as head coach of the British rowing team after 29 years of extraordinary success in August 2020.

Grobler, then 74, had planned to retire after the Tokyo 2020 Olympics, but when it was postponed he felt unable to commit to another four-year sequence to the Paris 2024 Olympics and stepped down.

"This has been a hard and difficult decision but British Rowing has big plans for Paris 2024 and we want to organise it now to give the GB Rowing Team the best chance of success," Grobler said.

"I can’t commit for the next four years so I have resigned in order to let everything start now.

"This has been a hard and difficult decision but British Rowing has big plans for Paris 2024 and we want to organise it now to give the GB Rowing Team the best chance of success.

"I can’t commit for the next four years so I have resigned in order to let everything start now."

He told BBC Sport: "It's a job undone because of the delay of the Olympics.

"It was not a choice; of course, the Olympics is always four years' planning and British Rowing had a big ambition to start the Olympic campaign now for Paris 2024 and Los Angeles in 2028.

"I can't commit myself for four years.

He admitted his disappointment in not being able to lead the team into Tokyo the following year, particularly with regard to the men's eight.

"This time everything would have fitted so well," he said.

"I was so sure we could win the 2020 men's eight; to do it again was my inside drive and it would have been on my birthday."

Before concluding his BBC interview today, Moe Sbihi, the Rio 2016 fours gold medallist who competed here for the men’s eight, made a point of sending his best wishes to Grobler for his impending birthday.

Commentator Gary Herbert, who steered the British coxed pair of Greg and Jonnie Searle to gold at the 1992 Barcelona Olympics, told the Daily Telegraph: "You do not allow Grobler to stand down a year before a delayed Olympic Games.”

Meanwhile, there have been recriminations from a member of the British four, Matthew Rossiter, who said some former British rowers would be “really smug” at seeing the team fail.

"It's just disappointing that those people will probably be really smug now that they are part of the legacy that won," Rossiter said.

Rossiter did not name any names, but James Cracknell, who won gold in Sydney 2000 and Athens 2004 has been highly critical of the current team.

"Someone in the British crew blew up,” Cracknell told the Daily Telegraph.