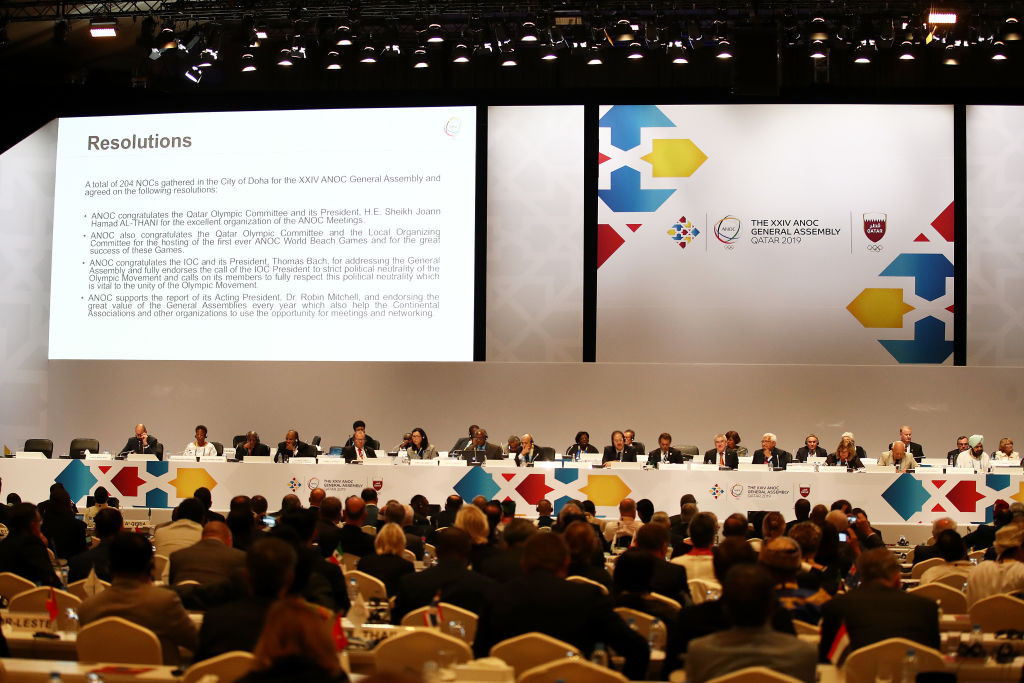 The Association of National Olympic Committees (ANOC) has moved its General Assembly in October from Seoul to Athens.

The decision was confirmed following a meeting of the ANOC Executive Committee here during the Olympics and where it was revealed that it had accepted an offer from the Hellenic Olympic Committee (HOC) and the Greek Sports Ministry to stage the event.

Athens is scheduled to host the key meeting of the 206 National Olympic Committees from October 23 to 25, brought forward from the initial planned dates in Seoul of October 26 to 27.

It had been expected the event, postponed from last year because of the pandemic, would be moved from the South Korean capital as the country is grappling with a spike in COVID-19 cases, caused by the spread of the more transmissible Delta variant.

Athens emerged as a possible venue for the meeting after it staged the European Olympic Committees (EOC) General Assembly in June, the largest in-person gathering in the Olympic Movement since the pandemic hit last March.

The Greek capital had also been due to hold the International Olympic Committee Session earlier this year before it was moved online.

Athens will instead host the Session in 2025, where the organisation is set to elect Thomas Bach's successor as IOC President.

Among the items set to be discussed at the General Assembly will be the bid process for the 2023 and 2025 editions of the ANOC World Beach Games which is due to be opened after Tokyo 2020.

The Executive Council heard that a number of NOCs have already expressed interest in bidding to host these editions of the Games following the success of the first edition in Doha in 2019.

The Executive Council also approved the ANOC World Beach Games regulations and anti-doping rules which will now go to the General Assembly for approval.

In addition, the Executive Council approved changes to the ANOC Constitution, which include allowing for virtual or partially virtual General Assemblies and ensuring a minimum of 30 per cent gender representation on the ANOC Executive Council.

These amendments will also be presented to the General Assembly for approval.

"We are delighted to have been able to hold our Executive Council meeting in person after such a long time apart," Acting ANOC President Robin Michell said.

"It is also fitting that it took place here in Tokyo where the Olympic Games is uniting the world through sport, during such difficult times.

"There were many important issues we discussed, from the future of the ANOC World Beach Games to proposed amendments to our Constitution which will support our drive towards gender equality.

"We would like to thank the KSOC for their ongoing support and cooperation in trying to find solutions to host the General Assembly in Seoul this year and to Athens and our Council Member Spyros Capralos for stepping in to host the event.

"After today’s in-person Executive Council meeting, we are greatly looking forward to meeting with the world’s NOCs in Athens and discussing the pressing issues they face and how ANOC can support in overcoming them.

"But first we have the fantastic Tokyo 2020 and we wish all NOCs and their athletes the very best of luck!"