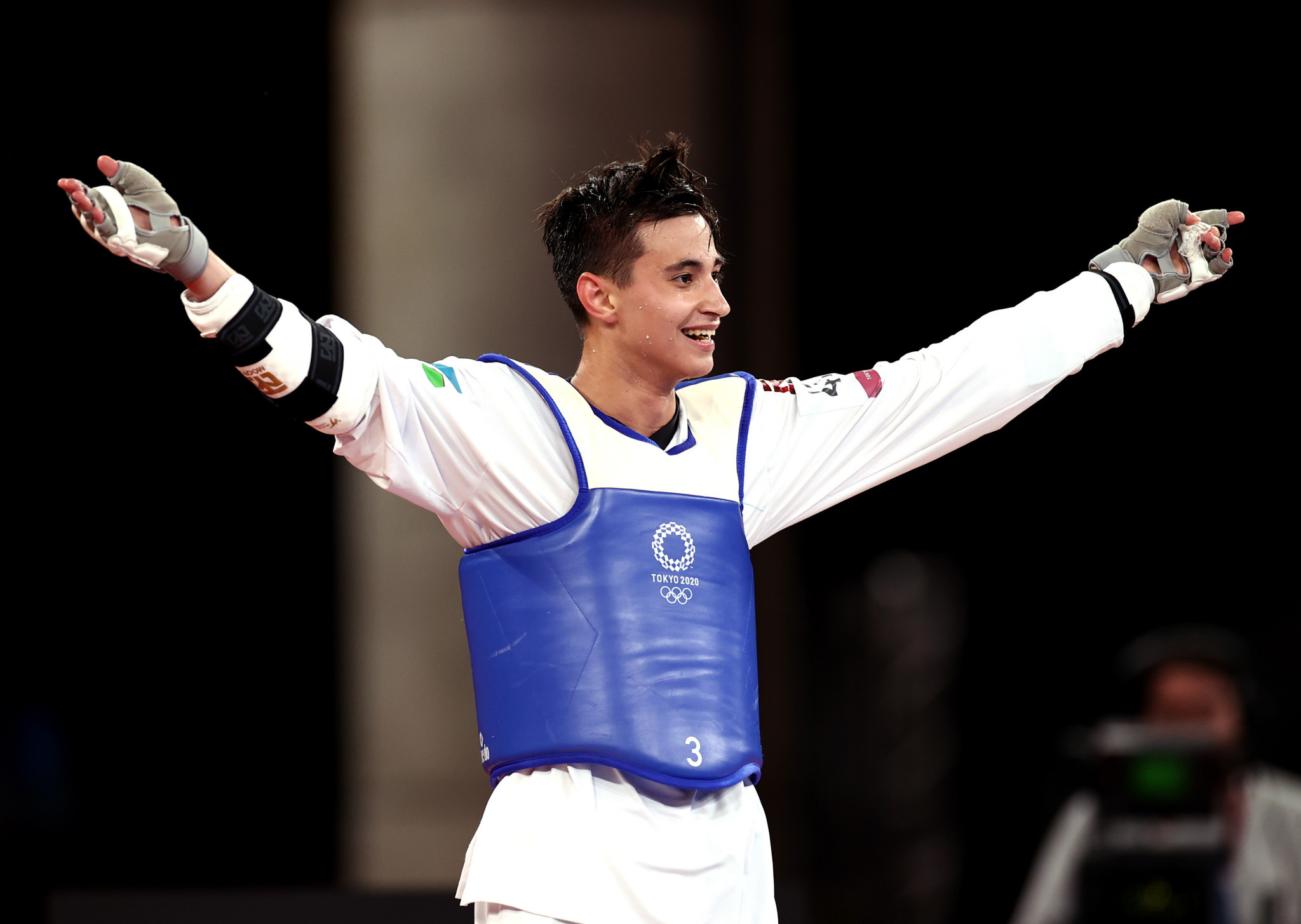 The titles were won on a day which saw Refugee Olympic Team athlete Kimia Alizadeh agonisingly lose a bronze-medal match.

International Olympic Committee President Thomas Bach travelled here in anticipation of the first Olympic medal by a refugee athlete but it was not to be.

Rashitov triumphed in a see-saw men's under-68 kilograms final against Britain's Bradly Sinden.

Momentum shifted back and forth, but it was the teenager who closed out a 34-29 victory thanks to a spinning head kick which snatched back the lead with fewer than 10 seconds left on the clock.

One of Rashitov's coaches was killed in June which made his victory over the world champion a poignant one.

"It was very hurtful, not only for me but for all the athletes," he said, after becoming Uzbekistan's first taekwondo medallist at the Olympics.

"But it made me stronger and I would like to dedicate this medal to him.

"It's great, the best emotion ever.

"Nothing can beat winning gold.

"I believed only in gold, I trained only for gold."

In the women's action, Zolotic got the better of Tatiana Minina of ROC with a 25-17 win in a technically superb under-52kg contest.

"My eight-year-old self was running around the school yard saying I was going to be Olympic champion but she could never have imagined what this moment is like," she said

"It really hasn't sunk in yet."

Bronze medals were won by Lo Chia-ling of Chinese Taipei and Hatice Kubra Ilgun of Turkey, who ended the dream of Alizadeh.

The refugee athlete won bronze for Iran at Rio 2016 and remains as the only female Olympic medallist the country has produced.

However, she fled the country and has gained refugee status in Germany after being highly critical of the Tehran regime, and in particular its treatment of women.

En route to the bronze-medal match, Alizadeh stunned Britain's two-time and reigning Olympic champion Jade Jones who was hoping to become the first ever taekwondo athlete to win a hat-trick of titles, and the first woman from her country to do so in any sport.

Alizadeh also had to face Iran's Nahid Kiani in the first round in an ironic twist.

Her opponent wore a headscarf - mandatory for women in Iran and one of the issues Alizadeh has raised since her defection.

With Bach watching on, she lost her semi-final to Minina and then was beaten by Ilgun for bronze.

It denied the German and Tokyo 2020 a piece of Olympic history.