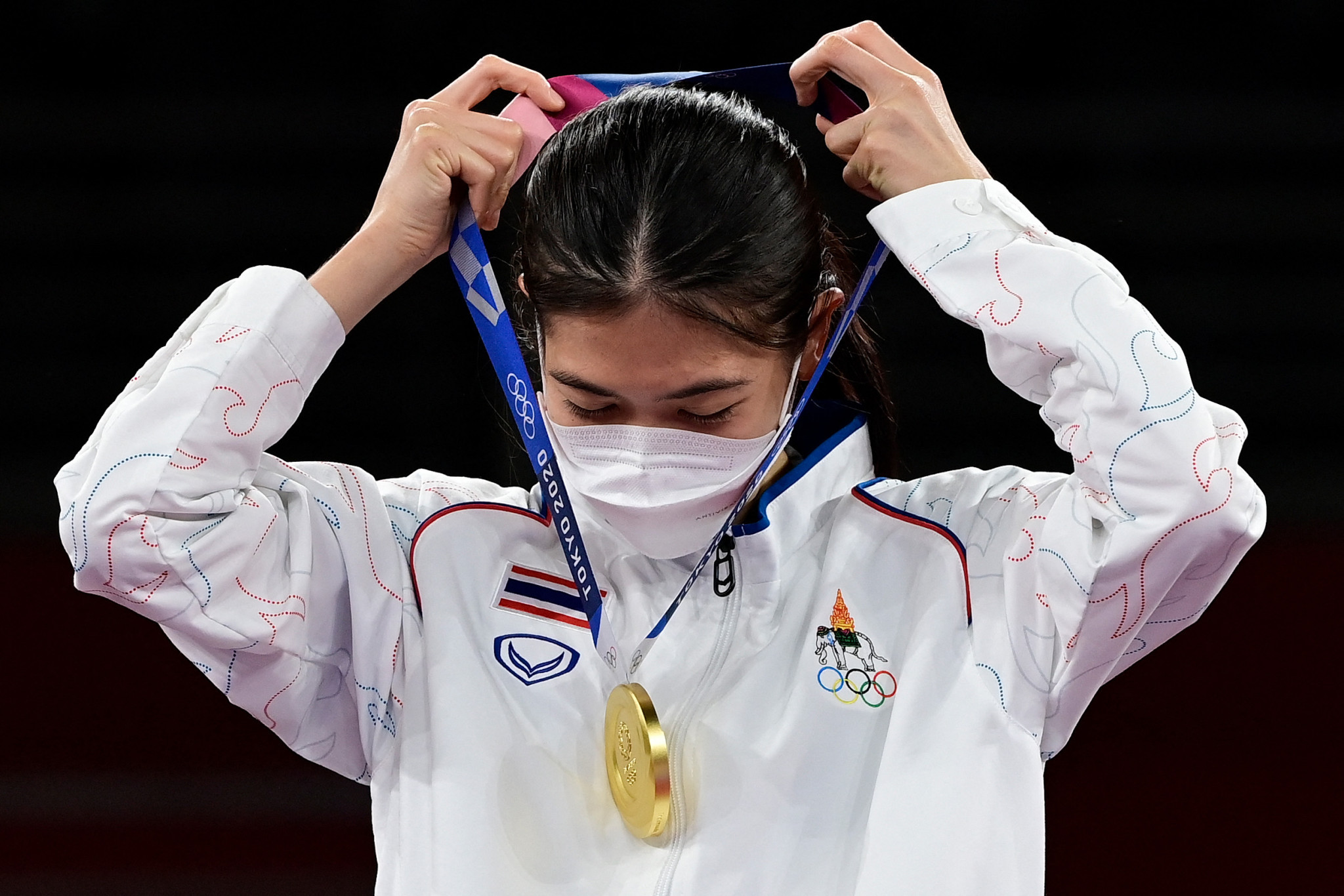 Wongpattanakit was the favourite heading into Tokyo 2020 and lived up to the billing with comfortable wins over Israel’s Avishag Semberg, Vietnam’s Trương Thị Kim Tuyền and Miyu Yamada of Japan to reach the final.

Her reward was a meeting with rising star Cerezo, with the 17-year-old having come through a challenging run to the gold medal match.

The 15th seed overcame Rio 2016 silver medallist Tijana Bogdanovic of Serbia in her first round match, before earning a dominating win over Beijing 2008 and London 2012 champion Wu Jingyu of China 33-2.

Cerezo sealed a medal with a 39-19 win over Turkey’s Rukiye Yıldırım in the semi-final.

The Spanish youngster claimed the European title earlier this year and looked on course for Olympic gold early on.

Cerezo lead 4-2 after the opening round, only for Wongpattanakit to turn the contest on its head in the second to lead 9-6.

A closely fought contest looked to have gone Cerezo’s way when she edged back in front in the final round.

World champion Wongpattanakit held her nerve to snatch the lead in the final 10 seconds and claim an 11-10 victory.

Wongpattanakit celebrated with her coaching staff after upgrading from bronze at Rio, while a dejected Cerezo fell to the floor at the end of the contest.

Bogdanovic came through the repechage to beat Yamada 20-6 in one of two bronze medal contests, adding to her Rio 2016 silver.

The second bronze was earned by Semberg, who emerged as a 27-22 winner in an entertaining bout with Yildirim.

The second seed trailed Tunisia's Mohamed Khalil Jendoubi heading into the final round of the gold medal bout.

Dell'Aquila levelled the score at 10-all, with the two athletes entering a cautious period of the contest.

A late score from Dell'Aquila prompted a flurry of activity, as both players went on the offensive in a bid to secure gold.

Dell'Aquila was able to secure a 16-12 victory to earn Italy's first gold of Tokyo 2020, while Jendoubi earned silver.

World champion Jang Jun had expressed hopes of becoming South Korea's first gold medallist of the Games prior to the competition.

He was unable to achieve that aim after suffering defeat to Jendoubi in the semi-finals.