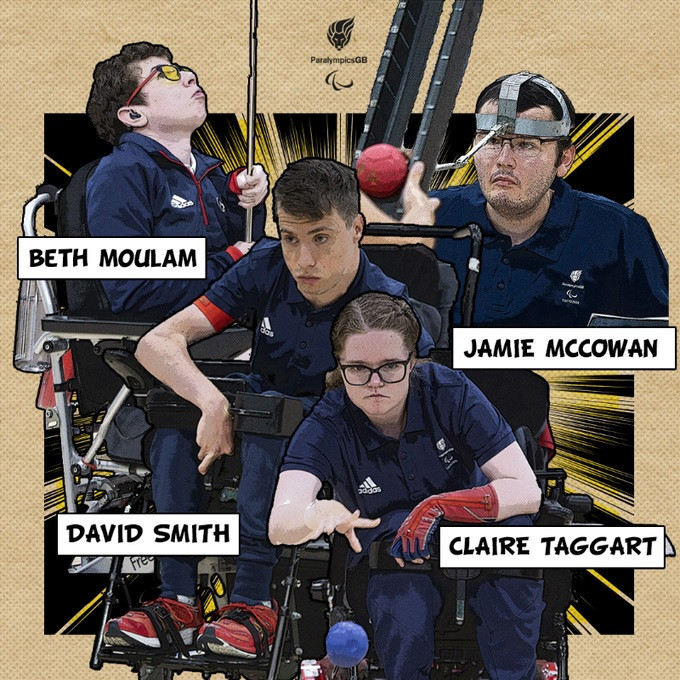 Reigning Paralympic and world champion David Smith has underlined his determination to secure gold at Tokyo 2020 as he bids to become the outright most decorated British boccia player of all-time.

Smith is poised to lead a team of nine athletes here in the Japanese capital and will be seeking to add to his impressive haul of four medals across three Games.

He jointly holds Britain’s record of Paralympic boccia medals with Nigel Murray, but he insists he only has his eyes on one medal at Tokyo 2020.

"I’m not thinking too much about the joint record," said Smith.

"I could surpass the joint record by winning a bronze but my focus is on the gold.

"It’s crazy to think that this will be my fourth Games and I’m still only 32.

"That’s exciting because there’s still a lot more to come.”

He's aiming to become our most decorated boccia player in Tokyo this summer. @Bocciasmithy is #ImpossibleToIgnore ?? pic.twitter.com/YCoANX8o9t

Beth Moulam, Will Hipwell and Louis Saunders will all make their Paralympic debuts.

"I got the selection call while I was at The Angmering School for hydrotherapy and physiotherapy," said Saunders who is the youngest member of the squad at 19.

"That meant so much to me because it’s where I was first introduced to boccia.

"It was lovely to share the news with my family who have been so supportive.

"They even let me turn the lounge into a mini boccia court during lockdown.

"They can’t wait to support me and the team from home this summer."

Helen Nicholls, performance director for Boccia UK, added: "The build-up to this Paralympic Games has thrown our athletes and the support team so many challenges but they have responded with resilience and determination.

"In this squad, we have experienced, established athletes as well as three players who will be making their first-ever Paralympic appearance.

"With less than 50 days to go until the Tokyo 2020 Games, our preparations are on track and we’ll be ready to take on the world’s best boccia players."

A total of around 230 athletes from 19 sports are expected to make up the British team that will compete in Japan.

"I’m so pleased to be able to welcome our boccia squad to the ParalympicsGB team bound for Tokyo in less than 50 days’ time," said Britain’s Chef de Mission Penny Briscoe.

"The squad boasts a superb mix of experienced Paralympians and Games debutants who I believe will make the nation proud with their performances in Japan this summer.

"All nine athletes have shown terrific strength and resolve since the start of the COVID pandemic last year and I look forward to seeing just what they can achieve on the boccia court at Tokyo 2020 this summer."