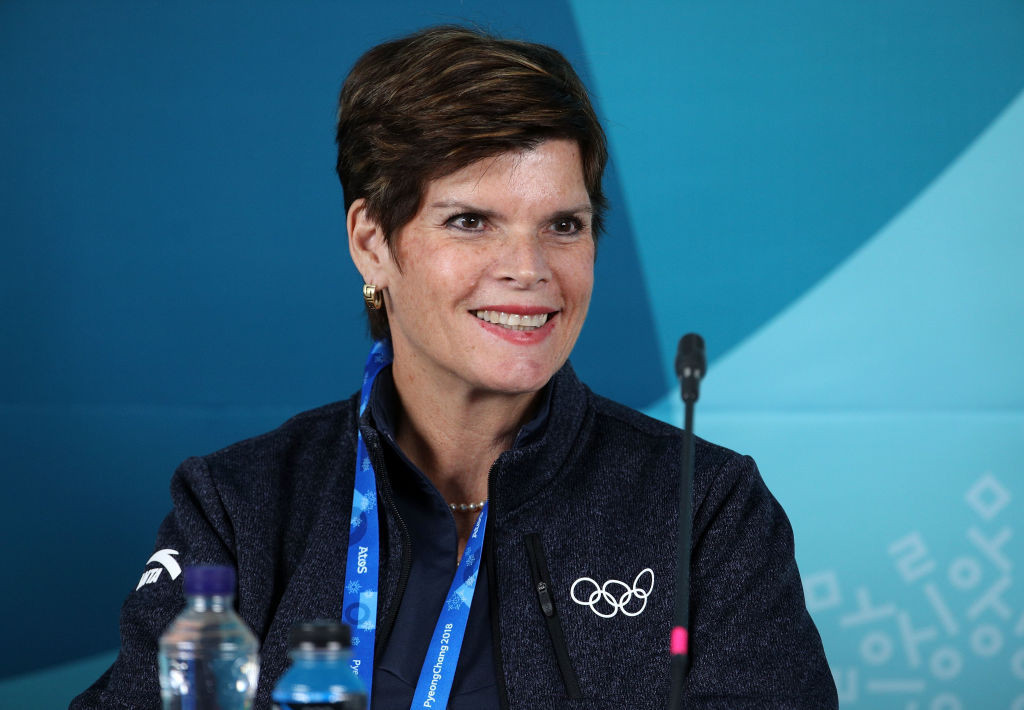 Nicole Hoevertsz is set to continue her rise through the ranks of the International Olympic Committee (IOC) by replacing Anita DeFrantz as a vice-president of the organisation.

Hoevertsz is the only candidate for the vice-president position due to be vacated by American Olympic bronze medallist DeFrantz, who has served the maximum of two four-year terms.

The former synchronised swimmer from Aruba is expected to be voted into the senior role by the IOC Session here on Wednesday (July 21).

The 57-year-old has been a member since 2006 but has only been part of the ruling Executive Board for four years.

She has already been entrusted with high-profile IOC roles by President Thomas Bach, who appointed her to chair the Coordination Commission for the 2028 Olympic Games in Los Angeles in 2019.

Hoevertsz also chaired the Olympic Athletes from Russia Implementation Group, charged with finalising rules and regulations for the participation of Russian athletes at Pyeongchang 2018, and is a vice-chair of the Paris 2024 Coordination Commission.

Her term on the Executive Board concludes in 2025, at the same Session where the IOC is due to elect Bach's successor as President after he will have served the maximum 12-year term.

"I certainly would not pretend (nor intend) to replace Anita in any position or capacity," Hoevertsz told insidethegames.

"She is a widely admired colleague for whom I hold great appreciation and respect, and I look forward to continue working with her for many more years to come.

"We both serve the Olympic Movement and in particular the athletes with dedication and passion, and I hope to be able to continue all the good work that Anita has been doing all these years.

"She is an example for many of us to follow."

insidethegames understands Kristin Kloster Aasen, the chair of the IOC group which recommended Brisbane be awarded the 2032 Olympics, will take Hoevertsz’s seat as an ordinary Executive Board member.

There are unlikely to be any more challengers before tomorrow’s deadline and the Norwegian is set to be elected unopposed at the Session at the IOC’s five-star hotel in the Japanese capital.

Kloster Aasen, a former vice-president Norwegian Olympic and Paralympic Committee and Confederation of Sports, is in line to become an Executive Board member just four years after joining the IOC.

The Norwegian was chosen to lead the IOC’s Future Host Commission for the Summer Games, which identifies and recommends venues for the Olympics, in 2019.

Brisbane will become the first city selected to host the Games under the new process at the Session on Wednesday.

Switzerland’s Denis Oswald and Acting Association of National Olympic Committees (ANOC) President Robin Mitchell’s terms are also up but they are standing for re-election.

Oswald, who chaired the Disciplinary Commission which investigated and ruled on Russian cases stemming from the doping-tainted 2014 Winter Olympics in Sochi, is eligible to serve another four years on the Executive Board.

Fijian Mitchell occupies a place on the ruling body as the representative from ANOC, the umbrella body for NOCs, and can also stay for four more years.

The American, a bronze medallist as part of the women's eight rowing team at the 1978 Olympics in Montreal, has been ever-present in senior IOC for nearly three decades.

She stood unsuccessfully to replace Juan Antonio Samaranch as IOC President when the Spaniard stepped down in 2001.