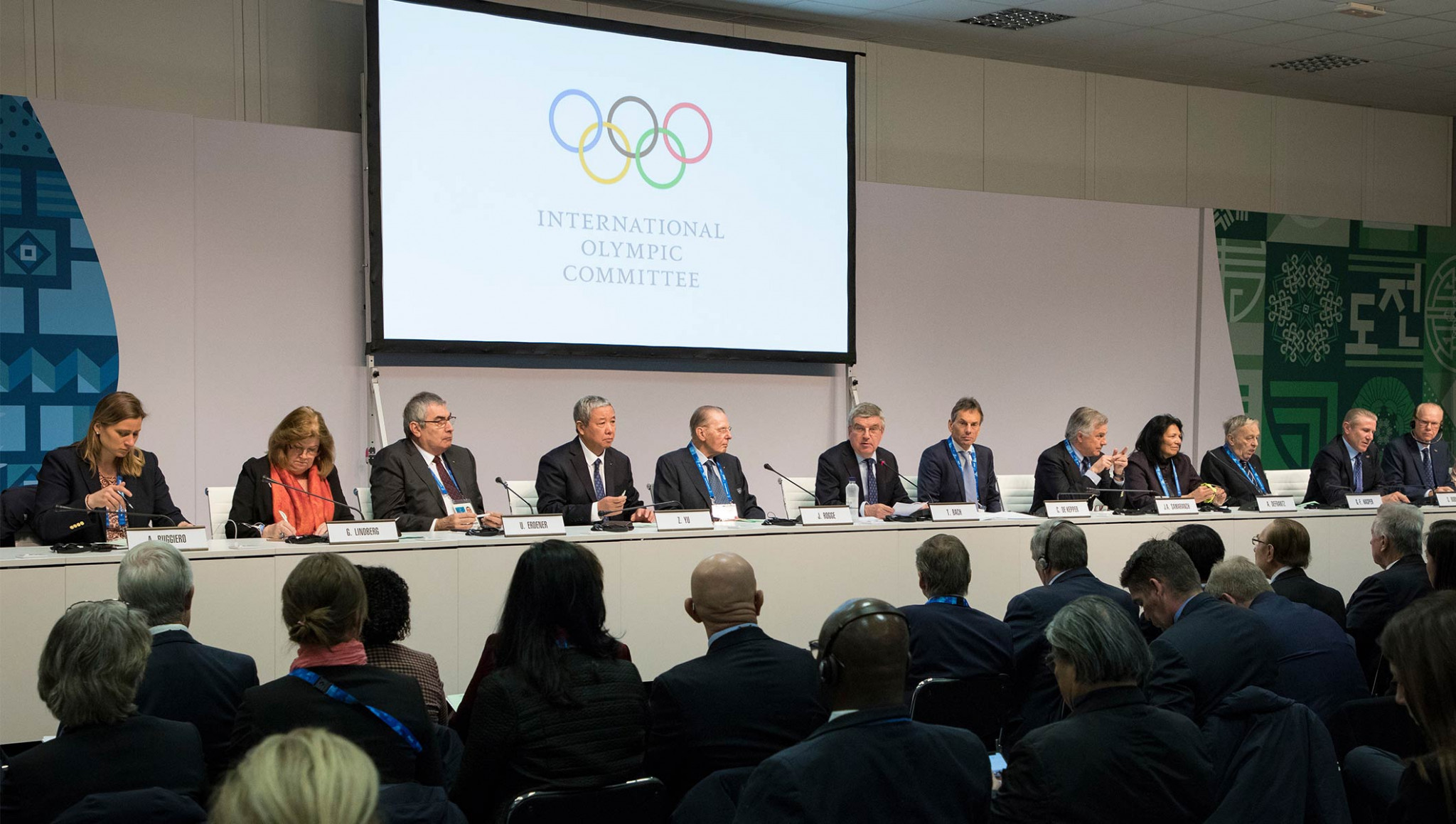 Nicole Hoevertsz has admitted she was requested by the International Olympic Committee (IOC) Executive Board to amend a report overnight into Russia's conduct at Pyeongchang 2018.

A report from Hoevertsz, chair of the Olympic Athletes from Russia (OAR) Implementation Group, recommended that a ban on the country not be lifted in time for the Closing Ceremony at Pyeongchang 2018.

It did recommend, though, that a suspension on the Russian Olympic Committee (ROC) be lifted immediately once the IOC receive notification from here that there has been no further positive doping cases involving any of its athletes.

Hoevertsz, a member of the IOC Executive Board, revealed they hoped to be in position to lift the suspension within 48 to 72 hours.

A teleconference could be held on Wednesday (February 28).

Hoevertsz revealed her Group were asked to "tweak" their report overnight by the IOC Executive Board before presenting again this morning.

"We wanted to make sure that the role of the Russian Olympic Committee in these specific doping cases was understood," she said.

"We wanted to show that it was not part of the systemic doping manipulation.

"These cases are isolated cases, that’s why we invited [IOC medical and scientific director] Richard Budgett to come in.

"We wanted to clarify that the ROC was absolutely not involved in this and that they were isolated cases.

"That we really tweaked and clarified that."

IOC President Thomas Bach later confirmed this account, although he objected to the word "tweak".

"I have not heard the word 'tweak' and this would be very wrong," he said.

"The Executive Board was of the opinion that it would be more transparent for everybody, because this report has been published and was always supposed to be published, that more details be given as to how the Implementation Report got to their conclusions."

He then outlined how they wanted to specifically address the involvement of the ROC.

Hoevertsz called upon International Federations representing summer and winter sports to act in a similar way to the IOC.

This does not necessarily mean through disciplinary and legal cases against individual athletes, however, but by an unspecified collective punishment.

"The message to the IFs is that they have to step-up to the plate," Hoevertsz said.

"They are learning their lesson now.

"This is something not isolated to the IOC – it regards all of us."

When asked about disciplinary cases, she added: "Let’s be a little bit more careful with that.

“I am a lawyer but I really prefer for cases not to be dealt with in courts.

"Cases have to be dealt with at the table."

Hoevertsz asked whether a suspension from one World Championships would be an appropriate general punishment.

"I would not be saying what the IF’s have to do.

"The only thing is that we have to align."

Bach, though, was less specific when asked the same question about next steps for IFs.

"They are taking over and will have to follow up on their cases which are still pending," he said.

"I have every confidence in these federations that they will do what needs to be done because as I mentioned earlier on, the authority of the IOC ends after the Games.

"It is in the hands of the IFs together with WADA (World Anti-Doping Agency) to address the outstanding issues to continue to work to improve the anti-doping system."