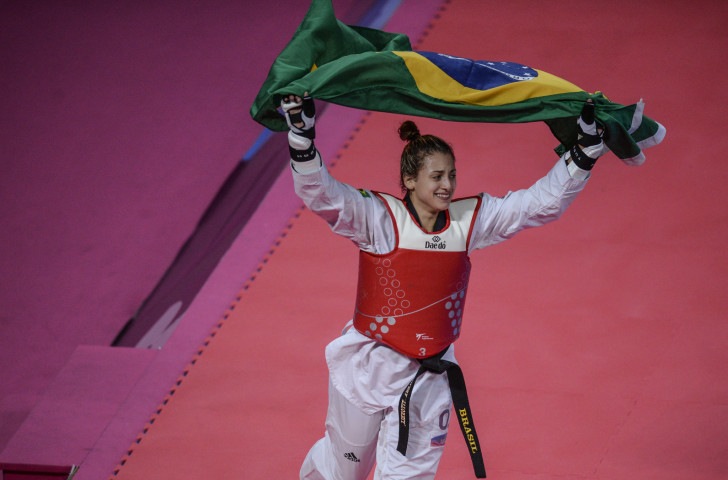 The President and vice-president of the Brazilian Taekwondo Confederation (CBTKD) joined the team's training camp in Serbia to support athletes preparing for Tokyo 2020.

Maciel coached Maicon Andrade to a bronze medal at Rio 2016 - the first Brazilian man to reach the Olympic podium in the sport.

"I had the opportunity to pass on my legacy with the Rio 2016 Olympics," the CBTKD President said.

"I was able to provide the necessary welcome and support throughout my term [in office], it is gratifying to have this recognition coming directly from the athletes."

For De Freitas, the emotion of seeing two athletes he coached at the 2014 Youth Olympic Games in Nanjing was evident.

"The satisfaction of witnessing this final phase brings a feeling of accomplishment as a manager," he said.

"The work that was done by the confederation and by our team headed by Natália Falavigna, brings the confidence that the result will be the result of this work.

"Regardless of the result, the confederation will always support them, because we know the commitment and dedication that each one had to live this moment."

The CBTKD decided to send its delegation to Serbia before the Olympics in search of better training conditions due to the COVID-19 pandemic causing disruption and despair in Brazil, where more than 540,000 people have died.

"The team that received us in Serbia has great results, with Olympic and world medallists," the under-80-kilogram fighter said.

"Training at a high level, with great athletes, helps us to climb even more."

Milena Titoneli, bronze medallist at the 2019 World Taekwondo Championships, and Edíval Pontes - who won gold at the Lima 2019 Pan American Games and is a former youth Olympic champion - also qualified in the women's under-67kg and men's under-68kg categories, respectively.

Dragan Jovic, who has guided athletes to two Olympic medals and two world titles, is helping the Brazilians with their preparations.

"Dragan is a coach with great results," Ícaro added.

"I believe that great minds learning together raises the level of our sport and brings us closer to our personal goals."

Titoneli and Ícaro also travelled to Serbia in October 2020 for a two-month training camp after the European country allowed open-air training due to the easing of restrictions.

Brazil's three taekwondo Olympics have now left Serbia, and are in Japan for the Games.