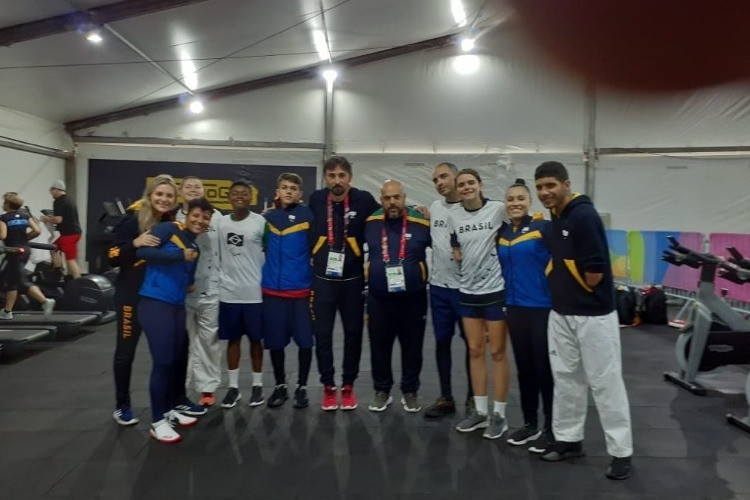 Brazil has selected three taekwondo athletes for the Pan American qualifier for this year's Paralympic Games in Tokyo.

A group of two men and one woman have been picked for the event in Heredia in Costa Rica on March 11 and 12.

They will all be trying to earn a place at taekwondo's Paralympic debut in the Japanese capital.

Nathan Torquato is set to compete in the men's K44 61 kilograms division after winning gold at last year's Parapan American Games in Lima.

"The choice was made by means of pre-defined criteria, in which aspects of the technical and physical performance in competitions and direct confrontation were evaluated," Rodrigo Ferla, the Brazilian Confederation of Taekwondo's Para-taekwondo coordinator, told Olimpiada Todo Dia.

"The selection is going strong and we are looking for three places for Tokyo 2020.

"Among our three players called up, we have two champions of the Parapan American Games and they could all reach their goal."

The event in Costa Rica is the last chance for those from the Americas to qualify for Tokyo 2020.

Brazil already has a guaranteed representative, as Débora Menenzes automatically booked her place in the women's K44 58kg class through the World Taekwondo rankings, where she reached second place.