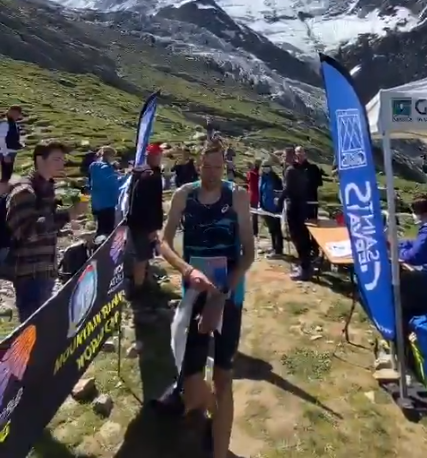 Murigi was third in the last World Cup race, at the Grossglockner Berglauf at Heiligenblut in Austria.

In what was the 34th edition of the La Montee du Nid d'Aigle, but its first as part of the World Cup, the uphill-only 19.5-kilometre course with 2,000 metres of ascent saw the Kenyan finish in 2hr 06min 08sec.

The Kenyan was just two seconds outside the course record set by Isabelle Guillot, also a 15-year-old world record.

The route begins at Parc Thermal and follows the river before heading up to La Villette gradually.

From there, it is a steep climb to the finish at Refuge du Nid d'Aigle - 2,394 metres above sea level.

The men’s race was won by Italy’s Xavrier Chevrier in 1hr 44min 25sec.

Compatriots Francesco Puppi, the 2019 silver medallist from the World Long Distance Championships, and Henri Aymonod were second and third respectively in 1:45:49 and 1:46:44.

The fourth round of the World Cup is scheduled to take place as part of the Tatra SkyMarathon on July 24 in Poland, which also hosted the season's opening World Cup round in Zakopane.