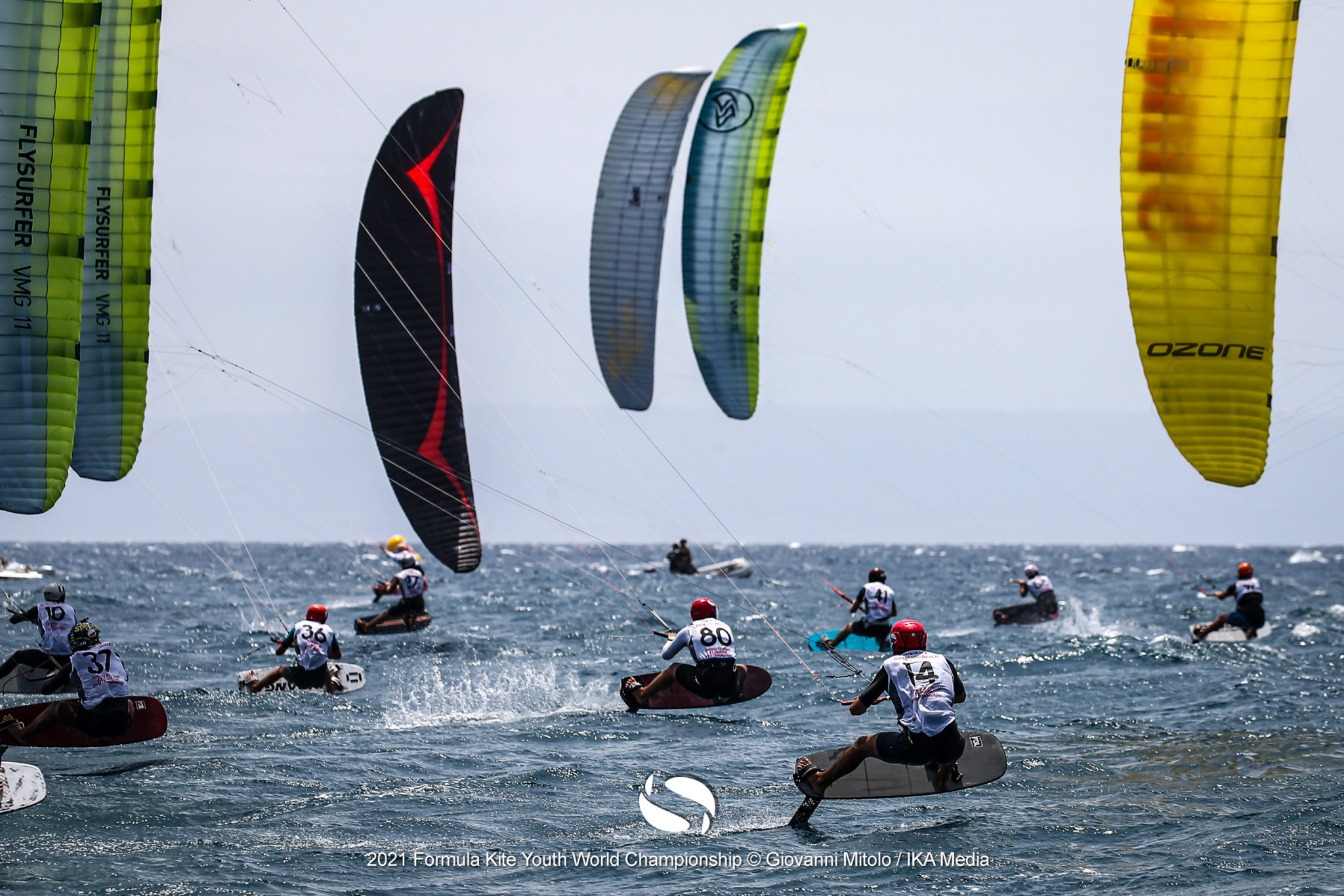 Julia Damasiewicz and Maximilian Maeder made dominant starts to the Formula Kite Under-19 World Championships, winning all of their races at Hang Loose Beach.

Singapore's Maeder has a commanding lead in the men's contest in southern Italy, winning four races today to have a net total of three points.

Italian Riccardo Pianosi is second in the standings despite a shaky start.

Pianosi came fifth in race one, but followed that up with three consecutive second-place finishes so has six points.

Jurkowski’s compatriot, Damasiewicz, has made a flawless start to the women's Formula Kite Under-19 World Championship and was victorious in each race.

Magdalena Woyciechowska is narrowly behind her countrywoman with a net total of six points - double Damasiewicz's haul - after being pipped to the post in three consecutive races, and discarding an opening fourth place.

French kiteboarder Zoe Boutang ended the day’s racing in third, with a net total of 12.

The event began in Calabria today, with the A’s Youth Foil World Championship also being held.

In that under-17 event, boys and girls race together.

The ongoing opening series will be followed by a medal series, for which the top 14 athletes in each class qualify.

In the A’s Youth Foil, Pole Jan Koszowski leads the way, winning three out of the four races today for a net total of three points.

Mikhail Novikov of Russia was never out of the top two and has five points, with home athlete Angelo Soli third with nine.

Formula Kite will be on the Olympic programme at Paris 2024.