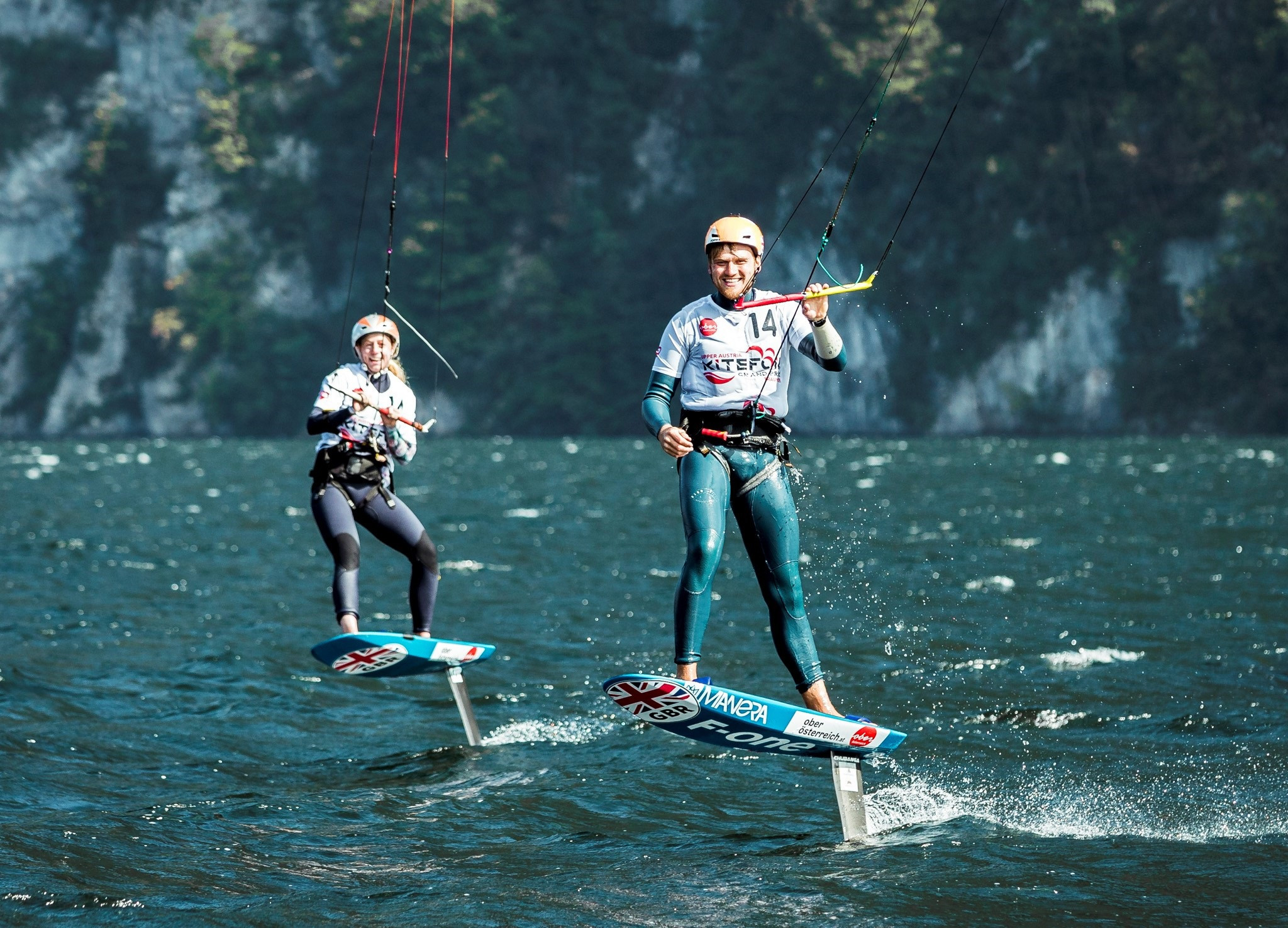 The British pair had gained an automatic place in the final alongside Germany's Florian Gruber and Leonie Meyer, with their remaining opponents set to be decided in the semi-finals.

The male competitors went first in the final, with the women completing the last lap.

Gruber built up a significant lead for Meyer in his lap but his teammate crashed at the top mark, allowing Aldridge to overtake her and cross the line in first place.

"It is actually really horrible watching your friend and teammate going around the race course, knowing how much hangs on it," said Bainbridge.

"But we only had one goal today and that was to keep it simple, and we managed to use our speed and we are very happy with the result."

Gruber and Meyer finished with silver.

"Super happy with the podium finish - that was the goal," Gruber said.

"The last few years we always seemed to miss the podium in the final races of the team events but this time we managed to be solid on the podium, and if we train a bit more we can do even better."

Bridge and Dabson completed the podium after finishing in third place.

The Formula Kite class is due to make its Olympic debut at Paris 2024 as part of the sailing programme.