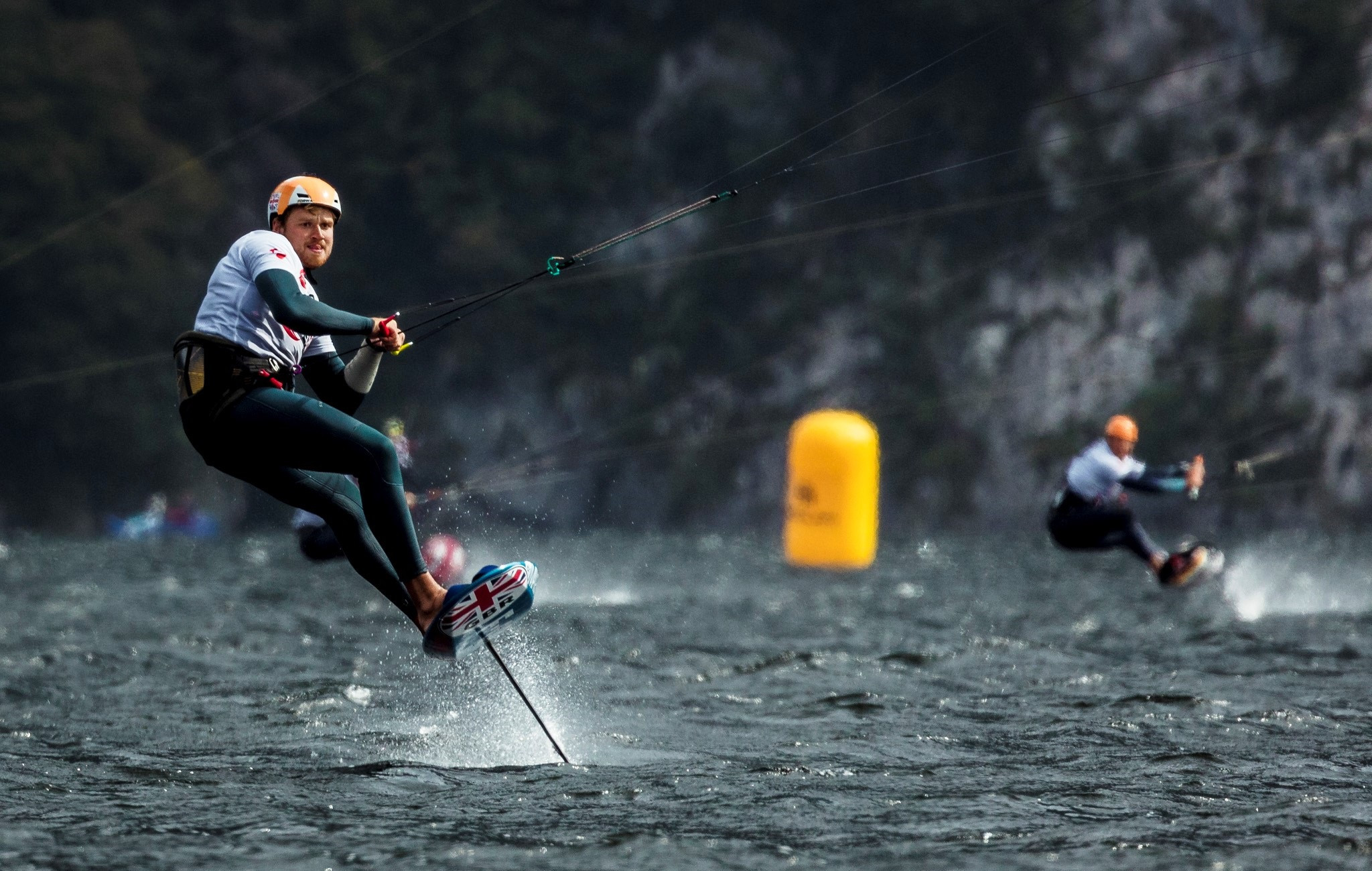 Connor Bainbridge and Ellie Aldridge of Britain and Germany's Florian Gruber and Leonie Meyer qualified for the final of the Formula Kite Mixed Team Relay European Championship, with the discipline set to make its Olympic debut at Paris 2024.

The two pairs claimed the coveted places in the final by finishing in the top two of the gold fleet.

Bainbridge and Aldridge took the top spot, placing first twice and second once in today's races.

A sixth place finish was discarded, giving them a net total of 15.0.

Gruber and Meyer managed three third-place finishes and a fourth place finish to achieve a net total of 20.3.

"We are super happy to be going through in first place, starting with a leg up in the finals, but tomorrow is another day, I think it could be pretty challenging so we are not going to celebrate too soon," said Bainbridge.

French duo Maxime Nocher and Lauriane Nolot were in third with 22.0, enough to put them into the semi-final A flight.

The Formula Kite class is due to make its Olympic debut at Paris 2024 as part of the sailing programme.

The mixed team relay format was selected for the Olympics as the "most exciting", with International Kiteboarding Association (IKA) secretary general Markus Schwendtner claiming it had provided "spectacular racing".

"Since we can not pass a baton like in running, we have used swimming relay as the basis for our format," he said.

"So when one competitor crosses the 'changeover line,' finishing their lap, their teammate begins their lap by crossing the same line simultaneously.

"The position during the changeover is not counted, but the final position at the finish line determines the placing for the team as a whole, bringing in an element of strategy.

"In addition, since the riders have closing speeds close to 100 kilometres per hour, the timing is critical for the changeover, providing some spectacular racing."