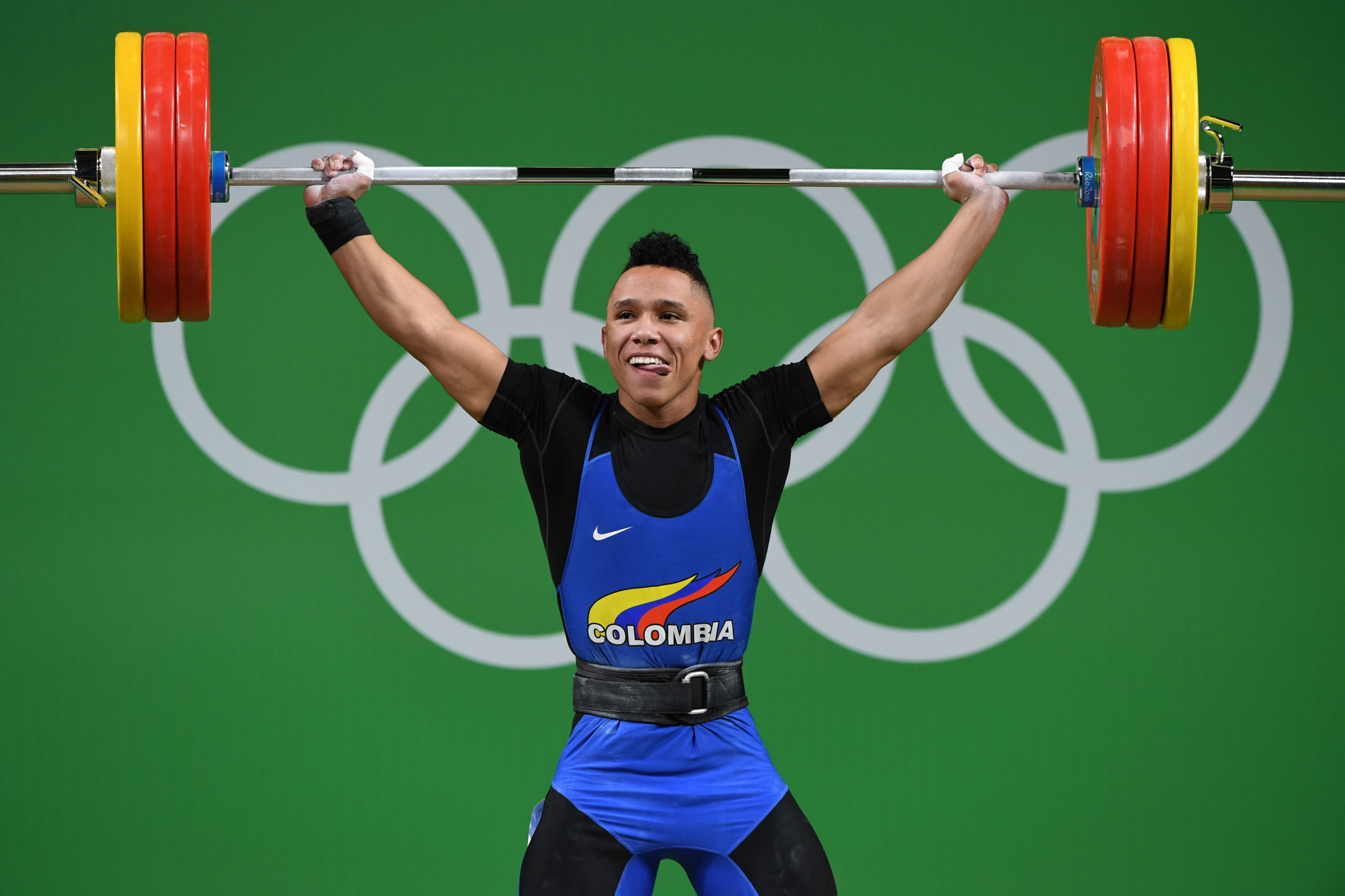 Colombia has escaped an outright ban from weightlifting at the Tokyo 2020 Olympic Games but has lost five of its eight places earned through qualification.

After four other nations - Thailand, Egypt, Malaysia and Romania - were banned from the delayed Games for having multiple doping violations, Colombia faced a similar punishment.

But while three individual Colombian athletes are contesting their doping violations, their National Federation (FCLP) has has come to an agreement with the International Testing Agency (ITA), which carries out all anti-doping procedures for the International Weightlifting Federation (IWF).

Colombia can send one woman and two men to Tokyo, but must forfeit five places.

While no selections have been confirmed, the men’s places are expected to go to Luis Mosquera, a bronze medallist at Rio 2016, in the 67 kilograms and the Pan American champion Jhonatan Rivas at 96kg.

The sole female competitor is expected to be Mercedes Perez at 64kg, or possibly Leidy Solis at 76kg.

If the Colombians opt for Perez, Emily Godley will move up the 76kg rankings in the absence Solis and become Britain’s fourth female qualifier for Tokyo.

Predicted withdrawals in other weight categories could be good news for athletes from Italy, Mongolia, Chinese Taipei and Poland.

Colombia was one of only three nations, alongside China and the United States, to qualify the maximum eight athletes for Tokyo.

Weightlifting is the nation’s top sport in terms of medals won.

Under the agreement with the ITA, Colombia is cleared to begin the qualification programme, in whatever form it takes, for Paris 2024 - provided weightlifting is still on the Olympic Games programme.

It is also allowed to retain hosting rights for the Pan American Junior Championships in Manizales from July 9 to 15, in which some of its young hopefuls for the Paris Games will take part.

On June 11 the ITA referred Colombia to the IWF’s independent sanctions panel because three athletes had tested positive during the Olympic qualifying period, an offence that carries a potential outright ban.

The referral came a day after a ruling from the Court of Arbitration for Sport (CAS).

Ana Segura, Yenny Sinisterra and Juan Felipe Arboleda, who all tested positive for boldenone, a steroid that is widely used in cattle-rearing in Latin America, last year claimed that they had unknowingly ingested the prohibited substance by eating tainted beef.

The CAS did not accept that argument and the athletes were banned for four years - but they were entitled to appeal, a process that could have dragged on right up to the start of the Olympic Games.

William Peña, president of FCLP, argued that the federation was being entered into a sanctions process too soon.

"We respect court rulings but it seems unfair to us," he told insidethegames at the time.

"They are initiating a process to the federation without having completed that of the athletes."

A statement quoted in the Colombian media said FCLP "will not be subject to any additional sanction, not even if the failure of the three athletes is appealed and confirmed by CAS.

"Likewise, no collaborator of FCLP or any other member of the Colombian weightlifting family will be affected by this situation."

The sanctions panel is currently dealing with the case of Vietnam which, because of multiple doping violations during the qualifying period, also faces suspension.