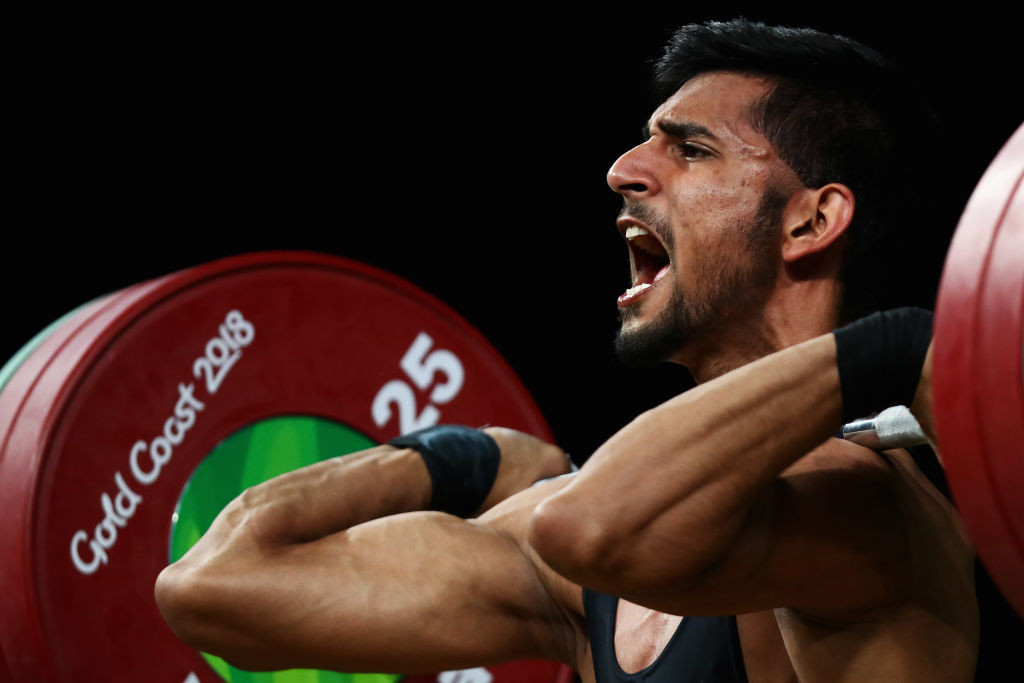 The updated qualifying lists for weightlifting at Tokyo 2020 show that Germany has earned two extra places after doping suspensions, and Pakistan can send its best young talent for decades to the Olympic Games.

Talha Talib, who became Pakistan’s first Asian Championships medallist in 30 years in April, has been awarded an invitation place and he might get a further boost in the coming weeks because of possible doping-related suspensions.

The final version of the qualifying lists, which will feature 196 athletes, is far from clear yet.

Germany had already benefited from the National Federation suspension imposed on Romania 10 days ago, which removed the 64 kilograms gold medal favourite Loredana Toma from the qualifying list.

Now it has also taken a place in the 59kg, after the Greek athlete Konstantina Benteli was suspended for doping.

Europe’s continental slots were both allocated to Germans after the changes - Lisa Marie Schweizer at 64kg and Sabine Kusterer at 59kg.

Benteli, 27, who set national records when she finished sixth at the European Championships in Moscow in April, is believed to have come up positive when the Greek National Anti-Doping Agency carried out 130 tests across a range of Olympic sports earlier this year.

A swimmer has also been suspended for failing to give a sample, according to reports in the Greek media.

"Both have more than earned their participation in the Olympic Games."

Schweizer and Kusterer both competed in the 64kg at the recent European Championships, finishing behind Toma.

They join two German men in Tokyo, Nico Muller at 81kg - he also competed in Rio - and Simon Brandhuber at 61kg.

"The current cleansing effect of the list is an absolutely good and important sign towards the doping nations but also towards the International Olympic Committee (IOC), that finally consistent action is being taken," said Sperl.

"There must be no compromise - the doping nations and doped athletes must finally be held accountable and the unfair methods must come to an end.

"For far too long, these Federations, officials and athletes got away with this cheating."

Sperl had expected both Schweizer and Kusterer to move up the rankings, provided suspensions were imposed on Romania, Colombia and Vietnam, all for having multiple violations.

The fate of Colombia and Vietnam is in the hands of the IWF’s independent sanctions panel, which is additionally considering the case of Turkey after a report by the ITA last week revealed entrenched corruption in anti-doping in the period from 2009 to 2019.

Three of the sport’s leading figures were charged with tampering and complicity offences and have been provisionally suspended - Nicu Vlad of Romania, Hasan Akkus of Turkey, and the IWF’s former President Tamás Aján, who was forced out because of another corruption scandal last year after 44 years at the sport’s governing body.

Vlad and Akkus both sat on the IWF Executive Board until today, when Akkus announced his resignation as President of the European Weightlifting Federation.

Akkus held his IWF seat as a President of a Continental Federation and will therefore lose it.

Vlad has not followed Akkus' decision and remains on the IWF Executive Board despite calls from National Federations for both men to step down.

Sperl praised the ITA for its "very good job" since it took charge of anti-doping matters last October - not least the eight-month investigation that led to last week’s report.

"It was the only and right step to transfer the responsibility in anti-doping and corruption from the IWF to the ITA,” he said.

"Of course, the ITA report is not good news but it must be seen as a necessary further concrete step for the reform of weightlifting.

"For our goal to make weightlifting free of criminal people and methods we need independent investigations outside the IWF.

"The fact that weightlifting is now on the verge of being thrown out of the Olympic programme is demonstrably due to the policy of Tamas Ajan.

"This destructive structure and culture has been developed over the last 40 years, so it is all the more difficult to break down and clean up.

"It will certainly take some time to completely clear up everything.

"I hope that the Member Federations will realise that we only have 120 places in Paris and that this is the last, unmistakable sign that the IOC has given us to reform ourselves."

The next big opportunity for reform comes on Wednesday (June 30), when a new Constitution is due to be adopted at a virtual Congress - a prerequisite if weightlifting is to remain on the Olympic Games schedule, the IOC has said.

Forthcoming decisions on Colombia and Turkey could affect the chances of 21-year-old Talib.

If one or both of those nations are suspended, he would be a serious contender in the 67kg category in Tokyo.

Talib, who has received substantial support from the chief executive of the Pakistan Weightlifting Federation, Hafiz Muhammad Imran Butt, was a national youth champion at the age of 12.

He started in the sport as an eight-year-old in Gujranwala, when he was coached by Naveed Malik and the former Olympian Arshad Malik, who competed at Munich 1972 and Montreal 1976.

Talib, who has trained in rudimentary conditions in a converted gym, is Pakistan’s first Olympian in weightlifting since then and says his selection for a tripartite invitation place is "a dream come true".

He set many age-group records, won a bronze at 62kg in the 2018 Commonwealth Games in Gold Coast, Australia, and has worked well with national coaches Ali Aslam and Muhammad Ilyas Butt.

For the past three years he has been trained by his father and national coach, Muhammad Islam Natiq, who helped him to the landmark snatch bronze medal at the Asian Championships in Uzbekistan in April.

Talib’s career best total of 315kg in the 67kg in Tashkent left him fourth on total, only 1kg behind the Tokyo medal contender Adkhamjon Ergashev of Uzbekistan.

Seven of a maximum eight tripartite places have been awarded so far.

The women’s invitations have gone to Yasmin Zammit Stevens of Malta at 64kg, Nancy Abouke of Nauru at 76kg and Kuinini Manumua of Tonga in the super-heavyweights.

The men are Talib at 67kg, Amur Al-Khanjari of Oman at 81kg, Mohammed Hamada of Palestine at 96kg and Tanumafili Jungblut of American Samoa at 109kg.

Tripartite places are awarded by an IOC Commission to nations "which have traditionally sent small delegations to the Olympic Games".

The IOC states that an objective of the Commission is "to contribute to enhancing and reflecting universality" by inviting athletes from nations that have been unable to qualify.