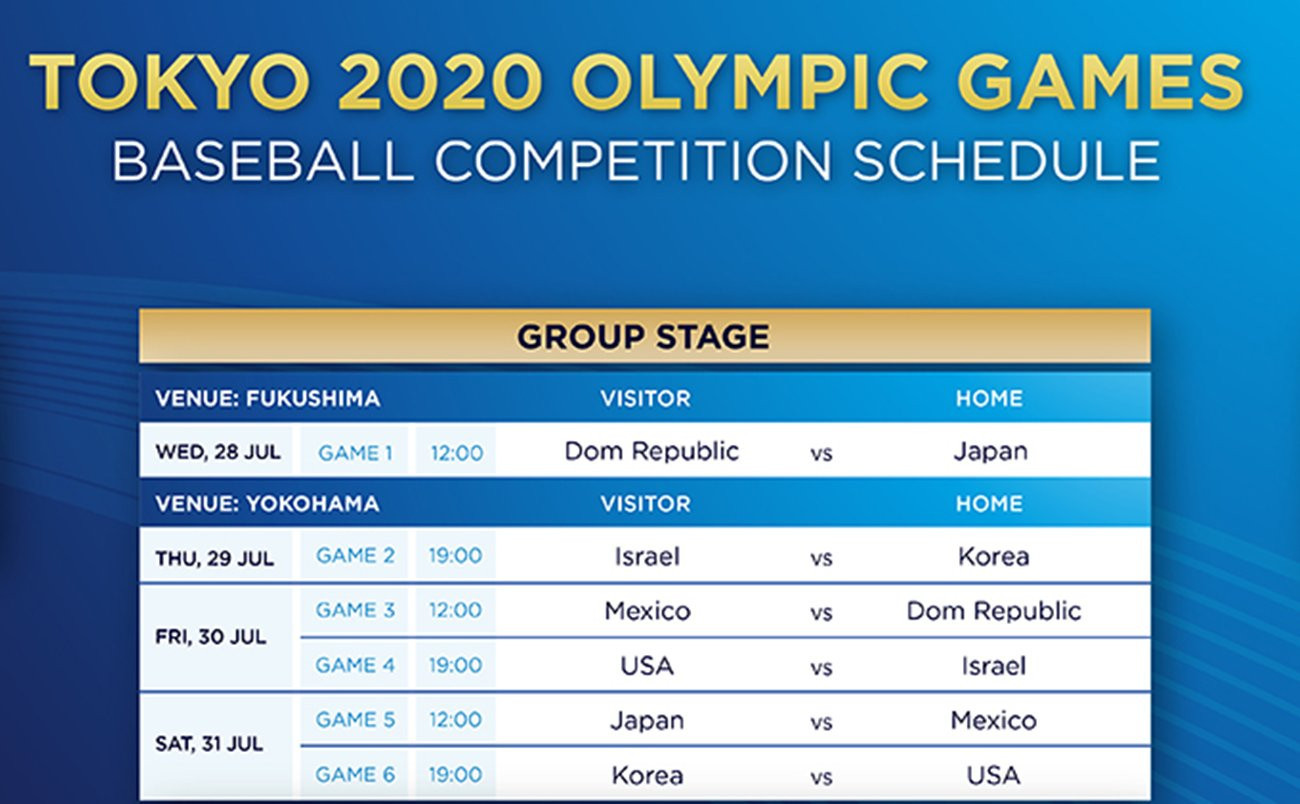 The baseball groups and schedule for the Olympics have been announced by the World Baseball Softball Confederation (WBSC) and Tokyo 2020 Organising Committee, with world number one Japan set to play in Group A with Mexico and the Dominican Republic.

The United States are to face world number three and Beijing 2008 champions South Korea and Olympic debutants Israel in Group B.

The Dominican Republic completed the line-up for the Olympics by winning the last-chance qualifier in Puebla in Mexico earlier this month.

The team are set to play in the opening game against the hosts on July 28 at the Fukushima Azuma Baseball Stadium.

On the final day of the group stage, July 31, Japan face Mexico, while South Korea and the United States will face off in what could be a decider for top spot in Group B.

"With less than 30 days to the Olympic Games at Tokyo 2020, the six national teams now know their road to gold and their path to realise their Olympic dreams," said WBSC President Riccardo Fraccari.

"The return of Olympic baseball, and that in baseball capital like Japan, promises to shine a spectacular spotlight on these Olympic Games, our sport and our talented athletes."

Following a series of knockout rounds, the gold- and bronze-medal games are set to take place on August 7.

Second- and third-placed teams from the group stage will play each other, with the winners advancing to face one another other for an automatic spot in the semi-finals.

The top-seeded teams will also face each other for an automatic spot in the semi-finals, while the losers of those two respective games will enter in the late stages of the repechage.

Men's baseball is back on the Olympic programme for the first time since 2008.