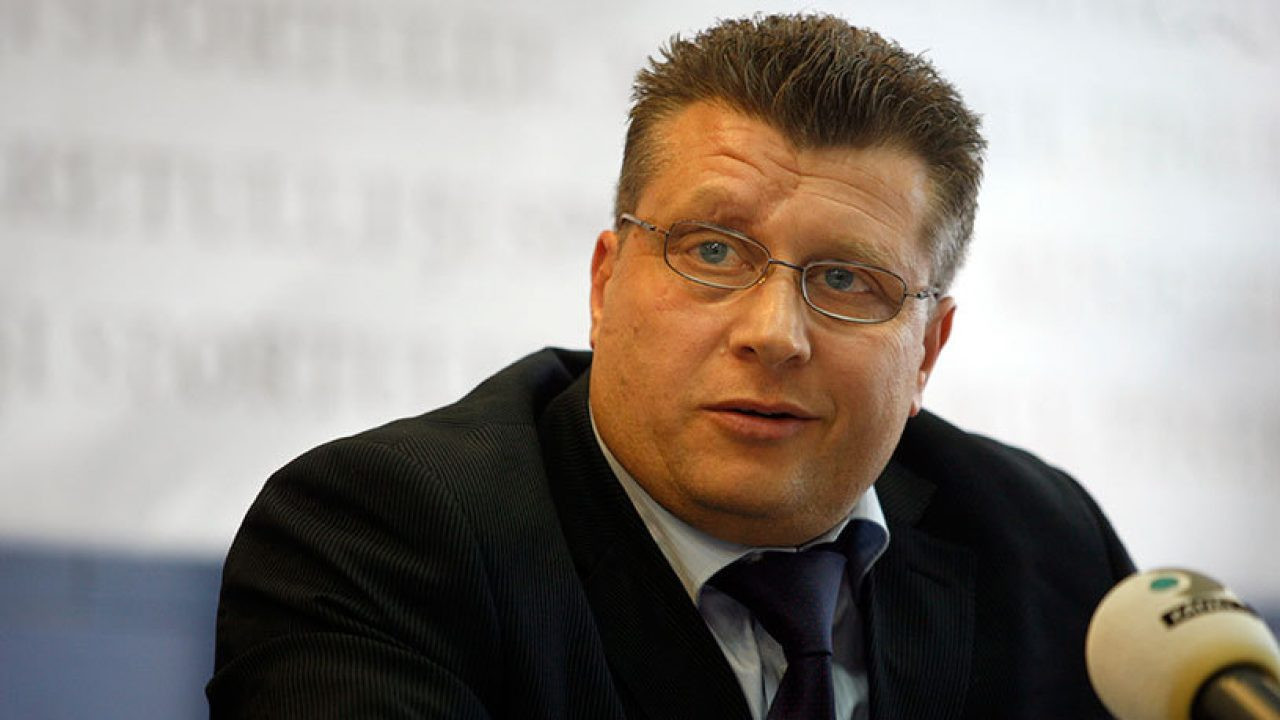 A second member of the International Weightlifting Federation (IWF) Executive Board has stepped aside after being charged with doping offences - and the United States wants five more to be removed, or to seek backing from Member Federations to retain their seats.

Nicu Vlad, the Romanian who was accused of colluding to allow a suspended athlete to compete and win a medal at the London 2012 Olympic Games, has written to the IWF leadership to say he has "stepped aside" until the case against him is closed.

Vlad, an Olympic champion in 1984, has also resigned as joint technical delegate at the delayed Tokyo 2020 Olympic Games, from which Romania is banned.

His decision came a day after Hasan Akkus, who was also charged by the International Testing Agency (ITA) after an eight-month investigation into doping corruption, "stepped aside" as President of the European Weightlifting Federation (EWF).

That decision cost Akkus his seat on the IWF Executive Board, which he held in his role as a Continental Federation president.

More IWF Board members should go during a meeting that could determine the sport’s Olympic future on Wednesday (June 30), according to Phil Andrews, chief executive of USA Weightlifting (USAW).

Before Vlad's departure, Andrews made a formal request regarding six members, including the IWF's two most senior office holders, Mike Irani and Intarat Yodbangtoey.

He copied his request to the International Olympic Committee (IOC) and all Member Federations of the IWF.

It was sent two days before a Constitutional Congress that is seen by many within the sport as the most important meeting in the IWF’s history.

Turkey, Aján, Akkus and Vlad facing sanctions in the sport. Nicu Vlad was one of the main drives behind Ursula and myself leaving the IWF, in the face of looking for proper ethical and reform commissions. https://t.co/nWYesvE2OA

In a separate letter sent jointly by the Federations of Britain, China, Norway, USA, Belgium and Marshall Islands, the IWF is asked to set out how the Congress will work, and to make public the list of nations eligible to vote.

One of the Board members targeted by USAW is the Russian Maxim Agapitov, who said the reason given by Andrews was either based on incompetence or was "a deliberate attempt to distort the facts and spread fake information".

Agapitov, who is in line to take charge of the EWF after the departure of Akkus, countered Andrews' claim that he was serving on the IWF Board "in violation of a ruling by the Court of Arbitration for Sport (CAS)".

In its ruling CAS stated that no "representatives of the Government of the Russian Federation" may sit on the board of an International Federation that is a signatory to the WADA Code.

Andrews said the IWF was "operating in violation of this decision" by allowing Agapitov to sit on its Board because the Russian Weightlifting Federation was under the jurisdiction of Russia’s Ministry of Sport.

Agapitov said he was "extremely surprised and disappointed" by the letter, and wrote to all IWF members to quote the CAS ruling, which refers specifically to "representatives of the Government of the Russian Federation".

He said the weightlifting community was well aware that he had never been a member of the Russian Government or parliament, and was not covered by the ruling.

Agapitov was "reluctant to believe" that Andrews had tried to mislead IWF members but said the claim "may undermine the credibility of USAW’s information and suggestions".

He invited Andrews "to correct his position".

"If our advice on the wording of the WADA versus RUSADA decision is incorrect in practical application, then of course we withdraw our comments regarding Mr Agapitov, who is not part of that particular decision personally, while our comments on the other serving individuals stand," Andrews said.

Andrews - who gives his views on Wednesday’s Congress here - has written to Interim President Irani and the IWF Board members "to remind you of some obligations that are before you".

He asks that USAW be given the floor at Congress "per our constitutional right" to raise a motion regarding the positions of Irani, first vice-president Intarat Yodbangtoey, and Board members Sam Coffa, Agapitov and Mahmoud Mahgoub.

He also included Vlad, before his decision to "step aside".

Andrews said: "There is an alternative to this, for the Executive Board, or individuals themselves to do the right thing for the sport and resign, or in the case of Dr Irani and Mr Coffa to put themselves before the Congress for consideration."

Irani became Interim President last October when the board voted the American Ursula Papandrea out of that role, in which she had tried to implement wide-ranging reforms.

Papandrea had taken charge in the wake of damning revelations about corruption during the reign of Tamás Aján, the Hungarian who resigned as President in April 2020 after 44 years at the IWF.

"The presence of Dr. Irani as an Executive Board member is not in question.

"Please note that although this is a Constitutional Congress it is still a Congress."

The next elections are likely to be held in October this year.

Irani did not respond to a request for comment.

Andrews said Coffa, an 85-year-old Australian who has been involved in the sport for decades, was on the Board "without Bylaw 4.2.1.4 (11)" and was simply appointed by the current Executive Board based upon the argument that COVID-19 caused an emergency appointment to be necessary.

"Therefore, Mr Coffa should be immediately removed from the Board, or at very least the Congress should be asked to endorse Mr Coffa’s position," Andrews said.

Coffa did not reply to a request for comment.

Egypt and Thailand, which have members on the IWF Board, are, like Romania, banned from Tokyo because of doping.

Intarat, who was in charge of weightlifting in Thailand during doping scandals that involved teenagers, was "specifically named in the McLaren Report (published a year ago) bringing the sport into disrepute" and continues in his IWF role "while the nation he represents is banned", Andrews writes.

"The intent of such a ban is to remove officials from position, per verbal confirmation of the chair of the IMFP (Independent Member Federations Sanctions Panel) that made the decision in question," Andrews adds.

"Therefore, since the IWF is not willing to uphold such a ban, the Congress must step in to remove Maj Gen Intarat Yodbangtoey."

Mahgoub was in the same position, sitting on the IWF Board while Egypt, the nation he represents, is banned and should also be removed by a vote at Congress, Andrews said.

Weightlifting has lost more than half of its quota places and its place on the Olympic Games programme after Paris 2024 is under threat unless it takes a new direction in governance and cleans up its horrendous doping record.

Within the past 18 months the IWF has been the focus of three corruption scandals, has blocked attempts at reform, and has been repeatedly criticised by the IOC leadership, which has no confidence in the current Board.

The IOC has made clear its views to Irani, and has said there should be no weakening of the proposed new constitution when it goes before members for adoption at Wednesday's virtual Congress.