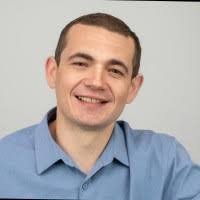 This Wednesday (June 30) will see Member Federations of the International Weightlifting Federation (IWF) gather for the first time as a group since 2019, they do so to seek to approve reform of the constitution of the IWF.

During the time between the last in person Congress taking place in Pattaya, Thailand the IWF has been through three Interim Presidents - Ursula Papandrea, Intarat Yodbangtoey and Mike Irani- three widespread investigations by the World Anti-Doping Agency (WADA), the International Testing Agency (ITA) and the McLaren Report and, of course, the turmoil of the COVID-19 pandemic.

Those Federations have a simple task in front of them - doing the right thing - to ensure reform in key areas that benefit both the athletes we serve but also satisfy the International Olympic Committee (IOC) who will be watching closely.

Lessons here can be taken from the International Boxing Association, who recently underwent a similar exercise but did not go far enough to satisfy the IOC, while others such as the International Biathlon Union and World Athletics should be looked to for better examples of reform.

We must end Wednesday as a leader, to do the maximum not the minimum.

That means the constitution needs to advance the sport in 4 key areas:

Let me say that one more time, we owe the athletes and the IOC outstanding levels of action in four key areas, we as a sport cannot let them down this coming Wednesday. Everything is on the line.

This can be a positive day for the sport, the start or re-start of a refreshed, better IWF that turns its’ head towards the people it should really serve, the athletes. A first step? Absolutely, but a crucial positive step towards serving those individuals who lift the weights, and of course, to re-establishing ourselves as a core Olympic sport.

That is where we should be. I implore our Member Federations to be bold, to make history this Wednesday.

I know many agree with what I may say below. This is not thus just an American view but the view of many nations.

So, how did we get here?

The IWF has a governance problem and is still recovering from problems related to significant mismanagement of our anti-doping process as the investigations above prove. Right now, the IWF Executive Board, who dismissed its’ own independent advice on this matter led by Australia’s Darren Kane. The IWF also came third last in the last Association of Summer International Federations review of governance of International Federations.

The easiest demonstration of this lack of dedication to good governance is the fact that following the McLaren Report, Operation Arrow report, ITA report and multiple sanctions if we look at today’s Executive Board, we see Nicu Vlad, Mohammed Magoub and Intarat Yodbangtoey all of whom represent current sanctioned Federations.

We see Maxim Agapitov who takes a seat at the primary table of the organisation despite the WADA ruling against the Russian Anti-Doping Agency.

Finally, we see Sam Coffa of Australia who was appointed in violation of the IWF’s constitution. Ironic then, that Mr Coffa was put in charge of said constitutional reform after the organisation dismissed Darren Kane, recommended by, Sam Coffa.

In relation to those reports, the IWF has yet to take any action in relation to the McLaren Report and those mentioned within it, some of whom currently still sit on the Executive Board. Perhaps even worse, no meaningful action has been taken to address the recommendations for improvement of the IWF provided by the McLaren report.

Ahead of this Congress, the Executive Board re-instated and suspended several Federations, while those moves might have had merit in some cases, it did so once again ignore its’ own Commissions, in this case the Membership Commission.

Our track record on anti-doping means that we need to show extremely strong action in this area.

The proposed amendment from the United States of America, first put forward in 2018, links voting rights to anti-doping violations, including this amendment would allow the IWF to show an embedded commitment to clean sport, and a willingness to put the clean platform over personal gain.

Similarly, it is essential that we enshrine our commitment to independent anti-doping programmes, and the funding of those programmes, in the constitution. Doing so puts the commitment to this in the hands of the entire membership of the IWF rather than the Executive Board, who already showed they will not commit by rolling back areas of Section 12 of the IWF Anti-Doping rules in late 2020.

Weighted voting is commonplace in other Federations, this amendment would send a clear, and essentially irreversible message that we are willing to put doping in our past. This is also the same basis under the 2020 Olympic Qualification System was based which has been widely praised by clean sport experts, as well as specifically praised by IOC leadership, including President Thomas Bach.

The IWF has in Sarah Davies of Great Britain an outstanding human chairing its’ Athletes Commission and to their credit, they have included her in the working group for this Wednesday, as well as an invite to sit at the Executive Board table.

That is progress, without question.

However, it is time we gave athletes a meaningful and elected say in the way their sport is governed. That means votes in the Executive Board, and meaningful votes, and it means meaningful votes in the IWF Congress, and a seat at the table when discussing any athlete facing program - for example, Olympic qualification.

This means access for athletes worldwide, from the athletes directly not just those put forward by their National Federations. Athletes need a direct mandate from athletes, and as the key stakeholder of sport need to have the ability to make change of behalf of those same athletes.

This is an area where we can be a leading International Federation if proposals from the IWF’s own athletes commission are accepted.

That is what I said, the IWF as a leading example to other International Federations.

In recent years, three women have been elected to the IWF’s Executive Board - Ursula Garza Papandrea from the United States, Karoliina Lundahl from Finland and Moira Lassen from Canada, that is from the 42 available positions over two electoral cycles not counting any replacements.

Each served the IWF well, and there are plenty of other examples of outstanding women involved in our sport worldwide, from each continent. It is high time we gave the same priority to those who run our sport as we do on the platform. That means that we need to be at least giving 30 per cent of the Board over to the lesser represented of the two genders. Trust in the women of weightlifting, perhaps it is worth mentioning that two of the Federations that have advanced most in the last few years have 50 per cent or more representation on their own boards – the United States and Fiji.

The IWF again has made progress in being a more transparent organisation in recent years, however, we can never do too much in this area. Darren Kane’s constitution does an excellent job of moving us forward here, but again we must lead and not simply do enough.

One way we can do this is by opening Executive Board meetings to Member Federations for their observation. Today’s “Age of COVID” has shown that we are all more connected around the world than we were. It is also vital we put into place electoral rules that ensure that clean and fair elections take place.

Finally, to put our past in the past, the IWF must enshrine a proper ethics and disciplinary process in place, and deal with those named in the McLaren Report, preferably via an independent integrity unit.

The IWF can, and ought to be, a core sport on the Olympic Games program. It is up to Member Federations to take this opportunity to lead, or to simply decide that personal gain over the sport, yet again. The greater good, and ultimately, the clean athlete must prevail this Wednesday.

Member Federations, the power is in your hands. Use it.