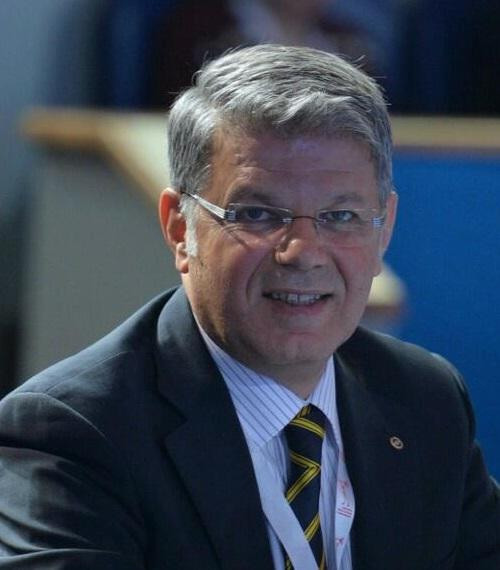 Hasan Akkus has "stepped aside" as President of the European Weightlifting Federation (EWF) three days after being charged with a serious anti-doping violation.

His decision means he loses his seat, as a Continental Federation president, on the Executive Board of the International Weightlifting Federation (IWF).

Nicu Vlad, the Romanian who was also charged by the International Testing Agency (ITA), remains on the IWF Executive Board despite calls from several National Federations for him to step down.

Akkus, from Turkey, was caught up in the latest doping scandal to hit the troubled sport last week when he was accused of tampering with results management.

The ITA investigated doping corruption in weightlifting in the period 2009 to 2019.

It said that Akkus - elected as EWF President only in April after eight years as general secretary - tried to avoid a possible ban and a hefty fine for the Turkish Weightlifting Federation (TWF), of which he was President at the time, when 17 of its athletes tested positive in the last two months of 2012.

"I want to inform you that yesterday I voluntarily stepped aside from the EWF Presidency until the allegation against me is over," Akkus wrote to the EWF Executive Board members.

"According to the EWF Constitution, the first vice-president of the EWF, Maxim Agapitov, will chair the EWF as Interim President, unless the EWF Executive Board decides otherwise.

"I always put the need of the EWF Member Federations first and I have worked hard to develop EWF during eight years as general secretary and short term as President.

"I have made this decision to protect our sport and the EWF, and I expect your understanding."

Ashley Metcalfe, chief executive of British Weight Lifting (BWL), said that as the sport was under such close scrutiny from the International Olympic Committee (IOC), it would be better for the EWF to hold fresh elections.

He pointed out that Agapitov, from Russia, had been criticised by the IOC during one of its public complaints about the governance of weightlifting.

Russia has served suspensions for multiple doping violations, including a ban from the Rio 2016 Olympic Games, and has been accused of state-sponsored doping.

Agapitov, who is an IWF Executive Board member, served a doping ban in the 1990s, but he has cleaned up the sport since becoming president of the Russian Weightlifting Federation in 2016.

In a letter to the EWF board Metcalfe wrote: "As the allegations are implicating the EWF’s highest office holder, BWL propose that the process for new virtual elections is implemented with immediate effect.

"Although this contradicts article 19.11 of the EWF Constitution, BWL believes that this is the safest and most appropriate route forward to appease the sport’s key stakeholders and the IOC in particular, who have previously outlined publicly their reservations regarding the EWF’s first vice-president’s eligibility.

"The EWF should pride itself on setting the highest governance standards and ensuring that only those ethically eligible individuals with appropriate skillsets and experience are elected to positions of authority."

The ITA’s investigation report claims that in 2013 Akkus colluded with the IWF to make it appear that the 17 positives were "national" cases - which would free the Federation from severe punishment - rather than the responsibility of the IWF.

In the build-up to the EWF elections, Akkus had told insidethegames that he expected all outstanding historic cases against Turkey to be closed without consequences.

As a result of the ITA’s eight-month investigation, the former IWF president Tamás Aján and Vlad, an IWF vice-president, were charged with "tampering and complicity".

They are said to have colluded to allow a Romanian weightlifter, Roxana Cocos, to compete at the London 2012 Olympic Games when they knew she was provisionally suspended for two doping offences.

Vlad, an Olympic champion in 1984, is President of the Romanian Weightlifting Federation, which is under investigation for further organised doping offences.

He was chair of the IWF Anti-Doping Committee at the time of the alleged offences, which came in a year when five Romanians tested positive for steroids, including all four of its team at the London 2012 Olympic Games.