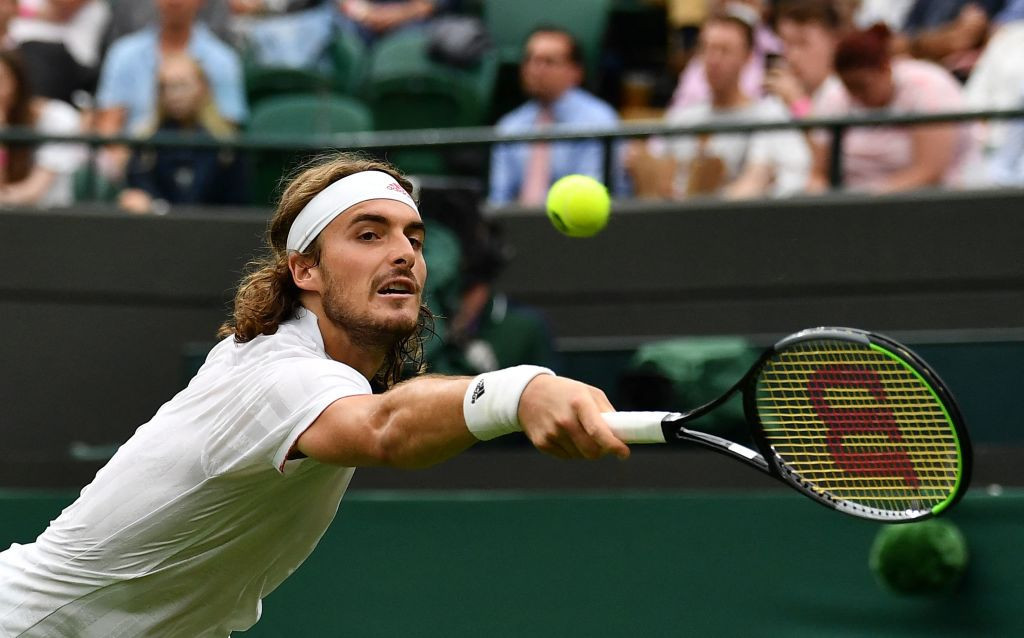 Third seed and French Open runner-up Stefanos Tsitsipas crashed out of the first round at Wimbledon after losing in straight sets to unseeded American Frances Tiafoe.

World number 57 Tiafoe produced an impressive display on his way to recording a shock 6-4, 6-4, 6-3 win on the opening day of the tournament.

Tsitsipas, who lost the French Open final to Novak Djokovic earlier this month despite being two sets up, has now lost in the first round at Wimbledon on three of his past four visits to the All-England Lawn Tennis Club.

"It was one of my best performances," Tiafoe said.

"From start to finish it was pretty clean.

"I'm not close to where I want to be.

"Today was big, I definitely needed that.

"He [Tsitsipas] is going to do a lot of great things."

Djokovic, chasing a record-equalling 20th Grand Slam title, dropped the opening set in the first round for the first time since 2010 but his class eventually shone through in a 4-6, 6-1, 6-2, 6-2 victory.

The Serbian top seed will take on South Africa's Kevin Anderson in the second round in a repeat of the 2018 final, which Djokovic won in straight sets.

Two-time Wimbledon champion Sir Andy Murray joined Djokovic and Tiafoe in the next round, beating Georgian Nikoloz Basilashvili in his first match at Wimbledon since losing to Sam Querrey in the quarter-finals in 2017.

In the women's draw, Petra Kvitová's pursuit of a third Wimbledon crown ended at the first hurdle as she was beaten by American Sloane Stephens.

In a battle of two former Grand Slam champions, Stephens, the 2017 US Open winner, swept aside the Czech 6-3, 6-4 to progress to round two.