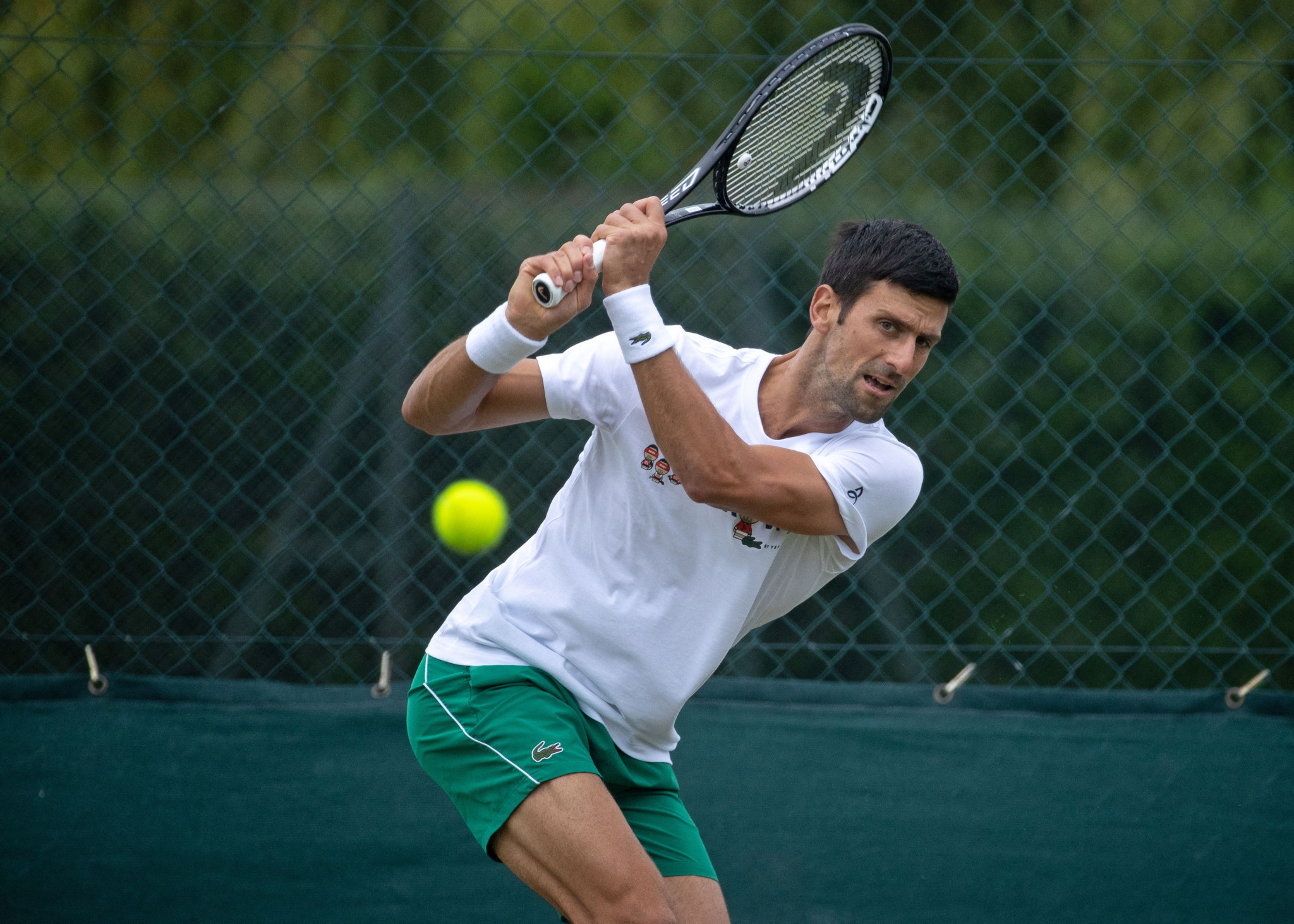 World number one and defending champion Novak Djokovic will be targeting a record-equalling 20th Grand Slam title at Wimbledon.

The Serbian sits just one behind Spain’s Rafael Nadal and Switzerland’s Roger Federer on the all-time list after winning the French Open earlier this month.

Nadal will not be at the tournament after the world number three opted to pull out to help prolong his career.

Federer, an eight-time winner of Wimbledon, is also facing question marks over his fitness after withdrawing from the French Open due to discomfort in his knee.

Wimbledon returns this year after it was cancelled in 2020 due to the COVID-19 pandemic.

Djokovic, who won the men’s singles title in 2019 following a five-set epic win over Federer, will now look to secure his sixth Wimbledon crown and third successive major victory after wins at the Australian Open and French Open.

"The level of confidence is pretty high [after] winning the two majors this year, playing very well in Roland Garros," Djokovic said.

"That tournament took a lot out of me, mentally and physically and emotionally.

"It also granted me with an incredible amount of positive energy and confidence that created a wave that I'm trying to ride.

"I understand that people love to debate who is the greatest, who is going to have the most titles, et cetera, et cetera.

"There's always a lot going on off the tennis court.

"But once I'm on the court, I try to lock in and I try to exclude all the distractions."

Djokovic will open his campaign against Britain’s Jack Draper tomorrow, while Federer meets Frenchman Adrian Mannarino in the opening round.

Simona Halep of Romania has announced that she will not be defending her women’s singles title after withdrawing due to a calf injury.

Halep retired from a second-round match against Germany’s Angelique Kerber at a clay-court event in mid-May and has not competed since.

Australia’s Ashleigh Barty goes into the tournament as top seed having won three titles this year and will play Carla Suárez Navarro of Spain in the first round.

Serena Williams of the United States is the only player in the top eight seeds to have won Wimbledon, with the last of her seven crowns coming in 2016.

The 2019 runner-up, who go up against Aliaksandra Sasnovich of Belarus in the opening round, will hope to end her long wait to secure a record-equalling 24th Grand Slam title.

The third tennis Grand Slam of the year is set to operate at 50 per cent capacity when it begins tomorrow.

Organisers will then be allowed to fill the 15,000-seater Centre Court on July 10 and 11, when the women’s and men’s singles finals, respectively, are set to be held.

Wimbledon is part of the United Kingdom Government’s Events Research Programme that will allow audience numbers to return to near full capacity.