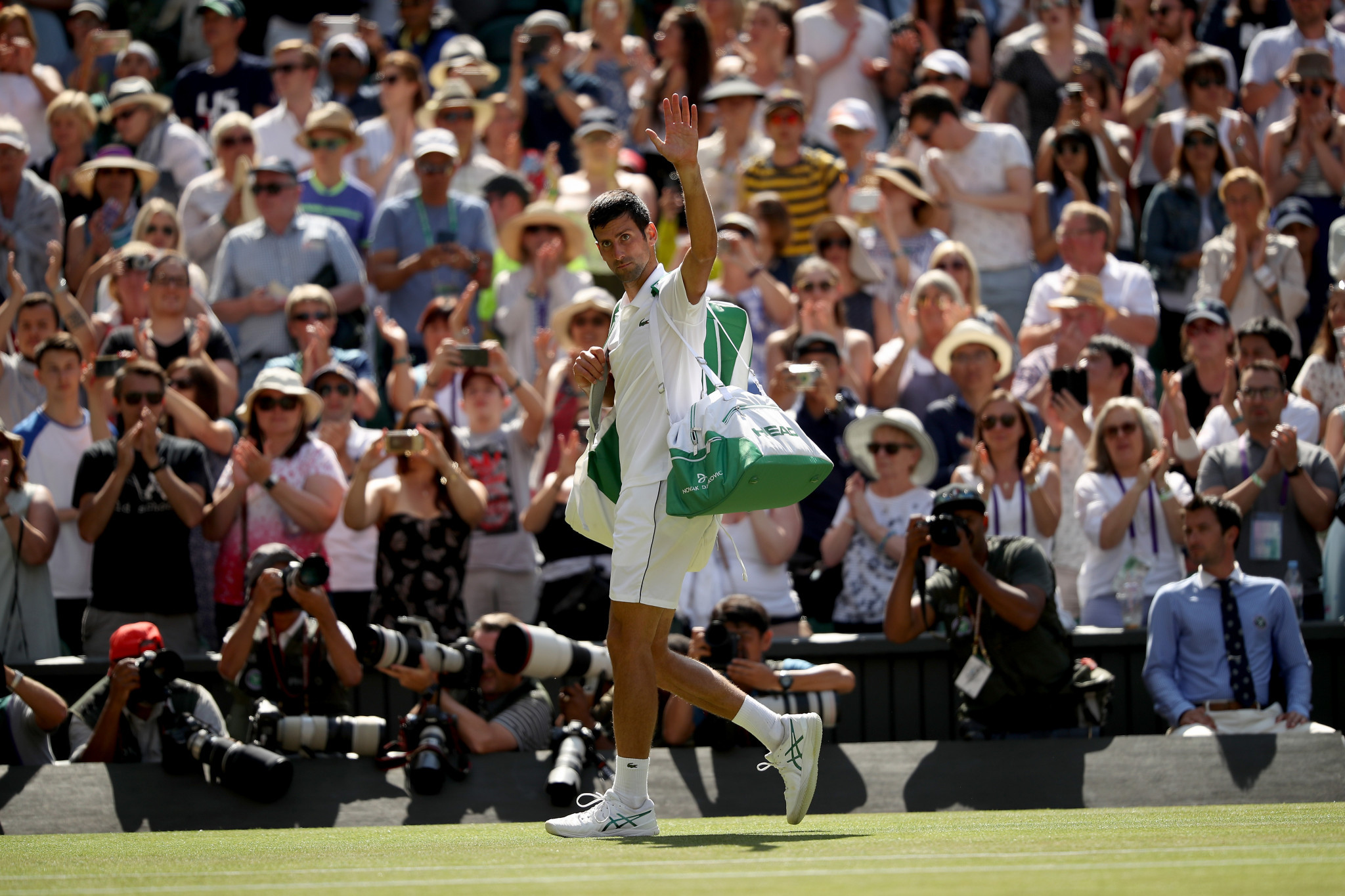 The final weekend of this year’s Wimbledon will be played in front of a full house, making it the first sporting event in United Kingdom to welcome capacity crowds since the start of the COVID-19 pandemic.

The third tennis Grand Slam of the year is set to operate at 50 per cent capacity when it begins on June 28.

Organisers will then be allowed to fill the 15,000-seater Centre Court on July 10 and 11, when the women’s and men’s singles finals, respectively, are set to be held.

The UK Government also confirmed that Wembley Stadium will be able to increase capacity to 50 per cent when it stages a round of 16 matches, both semi-finals and final of the UEFA European Championship.

Wimbledon and the latter stages of the European Championship will be among 20 fan pilot events as part of the Government’s Events Research Programme that will allow audience numbers to return to near full capacity.

All COVID-19 restrictions were originally due to be lifted in England on June 21 but the Government has decided to delay the unlocking of lockdown until July 19 in response to rising cases of the Delta variant.

"We want to gather further evidence on how we can open up all big events safely, and for good," said Culture Secretary Oliver Dowden.

"The expansion of trials of the NHS app and lateral flow testing will mean that bigger crowds will be able to attend a limited number of major sporting and cultural events early this summer as part of our events research programme.

"In the next few weeks, this means more fans enjoying the Euros and Wimbledon, and some of our biggest cultural and sports events."

Wimbledon was the only one of the four tennis Grand Slams to be cancelled entirely because of COVID-19 in 2020.

"We are continuing to work closely with the Government to finalise the details including the requirements for COVID-status certification for spectators," a statement from the All England Lawn Tennis Club read.

"We are pleased to have worked closely with the Government, public health bodies, and our local authority in Merton, to confirm that, as part of this next phase of pilot events, the Championships 2021 will begin on Monday 28 June with 50 per cent capacity across the grounds, building to full capacity crowds of 15,000 on Centre Court for the finals weekend.

"This will enable us to fulfil our aspiration of staging the best Wimbledon possible within the current circumstances, with the health and safety of all those who make Wimbledon happen - our guests, competitors, members, staff, media, officials, local residents, and partners - remaining our highest priority."

Novak Djokovic of Serbia and Simona Halep of Romania are the reigning men’s and women’s singles champions.

The UK has the sixth-highest death toll in the world as a result of COVID-19, with more than 128,000 fatalities recorded.