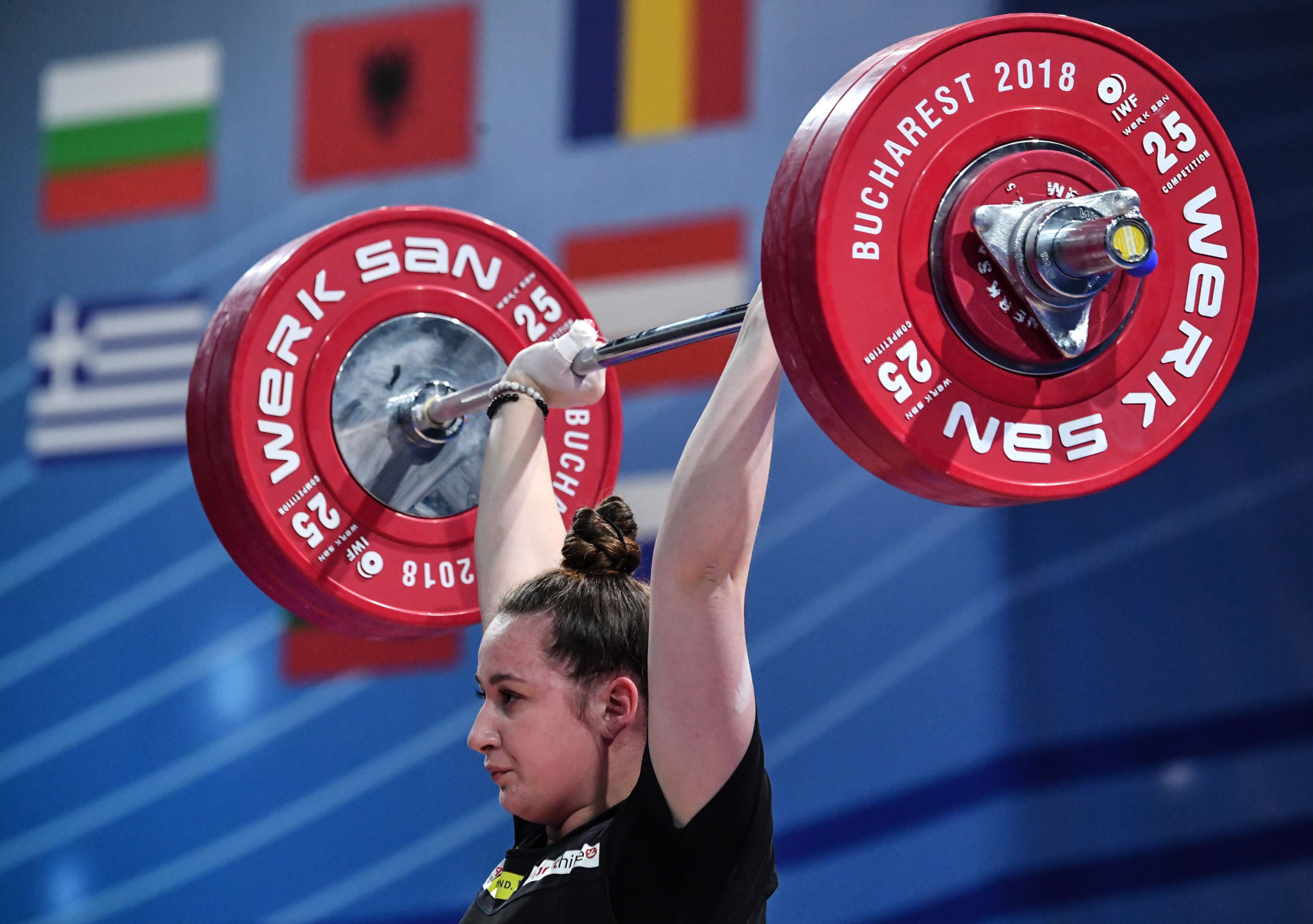 Five weightlifters whose chances of qualifying for the Olympic Games appeared to be dead have been told they will be going to Tokyo 2020.

The three men and two women are all European and have benefited from the reallocation of places not taken by other continents, a surprise withdrawal, and a doping suspension.

The men are the veterans Peter Nagy of Hungary in the super-heavyweights, Arnas Sidiskis of Lithuania at 109 kilograms, and Erkand Qerimaj of Albania at 81kg.

The women are the 25-year-old German Lisa Schweizer at 64kg and the young Austrian Sarah Fischer.

Fischer, 20, made all but one of her qualifying totals at 87kg but has qualified in the super-heavyweights, in which she was also eligible.

In the last week of May, Fischer was in despair after failing to make a total in Uzbekistan at the International Weightlifting Federation (IWF) Junior World Championships, her final chance to claim a continental slot ahead of Belgium’s Anna Vanbellinghen.

Fischer was injured in the build-up to Tashkent, where she competed as an “Extra” - one of those athletes given a second chance to claim “gold” qualifying points a year after the 2020 World Juniors were cancelled because of COVID-19.

“Before the junior worlds I knew I had a tiny chance to qualify, but after my bad competition I was done, I knew it was over,” she told insidethegames.

“I was injured before the competition, so I wasn’t feeling myself there.

“It was pretty hard to sit in my room afterwards, knowing it was over for me.”

But on Friday (June 18) she took a call from Gerhard Peya, the President of the Austrian Weightlifting Federation, who told her the good news.

No African woman had qualified, that vacancy freed up a place and on rankings it went to Fischer - the second Austrian going to Tokyo 2020 after Sargis Martirosjan qualified in the men’s super-heavyweights.

“After the lowest low in my life I have gone to a really big high,” she said.

“I’m still not sure I fully realise that I’m actually going to the Olympics.”

Schweizer took her place in the 64kg when the gold medal favourite Loredana Toma of Romania was forced out by the suspension of her National Federation last week, for multiple doping offences.

The withdrawal of Roman Zaitsev, of Ukraine, in the men’s 109kg gave Sidiskis his chance.

Zaitsev is simply listed as “withdrawn “with no further information, which means Ukraine now has no male lifters in Tokyo as its top hope, Dmitro Chumak, was recently put on provisional suspension for failing to give a sample and allegedly trying to bribe anti-doping testers.

While Fischer, who first announced her ambitions to compete at the Olympics as a 12-year-old, Schweizer and Sidiskis head to the Games for the first time, Nagy and Qerimaj have done it before.

Nagy’s 15-year career in international weightlifting featured appearances at London 2012 and Rio 2016, where he finished ninth and 10th respectively.

He gets his place because there is no eligible African to take the continental slot.

At 35, Nagy is three years older than Qerimaj, but the Albanian has been competing for longer, having started at the IWF World Championships way back in 2003.

He thought he might have made it to Athens 2004, when he had the best results in what was then a team qualifying system, as a 16-year-old, but he was not selected.

“That was a huge disappointment for me, but four years later I qualified for Beijing 2008,” Qerimaj said.

Since then, he has been coached for 13 years by the man he regards as the “GOAT” of coaches, Zef Kovaçi - who worked for years with one of the biggest names in the sport, Pyrros Dimas.

Dimas, the Albanian who was a triple Olympic champion for Greece and is now performance director for USA Weightlifting, was coached by Kovaçi when he was still in Albania – where he is still known as Pirro Dhima.

Qerimaj said he has “a great relationship” with Kovaçi, who was Albania’s national team coach for many years, as a coach, friend, and father figure.

“I not only get advice from him in sport but also he has been close to me in every win and also in life's most difficult moments,” he said.

Qerimaj has won medals at World and Continental Championships and the Mediterranean Games, has trained hard all his career and was determined to qualify this time - but he finished out of the automatic selection places after an elbow injury disrupted his preparations for the European Championships in April.

His optimism was well founded.

The continental slot for Asia could not be allocated in the 81kg category because no eligible athlete could take it, and the reallocated place went to Qerimaj.

The Asian place would have gone to Uzbekistan’s 19-year-old junior world champion Mukhammadkodir Toshtemirov but he was not selected.

Uzbekistan is restricted to two men’s places because of multiple doping violations and had medal contenders at other weights.

Japan’s host nation places have also been allocated and as expected, Hiromi Miyake is among them and will compete at her fifth straight Olympic Games.

Miyake is in the women’s 49kg category that features Dika Toua of Papua New Guinea, who is also competing at a fifth Olympic Games.

Four men had already qualified but two further host nation places in the women’s events went to Kanae Yagi at 55kg and Mikiko Andoh at 59kg.