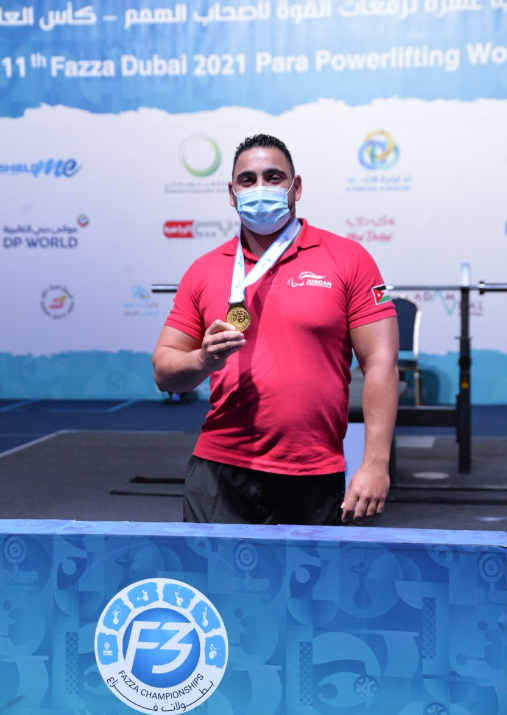 On a third day of action at the Dubai Club for People of Determination in which three world records went Khattab did more than his fair share.

After securing victory by lifting a world record of 137kg on his third attempt, Khattab then had a fourth attempt, which was not counted in his competition result, of 140kg - and succeeded.

Ye had produced the first world record of the day by improving on his own mark of 234kg set at Indonesia 2018 Asian Para Games as he lifted 236kg in his second attempt, putting himself in gold medal position before Khattab stole the show.

Ye eventually settled for the silver, ahead of compatriot Xiaofei Gu, who lifted 234kg.

"I am, of course, very happy with my performance here," said Khattab.

"I came here with the goal to better my personal record and thank God, I manage to do it, not just once but twice breaking the world record.

"I feel very confident ahead of Tokyo 2020 Paralympics."

"I am happy with my show today," said the 51-year-old Khalaf, who is hoping to compete in Tokyo.

"It’s a good number for now considering that I have changed my category and we were competing after a long time.

"I will work harder now in the next two months and do my best in Tokyo."

Around 300 Para powerlifters from 62 nations are vying for glory at the Dubai 2021 event, which is the last chance for the Para powerlifter to improve their world rankings to get a slot at the Tokyo 2020 Paralympic Games.

In the women’s events, Ali Amany of Egypt won under-86kg gold with a lift of 132kg, while China’s reigning world champion Han Miaoyu cleared the bar at 134kg to win women’s under-73kg gold.

Bettir overcame a field that included three-time Paralympic medallist Lei Liu to take the gold with a lift of 191kg.

Liu had to retire after hurting his shoulder.

Chile’s Jorge Carinao finished just a kilo behind at 190kg to claim the silver, while Britain’s Mark Swan took the bronze with 179kg.

"The level of competition is very high here and I am very happy with my performance today; my best ever in this tournament," said Bettir, a gold medallist at the Fazza Championships in 2019.

Earlier, China’s Qi Yongkai had found inspiration to lift 186kg in his third and only successful attempt to earn China’s fourth gold in the men’s under-59kg.

Reigning world champion Vladimir Krivulya lived up to his billing and gave Russia its first gold in Dubai 2021, triumphing in the men’s under-54kg with a lift of 182kg, finishing far ahead of the rest.