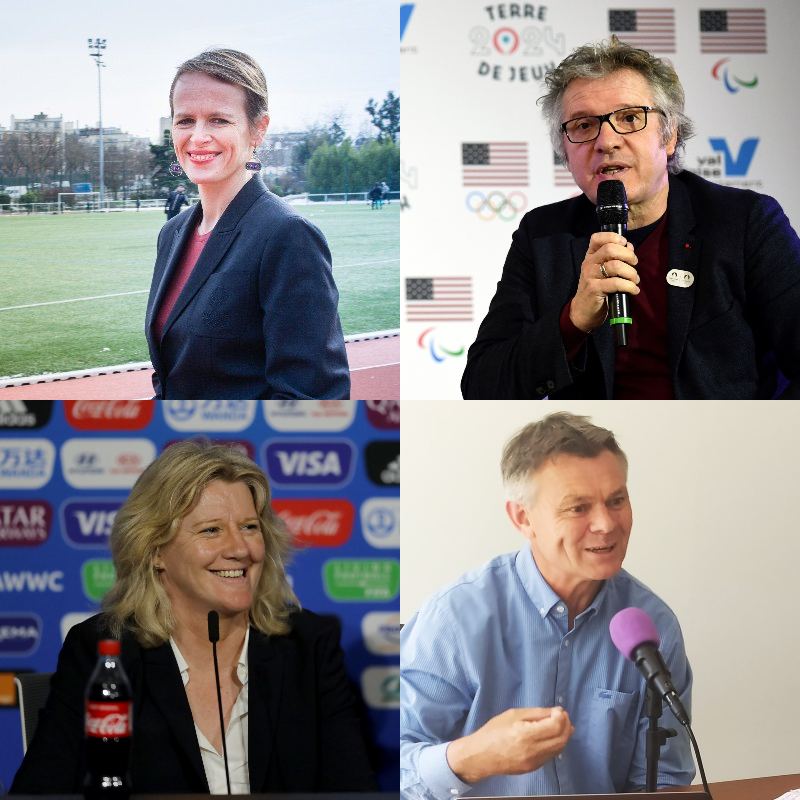 The four candidates to follow Denis Masseglia as President of the French National Olympic and Sports Committee (CNOSF) have taken part in a hustings ahead of the election later this month.

Emmanuelle Bonnet Oulaldj, Brigitte Henriques, Patrice Martin and Thierry Rey are all seeking to be voted President on June 29.

On Wednesday (June 16), the quartet answered questions from the heads of the CNOSF's 108 member federations, who will vote to decide the next President.

The 10 questions asked covered topics such as what projects the candidates have introduced to the French sports movement, how to address a decrease in the number of certified coaches in France and how they would manage the CNOSF's relations with the state and public bodies.

Moscow 1980 Olympic judo champion Rey was the last of the four candidates to formally declare their candidacy for CNOSF President.

Now 62, he is also a former under-60 kilograms world champion and was a youth and sports advisor to ex-French President François Hollande from May 2012 to June 2014.

Rey is additionally a special advisor to Paris 2024.

Henriques, 50, played for the French women's football team and post-retirement has become a vice-president of both the French Football Federation and CNOSF.

Bonnet Oulaldj is co-President of the Workers' Sports and Gymnastics Federation, a grassroots body.

Another CNOSF vice-president, he is also currently President of the International Waterski and Wakeboard Federation European Confederation.

The new CNOSF President is set to hold the reins when the French capital hosts the 2024 Olympic and Paralympic Games.