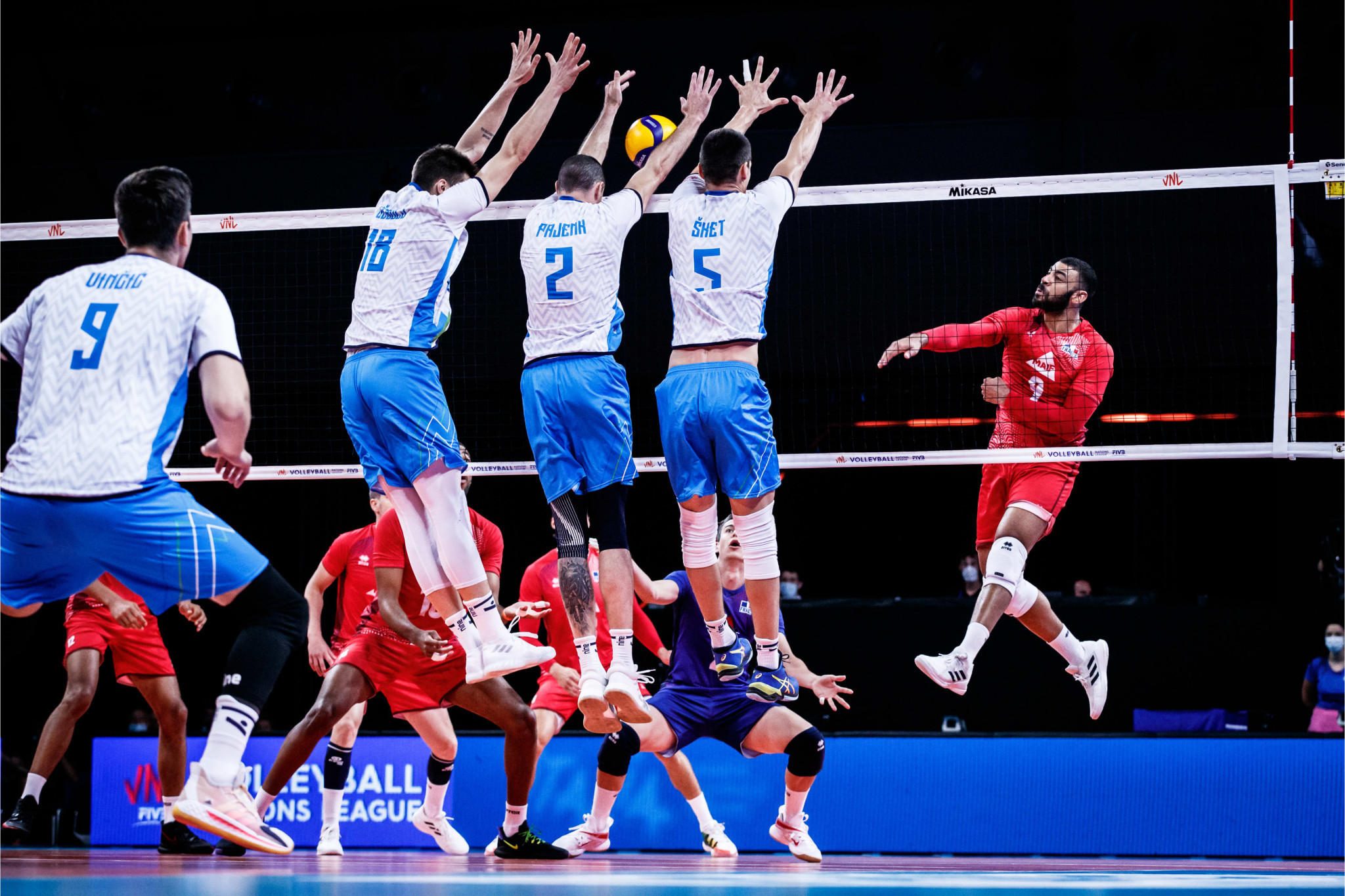 Three Argentina players have been temporarily banned from the Volleyball Nations League (VNL) bubble in Rimini for breaking COVID-19 regulations.

The trio were among nine Argentina players given special dispensation to join the bubble before the designated window due to what were deemed exceptional health circumstances, but "violated the mandatory quarantine by leaving their hotel rooms", according to the International Volleyball Federation (FIVB).

Their accreditations have been withdrawn but will be restored on Sunday (June 12), the FIVB added.

On the court today, Slovenia staged a superb comeback at the Volleyball Nations League (VNL) bubble in Rimini to beat France and move within a point of their opponents in the overall men's standings.

The victory offered a level of revenge for Slovenia, as France has knocked them out of the Olympic qualification tournament in January 2020.

France now have 18 points in third place, with Slovenia one point and one place behind after both sides won six of their opening eight VNL matches.

Poland and Brazil enjoyed three-set wins, versus the Dutch and Bulgarian teams respectively, to remain first and second, but with 21 points they have extended their lead over France.

That results sees Serbia leapfrog Iran, although both have 16 points.