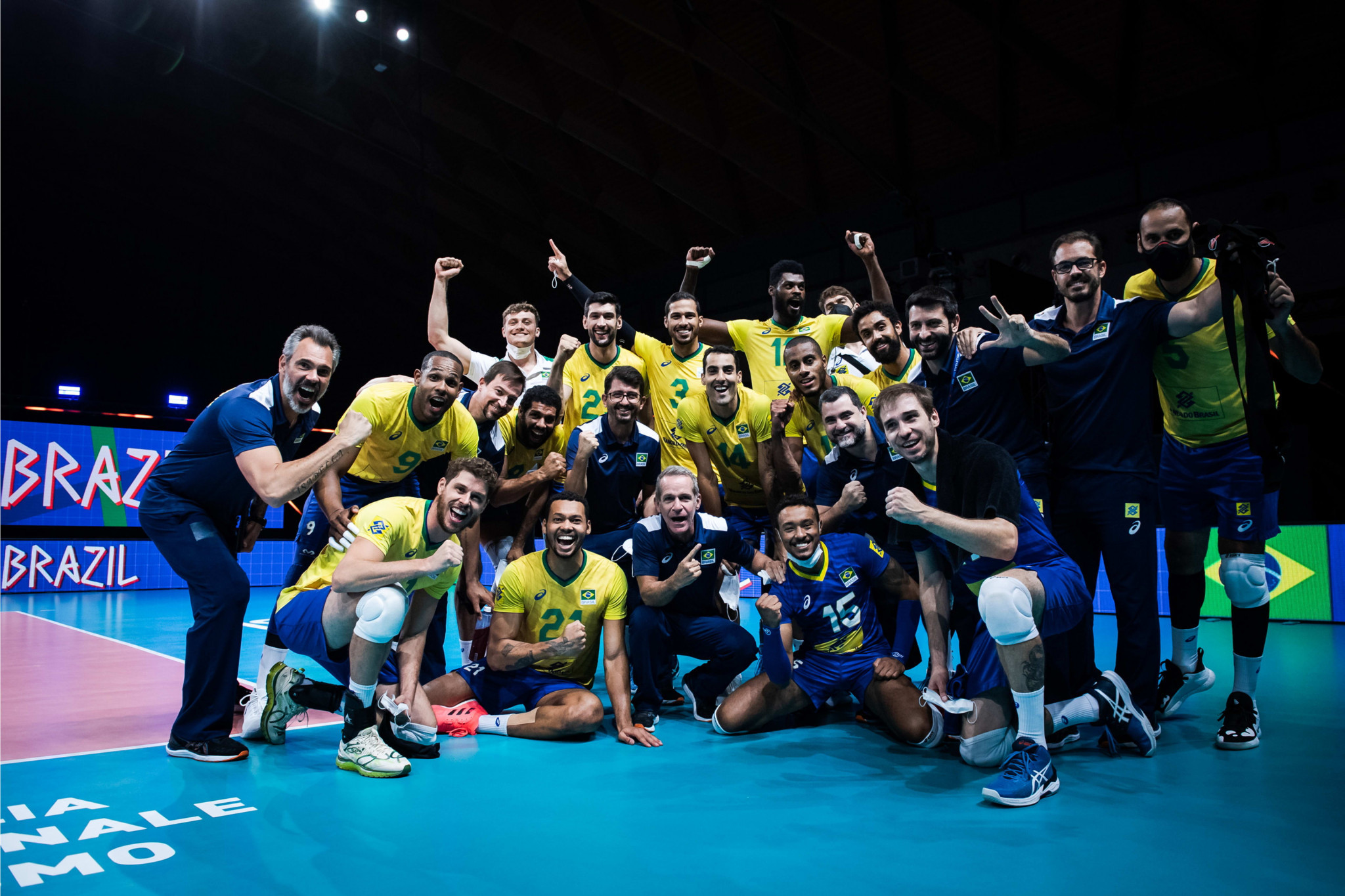 Brazil powered on at the men’s Volleyball Nations League, chalking up their 10th victory in 11 matches with a 3-1 win over Iran in Rimini.

Iran had been surprisingly beaten yesterday by bottom ranked team Australia so came out determined to regain their pride against the Olympic champions at the at the RDS Stadium.

There were several high-quality rallies as Brazil regained the lead by taking the third set 25-19, before clinching victory by taking the fourth set 25-21.

The world champions Poland continued to to pursue Brazil and remained in second place with a 3-0 win over Japan.

France, another side to have suffered a surprise defeat yesterday when they were beaten by The Netherlands, came back strongly.

They defeated the United States 3-1 to move up into third place in the table.

Japan ?? and Poland ?? fought hard in that rally, but it’s tough to find the answer to that finish! ??

Behind them, Serbia, Slovenia and Russia are all locked in a tight battle to qualify for the semi-finals.

There was also a welcome win for hosts Italy, the Olympic silver medallists.

They recorded only their fifth victory of the tournament with a 3-1 defeat of The Netherlands.

In the other match, Canada beat Germany 3-0.

Week four is due to come to an end tomorrow with top-of-the-table Brazil meeting bottom placed Australia.