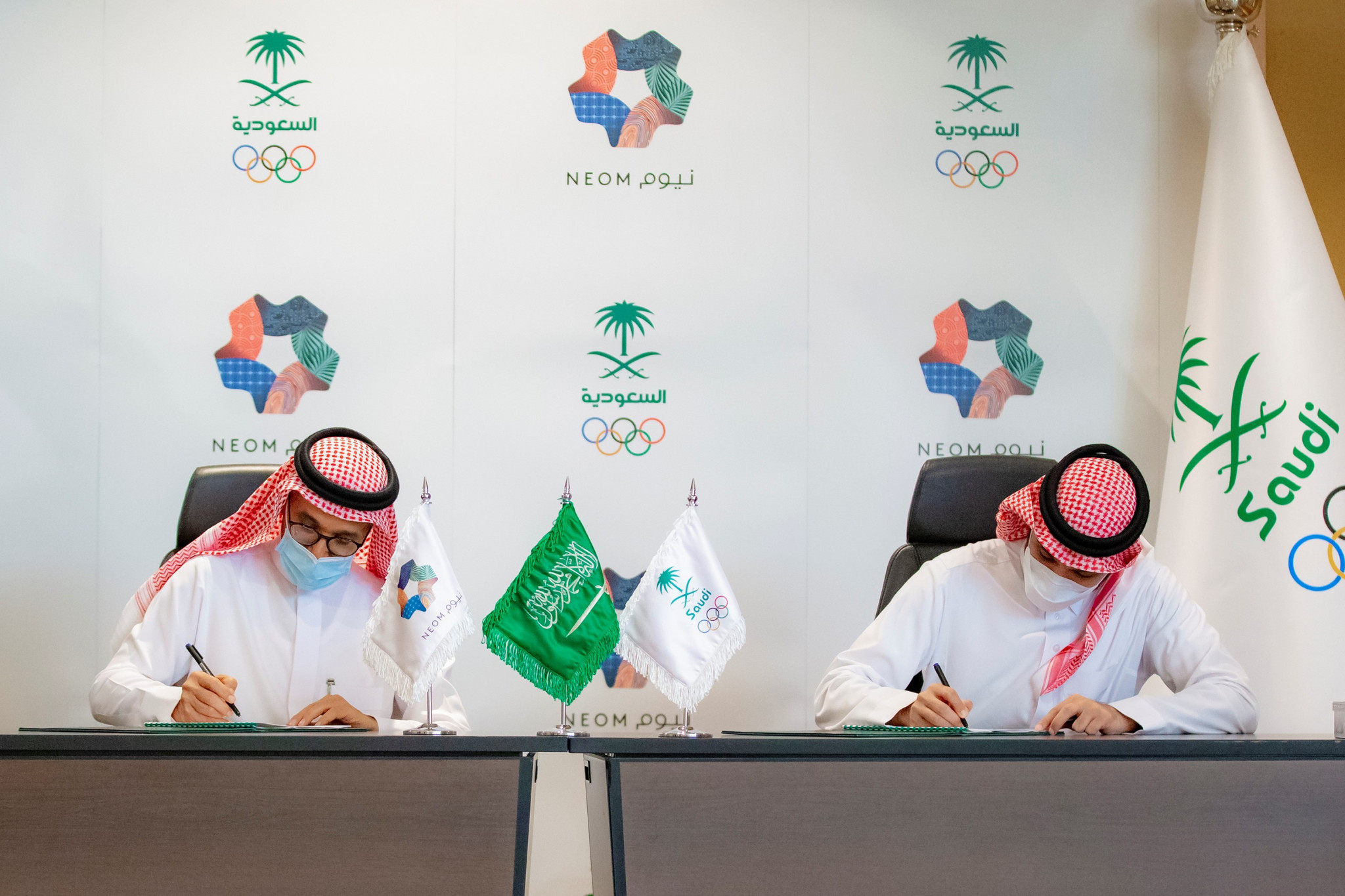 A Memorandum of Understanding (MoU) has been signed between the Saudi Arabian Olympic Committee (SAOC) and Neom, the brainchild of Crown Prince Mohammed bin Salman and designed to be the city of the future, to collaborate on developing and enhancing a world-class sports system in the country.

Under the MoU, Neom will help the SAOC develop centres of excellences for several sports by planning, designing and hosting them.

It also provides a roadmap to hosting international sports events through joint working groups, with representatives from the Ministry of Sports and the SAOC.

Collectively, these activities will help ensure that the Kingdom's sports activities align with Vision 2030.

Saudi Arabia has already been awarded the Asian Games in 2034, is bidding for the 2027 Asian Cup and has been linked to a bid for the FIFA World Cup.

"This partnership is a natural extension of our existing strategy to make Neom a future international sports destination capable of generating innovative investment opportunities and engendering a greater understanding of active lifestyles in the Kingdom," said Ali-Nasr.

"This agreement further emphasises the shared ambitions between our two organisations, which will put Neom on the global map as a modern hub for global sports."

Named from a combination of the Greek word for "new" and the Arabic term for "future", Neom intends to cover an area the size of Belgium at the far north of Saudi Arabia's Red Sea coastline.

The project may include a huge artificial moon, glow-in-the-dark beaches, flying drone-powered taxis, robotic butlers to clean the homes of residents and a Jurassic Park-style attraction featuring animatronic lizards, it has been reported.