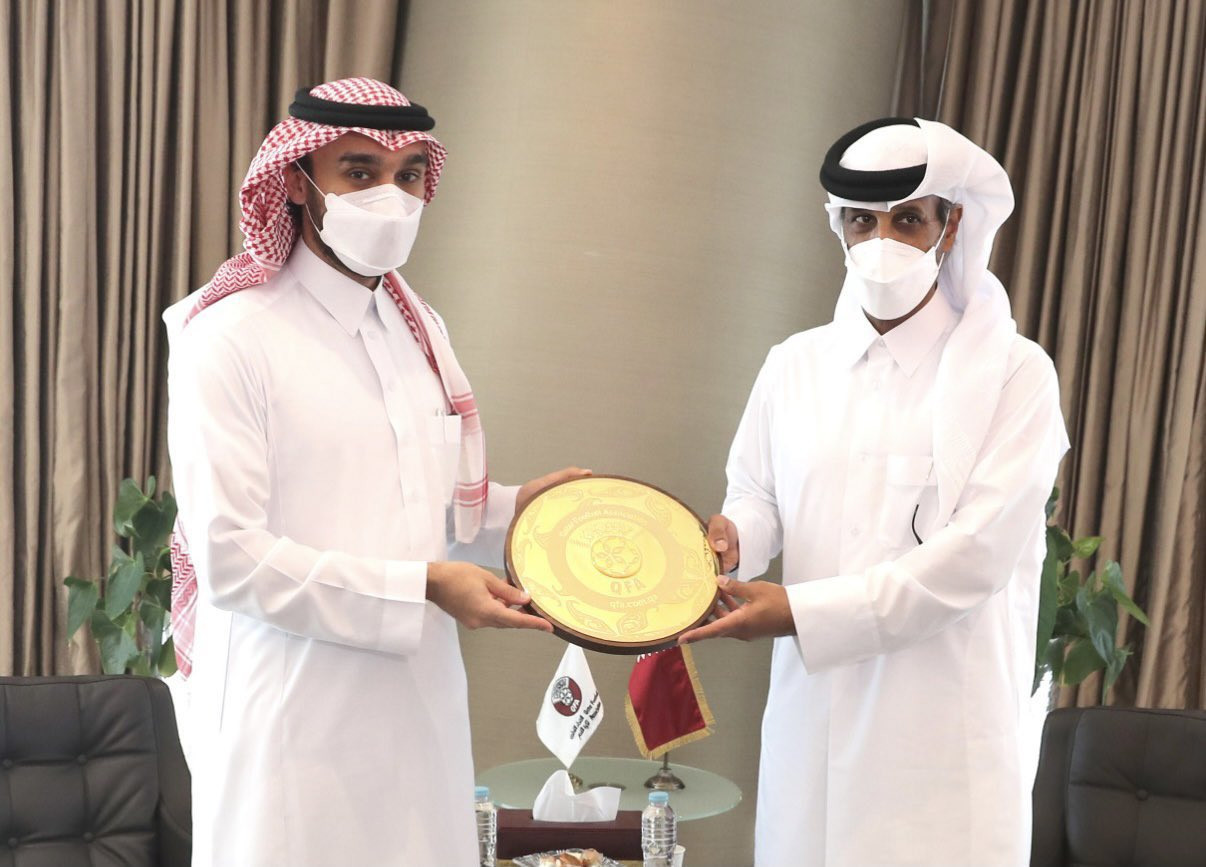 According to Menafn, the pair discussed ways of joint cooperation between the two National Olympic Committees.

Prince Abdulaziz also toured the Qatar Football Association headquarters before congratulating FIFA President Gianni Infantino on the success of the FIFA Club World Cup which was held in Qatar against the backdrop of the coronavirus pandemic.

The meeting between Prince Abdulaziz and Sheik Joaan comes following a thawing in relations between the two Middle East powers, which had been locked in a diplomatic crisis.

Saudi Arabia led a blockade of Qatar in 2017, with the country accusing Doha of supporting terrorism, but their land border has now re-opened and diplomatic relations are in the process of returning to normal.

Both Qatar and Saudi Arabia have made increasing plays for major sporting events in recent times.

The oil-rich nations are both in the race for football's 2027 Asian Cup while Qatar, the 2022 FIFA World Cup host, has said it could bid for the 2032 Summer Olympic Games.

The most recent bidding war saw Saudi Arabia and Qatar battle it out for the right to stage the 2030 Asian Games, with both countries describing their bids as "national priorities".

Following a vote at December’s Olympic Council of Asia General Assembly, Doha was named host of the 2030 edition with Saudi Arabian capital Riyadh awarded the 2034 event.

Both countries have also faced international criticism over their human rights records.

Last month, Amnesty International hit out at Infantino for his appearance in a promotional video for Saudi Arabia.

Infantino claimed in the video that "a lot has changed" in the Kingdom, but Amnesty International believes Saudi Arabia is using sport to distract from its record on human rights.

"It’s worrying that Gianni Infantino has apparently endorsed a video where he hails the 'greatness' of Saudi Arabia but says nothing about its cruel crackdown on human rights defenders," a statement read.