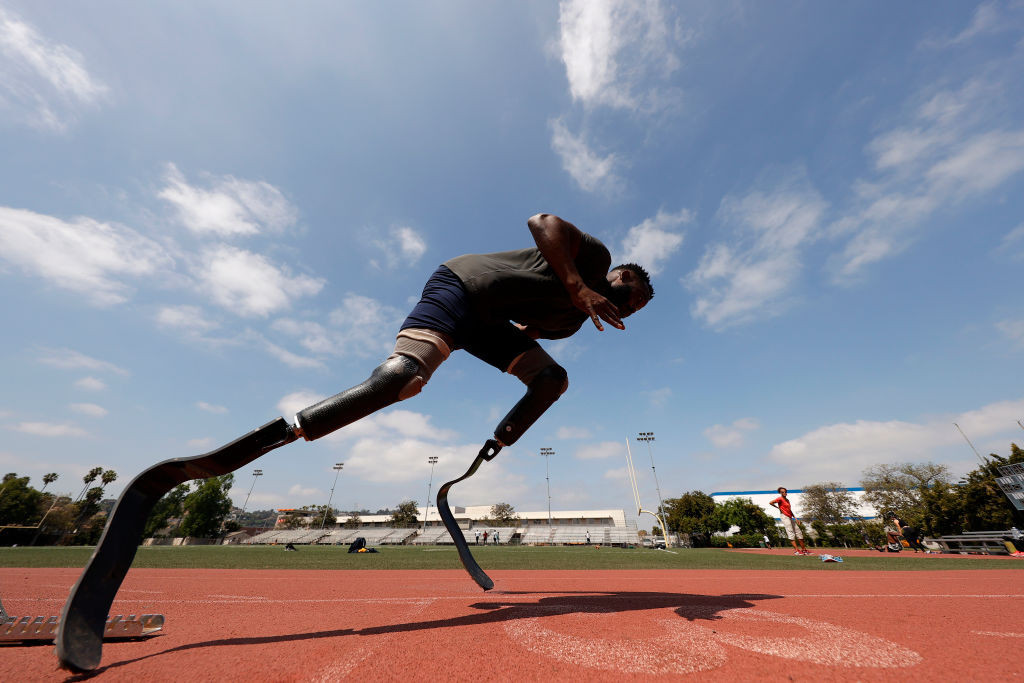 Paralympic sprinter Blake Leeper has failed with his last attempt at being able to compete alongside able-bodied athletes at the delayed 2020 Olympic Games in Tokyo after the Court of Arbitration for Sport (CAS) rejected his appeal against a ruling from World Athletics.

Leeper, who races using running specific prostheses (RSPs), challenged a decision from a World Athletics panel in April which ruled the aids would give him an "overall competitive advantage".

The panel ruled the American double Paralympic medallist, who had hoped to race in the upcoming United States Olympic trials, was "running unnaturally tall" using the RSPs.

Under the "maximum allowable standing height" (MASH) rule, Leeper is not permitted to run at a height greater than 174.4 centimetres.

A previous CAS panel, which also rejected Leeper's appeal, said the RSPs gave him a standing height of 189.2 cm.

Leeper had argued the MASH rule, regularly used in Paralympic competition, was "racially discriminatory" as it had only been verified based on studies conducted on white and Asian people.

While the latest CAS panel "strongly encouraged" World Athletics to verify the MASH rule on black athletes of African descent, it maintained the decision by the global governing body should stand, ending Leeper's hopes of competing against able-bodied athletes at Olympics and at other international events.

"The panel is unable to accept the argument, put forward by Mr Leeper, that the MASH methodology cannot be considered sound unless and until it has been specifically validated by reference to black athletes of African descent," the CAS said.

"The panel therefore concludes that World Athletics has demonstrated on a balance of probabilities that Mr Leeper’s proposed RSPs do confer upon him an overall competitive advantage."

Jeffrey Kessler, Leeper's lead counsel, said they were "so terribly disappointed by these rulings, which perpetuate the injustice" against the 31-year-old.

"Science and history will eventually prove that Mr. Leeper should be permitted an equal chance to compete against all," Kessler said.

"The fight for equality will continue.

"For now, the world will be deprived of seeing Mr. Leeper compete against the best able- bodied athletes and the glory of sports will be dimmed as a result."

World Athletics had ruled in February 2020 that Leeper would not be able to compete against able-bodied athletes using prosthetics at events sanctioned by the organisation.

Leeper, who missed the 2016 Paralympic Games in Rio de Janeiro because of a drugs ban, appealed this decision to the CAS, which upheld the ruling.

The case had echoes of the dispute between World Athletics - then called the International Association of Athletics Federations - and South Africa's Oscar Pistorius.

Pistorius was initially barred him from competing at the Olympics before the ruling was overturned by CAS, allowing him to attempt to qualify for Beijing 2008, but he failed to make the South African team.

Pistorius did compete at the 2012 Olympics in London and reached the 400 metres semi-final.

The South African has since been convicted of murdering his girlfriend Reeva Steenkamp and is currently incarcerated.