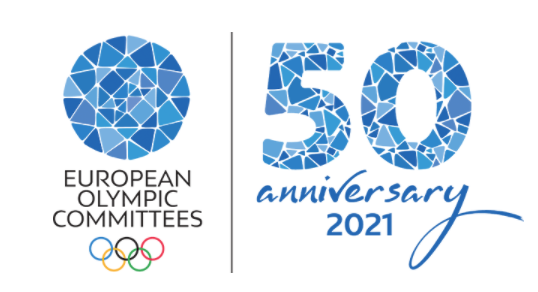 Tomorrow morning at the Grand Hyatt hotel in Athens the 50th anniversary General Assembly of the European Olympic Committees (EOC) will elect either Spyros Capralos, from the hosting nation, or Denmark’s Niels Nygaard as President for the next four years.

Elections will also take place for the Executive Committee, where the proportion of female to male members will be significantly increased following a ruling accepted at the last, virtual General Assembly that there should be a minimum of six women on the 16-person panel.

Capralos said collaboration was critical in the EOC to support National Olympic Committees (NOCs) to prepare for the Olympic Games, European Games, European Youth Olympic Festivals and the Games of the Small States of Europe.

He added that the EOC needed to help NOCs adapt to the new normal in the sports world while still battling COVID-19, as well as spreading Olympic values to inspire sporting and healthy lifestyles across Europe.

"We are a continent rich in diversity and we must celebrate it by finding common ground and unity," Capralos said.

"In order to address these pressing topics, I firmly believe that we need to refresh the EOC leadership.

"Strong leadership will help us strengthen the cooperation with the IOC and grow sport across Europe."

Nygaard meanwhile, who has announced he is stepping down from his DIF Presidency this month, has written in his manifesto: "Over the next four years I believe it will be vital for the success of the EOC that we are able to create a platform and deliver assistance, which can make all 50 European National Olympic Committees successful, valued and respected in our home countries.

"And create a platform on which EOC can work closely with IOC and ensure a strong European voice in order to strengthen the Olympic Movement in Europe and in the rest of the world."

The home contender is considered more of a political heavyweight in this contest, but the election is expected to be close.

At present the President, secretary general, treasurer and acting treasurer are all male, and of the 11 other members of the Executive Committee only two are female - Iceland’s Liney Rut Halldorsdottir and Daina Gudzinevičiūtė of Lithuania.

Sweden’s Gunilla Lindberg, secretary general of the Association of National Olympic Committees, is an ex-officio member.

Gudzinevičiūtė's continuing presence looks assured as she is the only candidate running to become vice-president.

Halldorsdottir is standing again as a member, and other women seeking election are Britain’s Annamarie Phelps, Uschi Schmitz of Germany, Olympic Federation of Ireland President Sarah Keane, Berit Kjoll of Norway, Cristina Vasilianov of Moldova, Victoria Cabezas of Spain and Anneke Van Zanen-Nieberg of The Netherlands.

Following reports on EOC activities and updates on preparations for the Tokyo 2020 Olympics and European Games in Kraków and the Małopolska region in 2023, the five finalists of the sixth Winter Piotr Nurowski Best European Youth Athlete Prize will make presentations to the General Assembly.

The winner will be unveiled during a gala dinner later in the evening.

On day two of the general assembly, reports on the EOC Strategic Agenda 2030, the European Union, upcoming editions of the European Youth Olympic Festivals and the Games of the Small States of Europe are scheduled.

The assembly will close with a vote on the host of the 51st EOC General Assembly in 2022.

Throughout the General Assembly, the EOC's 50th anniversary will be commemorated with highlights from last five decades of sport.