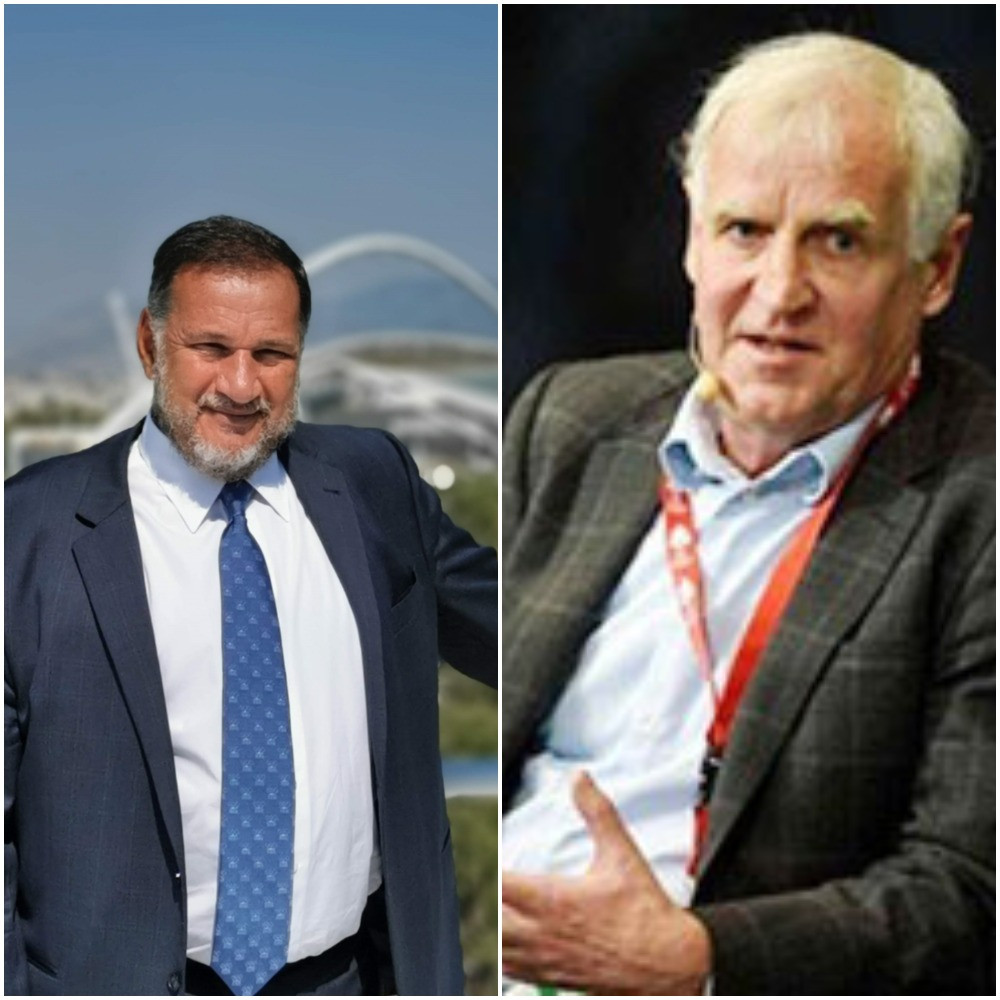 Denmark's Niels Nygaard and Greece's Spyros Capralos have announced their candidacies for President of the European Olympic Committees (EOC).

The two officials confirmed their intention to stand in next year's election during the conclusion of the EOC virtual General Assembly today.

Hellenic Olympic Committee (HOC) President Capralos was first to announce his candidacy, claiming the EOC required a "refresh" in its leadership.

Capralos said collaboration was critical in the EOC to support National Olympic Committees (NOCs) to prepare for the Olympic Games, European Games, the European Youth Olympic Festivals and the Games of the Small States of Europe.

He said the EOC needed to help the NOCs adapt to the new normal in the sports world while still battling COVID-19, as well as spreading Olympic values to inspire sporting and healthy lifestyles across Europe.

The International Olympic Committee (IOC) member said this would be key to Europe’s social and economic recovery.

"We are a continent rich in diversity and we must celebrate it by finding common ground and unity," Capralos said.

"In order to address these pressing topics, I firmly believe that we need to refresh the EOC leadership.

"Strong leadership will help us strengthen the cooperation with the IOC and grow sport across Europe.

"It will ensure autonomy, support and equality for all of Europe’s NOCs, and will encourage us all to openly share experiences and best practice to fulfil our strategic plan.

"That is why today, following the decisions of our General Assembly, I am excited and proud to officially announce my candidacy for the Presidency of the EOC.

Capralos' announcement prompted Acting EOC President Nygaard to also confirm he will seek the position on a full time basis.

"I can today also announce I will be willing to continue to work as EOC President," Nygaard said.

"I believe it really is in the spirit of the sports movement that we do have competitions.

"It is a good situation for Europe that there are at least two candidates.

"No matter who is elected in April, it is important for us to work together.

"I believe the way we have been working in the EOC Executive Committee over recent months shows they way we can work together in Europe.

"I am looking forward to the coming months and having a good and friendly competition with Spyros and maybe others."

The EOC has been without a permanent President following the passing of Janez Kocijančič in June, with Nygaard serving as Acting President since.

Nygaard was elected EOC vice-president in 2017 and has been part of the Executive Committee since 2013.

The 67-year-old has served as President of the NOC and Sports Confederation of Denmark since 2007.

Capralos, a former water polo player who represented Greece at the 1980 and 1984 Olympic Games in Moscow and Los Angeles, respectively, has sat on the EOC Executive Committee since 2013.

He has served as HOC President since 2009 and was chair of the Baku 2015 and Minsk 2019 Coordination Commissions for the first two editions of the European Games.

Capralos became the first Greek member of the IOC since 2015 last year after being elected at the Session in June.

The 65-year-old had previously been warned by the IOC Ethics Commission following his link to black market ticket sales for the 2012 Olympic Games in London.

The two candidates will seek to become the fifth President of the EOC since the organisation changed to its current name and form in 1995.

Ireland’s Patrick Hickey served as the third EOC President, before he self-suspended himself from all of his sporting positions following his arrest at the Rio 2016 Olympics.

This led to Kocijančič being elected President in 2017.

Next year’s General Assembly is expected to take place on April 16 in Athens.

The General Assembly had been scheduled for October, but the EOC Executive Committee brought the date forward to avoid conflict with the IOC Session in March in Athens and ahead of the postponed Tokyo 2020 Olympic Games.

The motion received unanimous support from the delegates present online.

A vote will also be held on an amendment to ensure that a minimum five of the 16 Executive Committee members be of each gender.

The motion had been proposed by the Olympic Federation of Ireland (OFI).

A total of 49 valid votes were cast, with 43 approving the motion and six against.

"There are a lot of views on how you might progress the gender agenda, and strive for balance; the most important thing, though, is taking concrete action.

"As a European community we are made up of diverse nations, and we value and thrive on this diversity; today we saw the extent of how sport binds us together.

"It is inspirational to see the EOC leading from within.

"Through discussion, through listening, learning and sharing we have the ability to make substantial change, and today’s progress is testament to that.”

Confirmation was also made for the host cities of the European Youth Olympic Festivals (EYOF) in 2025.

Borjomi and Bakuriani in Georgia was named as the host of the winter event last year, with Brno in Czech Republic announced as the summer host.

The decisions were ratified at the General Assembly.