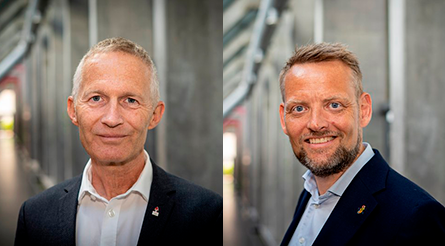 Thomas Bach and Hans Natorp have been nominated to replace Niels Nygaard as President of the National Olympic Committee and Sports Confederation of Denmark (DIF) prior to the election later this month.

Nygaard is standing down after 14 years in the role as he seeks to become the head of the European Olympic Committees (EOC).

Bach was put forward for the position by the Danish Workers' Sports Association, while Natorp was nominated by the Danish Sailing Union.

The election is due to take place during the DIF Annual General Meeting (AGM) on June 19.

Bach and Natorp recently held a Presidential debate, where topics including regaining "lost members" following the COVID-19 crisis and the country's relationship with nations such as Qatar were discussed.

Nygaard is one of two candidates in the running to become President of the EOC, alongside Greece's Spyros Capralos, at the General Assembly on June 10 and 11.

Nygaard has led the DIF since 2007, when he replaced Kai Holm, and first joined the organisation nearly 30 years ago.

Eight candidates are vying for one of the DIF's four non-executive board seats at the AGM.

Denmark has won 194 medals at the Olympics, all of one of which have come at the Summer Games.