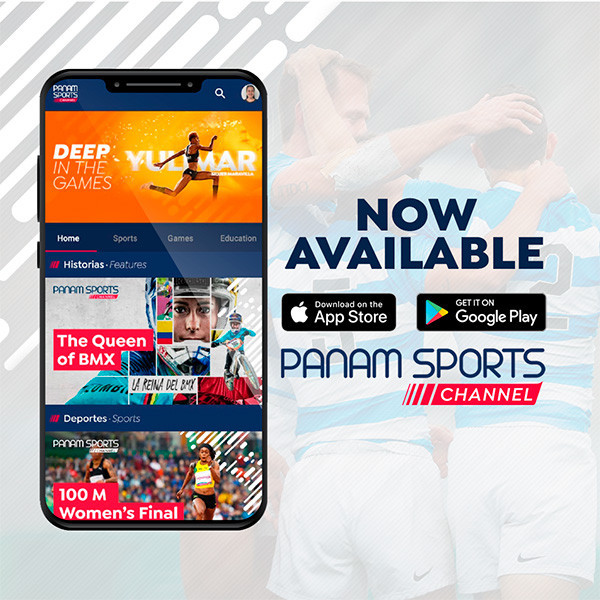 Panam Sports has launched a new series called Without Borders on its Apple and Google channels.

Each episode of the series Is set to feature more than 30 minutes of sports action, interviews, social media highlights and in-depth reports that will be produced in the new television studio located in the Panam Sports office in Santiago in Chile.

The series features news from Panam Sports important "correspondents" at the National Olympic Committees (NOCs) with updates and reports about athletes and organisations from across the continent as they look forward to upcoming events, including this year’s Junior Pan American Games in Cali and the 2023 Pan American Games in Santiago.

Without Borders is being hosted by Chilean-Mexican journalist Daniella Santos, a reporter and sports fan who has spent much of her life in the United States and has previously worked for ESPN.

Working alongside her is a group of professionals from Panam Sports, who in addition to contributing to this new series will also facilitate the live broadcasts of Pan American Qualifying events.

The first episode of Without Borders featured an exclusive interview from Cuba with three-time Olympic wrestling champion Mijain Lopez.

The five-time world and Pan American champion shared how he is preparing for the re-arranged Olympic Games in Tokyo 2020.

The show also included a complete report on the first face-to-face meeting of the year for the Panam Sports Athlete Commission in Miami, as well as the Across the Americas segment with reports from the NOCs regarding the latest athlete qualifications for Tokyo 2020.

To view the first edition of Without Borders click here for Apple and here for Google Play.