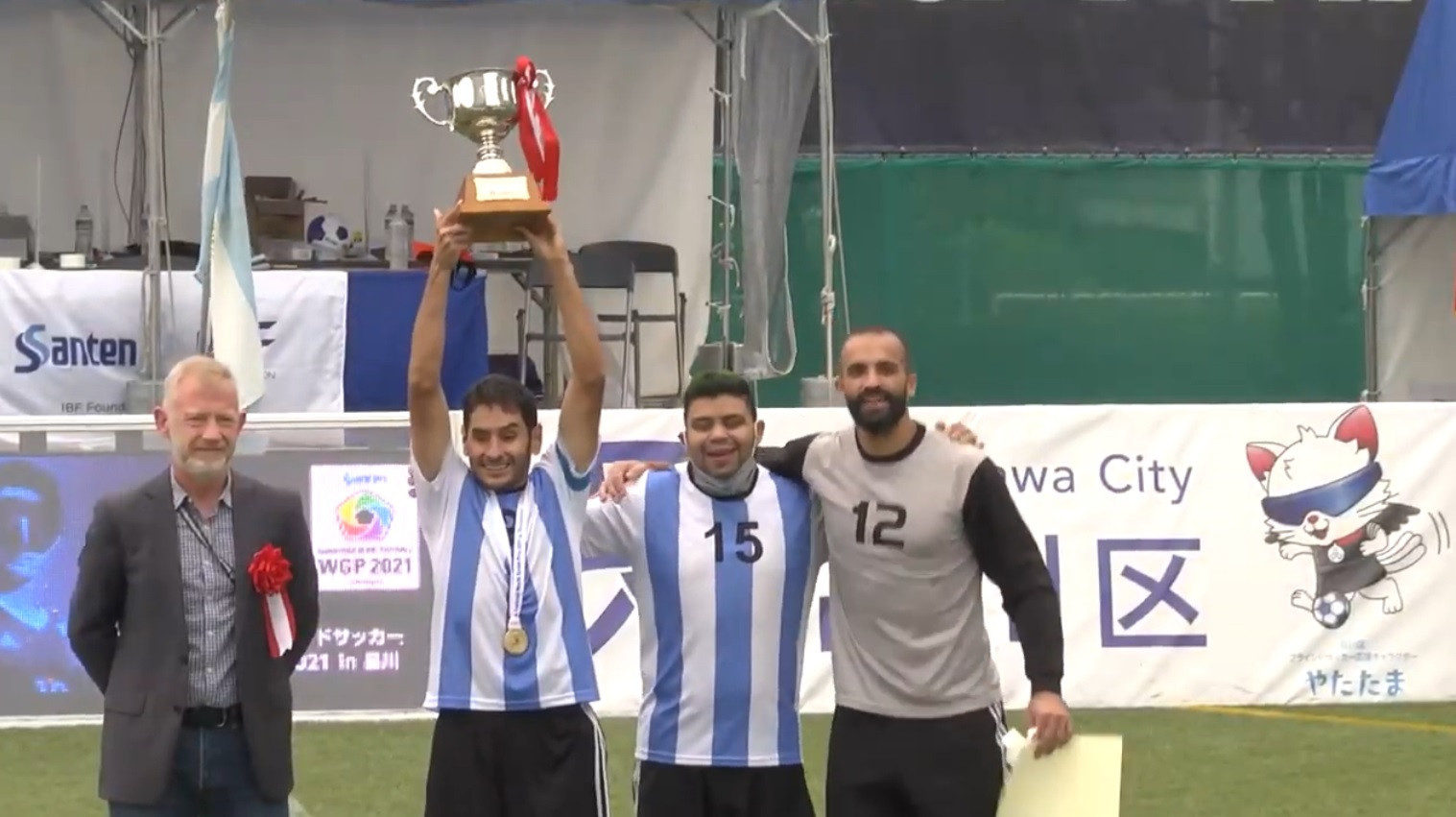 Staged as a precursor to the tournament at Tokyo 2020 with five of the eight qualified teams for this year's Paralympics taking part, Argentina prevailed courtesy of a 2-0 victory over hosts Japan in today’s final.

Maximiliano Espinillo scored both goals as Argentina finished the tournament with four wins and one draw.

Japan were the only side to deny the Rio 2016 bronze medallists three points in the group stages thanks to a goalless draw.

But the host nation found themselves behind midway through the first half when Espinillo showed great footwork to get away from three players before finding the bottom corner.

Espinillo then bagged his second five minutes later with a similar finish after holding off a defender as Argentina went on to seal the title.

Spain secured the bronze medal after a 1-0 win over Thailand, who are set to make their Paralympic debut in Tokyo.

The only goal of the third-place playoff came one minute before half-time.

The Blind Football Grand Prix was the first IBSA-sanctioned competition since November 2019.

No spectators were at the event as part of organisers’ measures to combat the spread of COVID-19.

Tokyo is under a state of emergency until June 20 because of the pandemic.