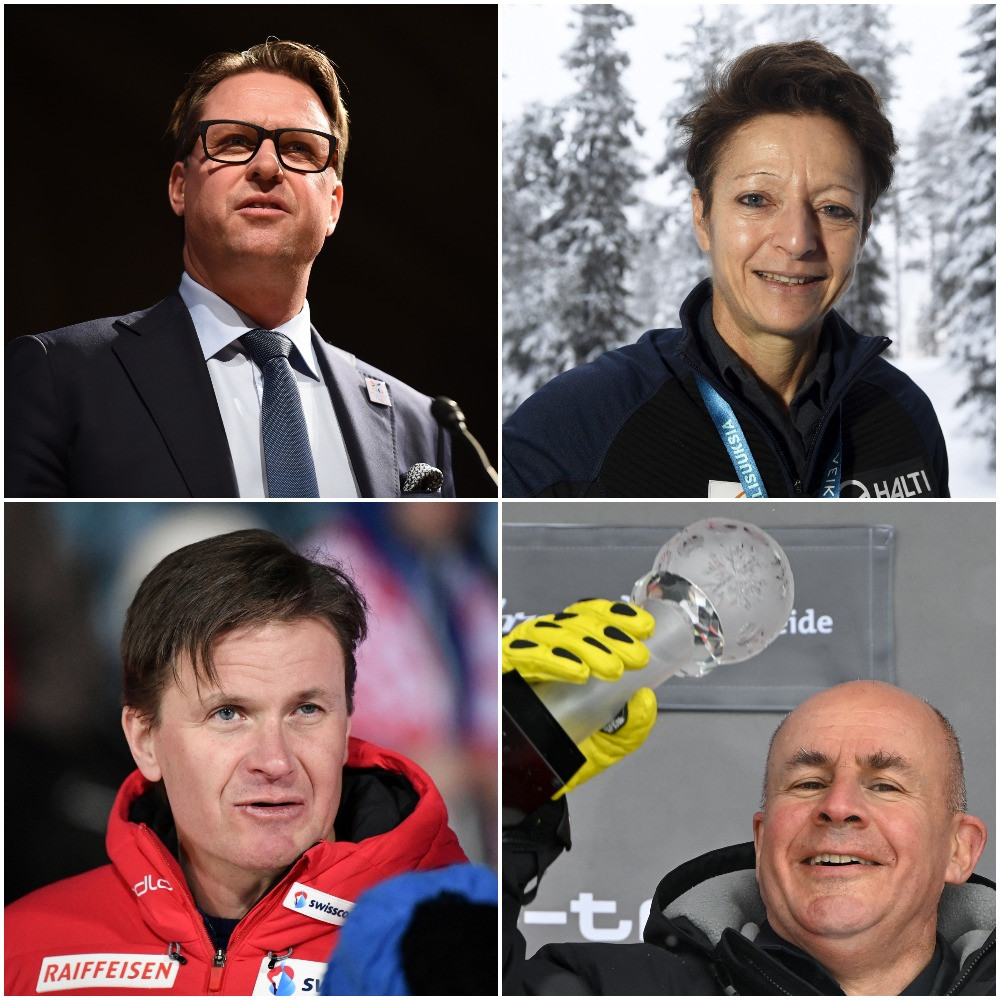 There is a four-way battle to replace Gian-Franco Kasper as head of the International Ski Federation (FIS) as the worldwide governing body prepares to stage its eagerly-awaited virtual Presidential election tomorrow.

Kasper is set to step down after 23 years in charge of the organisation, providing an opportunity for a new face to take the helm.

The 77-year-old Swiss official announced in November 2019 his intention to end his long service to the FIS at the organisation’s Congress which was due to be held in Zürich in Switzerland last October.

But Kasper, an honorary member of the International Olympic Committee, was forced to delay his retirement when the Congress was postponed due to the coronavirus pandemic.

Since then, four candidates have put forward their cases to succeed Kasper and will be on the ballot box at tomorrow’s elections, which will be staged online for the first time.

Årjes, Eliasch and Lehmann are also among the 20 nominated candidates for the FIS Council should they not be elected as the successor for Kasper.

Each Presidential candidate will have the opportunity to give a 10-minute presentation at the Congress, with Council candidates having five minutes.

Lewis has been nominated for the top job by the Royal Belgian Ski Federation after her home national association, GB Snowsport, put forward Eliasch last year.

After 20 years as secretary general, Lewis was voted out by the FIS Council last October, but she insists the "snow has melted" as she focuses on her campaign to become the first-ever female FIS President.

Since her shock dismissal, Lewis revealed the response from National Ski Associations (NSAs) fuelled her bid to replace Kasper and helped her to become a "more accomplished" leader.

Lewis, who competed in Alpine skiing at the 1988 Winter Olympic Games, pledged to renounce her Presidential salary and set up a COVID-19 recovery fund if she succeeds Kasper.

She has also pledged to introduce governance reforms and ensure athletes have a greater say in the decision-making process at the FIS.

Årjes, re-elected as SOC President in April, has pledged to launch an "immediate review" of the organisation if he becomes FIS President.

The Swedish Ski Association has nominated Årjes for the top job and claims his review will be the "greatest" in the sport’s history as it aims to identify areas where the FIS can improve.

Årjes wants to "modernise" the FIS and believes there is "huge potential" to grow the organisation.

Eliasch has targeted a review of formats and the scheduling of competitions, implementing state of the art media and "breaking down barriers" should he be elected as FIS President.

The 59-year-old said he would immediately step down from his role as chief executive at Head to focus on the FIS position where he hopes to deliver "incremental, step by step reform".

Should Lehmann win the election, the Swiss-Ski President vowed to give smaller nations a platform to exchange knowledge and create an FIS that will "serve all members".

Lehmann's manifesto is dedicated to fostering a "highly cohesive and united FIS" as he bids to overhaul the organisation’s governance structure and outline long-term goals in an "FIS Strategy 2025".

Dean Gosper of Australia, Wojciech Gumny of Poland, Roman Kumpost of the Czech Republic, Tzeko Minev of Bulgaria, Aki Murasato of Japan, Dexter Paine of the United States, Ken Read of Canada and Flavio Roda of Italy are among the other 17 nominations for FIS Council places.

They are joined by Erik Roeste of Norway, Peter Schroecksnadel of Austria, Enzo Smrekar of Slovenia, Franz Steinle of Germany, Martii Uusitalo of Finland, Eduardo Valenzuela of Spain, Michel Vion of France, Elena Vyalbe of Russia and Zheng Liangcheng of China.

The term-length of all elected individuals is until the 53rd FIS Congress, scheduled for late spring in 2022.

Cape Verde and Tanzania are set to become associate members of the FIS.

The FIS Council accepted provisional applications from the two African countries, which will now be put forward to the Congress for approval.

Panama, United Arab Emirates and Vanuatu are also due to become associate members at the Congress.

Lumi Global and Sceno Tech have been appointed by the FIS to deliver the online meeting.