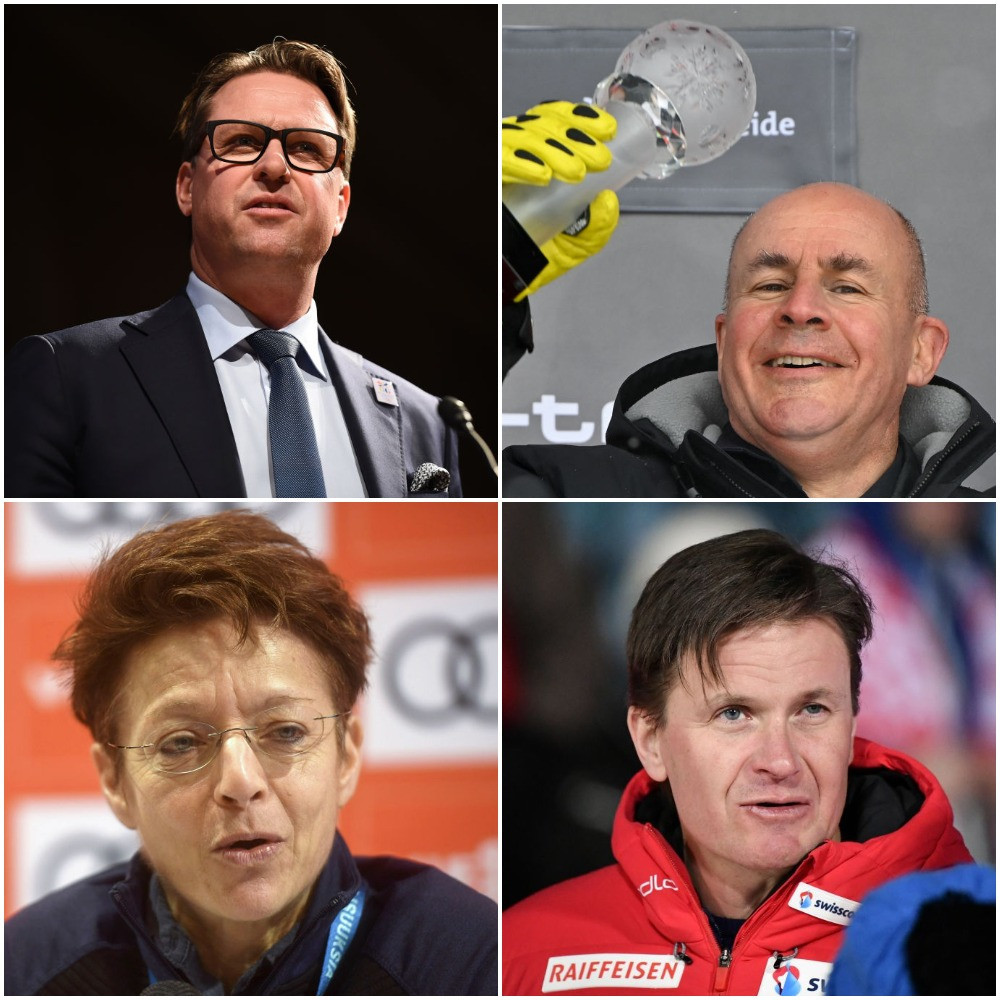 The International Ski Federation (FIS) has confirmed the four candidates bidding to succeed longstanding head Gian-Franco Kasper as President during its virtual Congress next month.

All four applicants who had declared their intention to stand for the role will be on the ballot box for the online vote on June 4.

Årjes, Eliasch and Lehmann are also among the 20 nominated candidates for the FIS Council should they not be elected as the replacement for 77-year-old Swiss incumbent, who has held his position since 1998.

Lewis has been nominated for the top job by the Royal Belgian Ski Federation after her home national association, GB Snowsport, put forward Eliasch last year.

She was removed as secretary general by the Council in October of last year and the FIS faced criticism for how it announced the news as the organisation only published a short statement confirming the news.

The FIS initially stated the decision was "based on a complete loss of confidence".

The setback has not deterred Lewis from seeking to become the first female to lead the FIS, however.

"I am now making this journey for one reason - to work together to build a FIS that is fully representative of the global ski and snow sport community, and fully equipped to take us well into the second centennial of FIS, with a crystal clear plan, transparency and accountability," she said.

Lewis, who competed in Alpine skiing at the 1988 Winter Olympic Games in Calgary, has vowed to implement a COVID-19 recovery fund for National Associations and promised to renounce any Presidential salary if she is elected.

She has also pledged to introduce governance reforms and ensure athletes have a greater say in the decision-making process at the FIS.

Årjes, re-elected as Sweden’s NOC President last month, has pledged to launch an "immediate review" of the organisation if he becomes FIS President.

The Swedish Ski Association has nominated Årjes for the top job and claims his review will be the "greatest" in the sport’s history as it aims to identify areas where the FIS can improve.

Eliasch has claimed the FIS needs to find more television-friendly formats and told the Austrian newspaper Kleine Zeitung in April 2020 that he would not take a salary should he be elected President, while adding that increased TV coverage and revenues could be put towards investment in the sport.

Lehmann, who has been a highly successful President of the Swiss Ski Association since 2008, will seek to become the third successive Swiss FIS President following Kasper and his predecessor Marc Hodler.

Kasper was due to stand down as FIS President after 22 years in charge last June but was granted an extension to his term after the FIS postponed its Congress to 2021 because of the coronavirus pandemic.

The FIS will now undertake a full background check and review all documents from each candidate and confirm their eligibility to serve as the President or on the Council.

Each Presidential candidate will have the opportunity to give a 10-minute presentation to the General Assembly, with Council candidates having five minutes.

The term-length of all elected individuals is until the 53nd FIS Congress, scheduled for late spring in 2022.

Two athlete representatives, American freestyle skier Hannah Kearney and Finnish cross-country skier Martti Jylha, have been appointed to the Council by their fellow Athletes’ Commission members for the upcoming term and will be confirmed by the FIS Congress.